How to Experience the Secrets of the Sistine Chapel

The Last Judgement took four years to complete and depicts the second coming of Christ and God’s final judgement of all humanity. What if we were to say that there was something that could take you beyond what you once knew about the fresco and the life of Michelangelo during its painting? Something that injects a sense of modern appeal into this famed piece, bringing it to life in a brand new music show? If you’ve ever wondered about the behind-the-scenes of this work, then just keep on reading.

Director and producer Marco Balich is already well-known for his design of Olympic opening ceremonies, but he’s now gained further popularity for an entirely different reason: his production of a show about Michelangelo’s Last Judgement.

Created alongside expert advisers from the Vatican Museums, the show follows the story of the creation of Michelangelo’s masterpiece within the Sistine Chapel. Today’s post goes into detail on the show itself: an agenda of what goes on, the context of the show, and what was achieved in its creation. 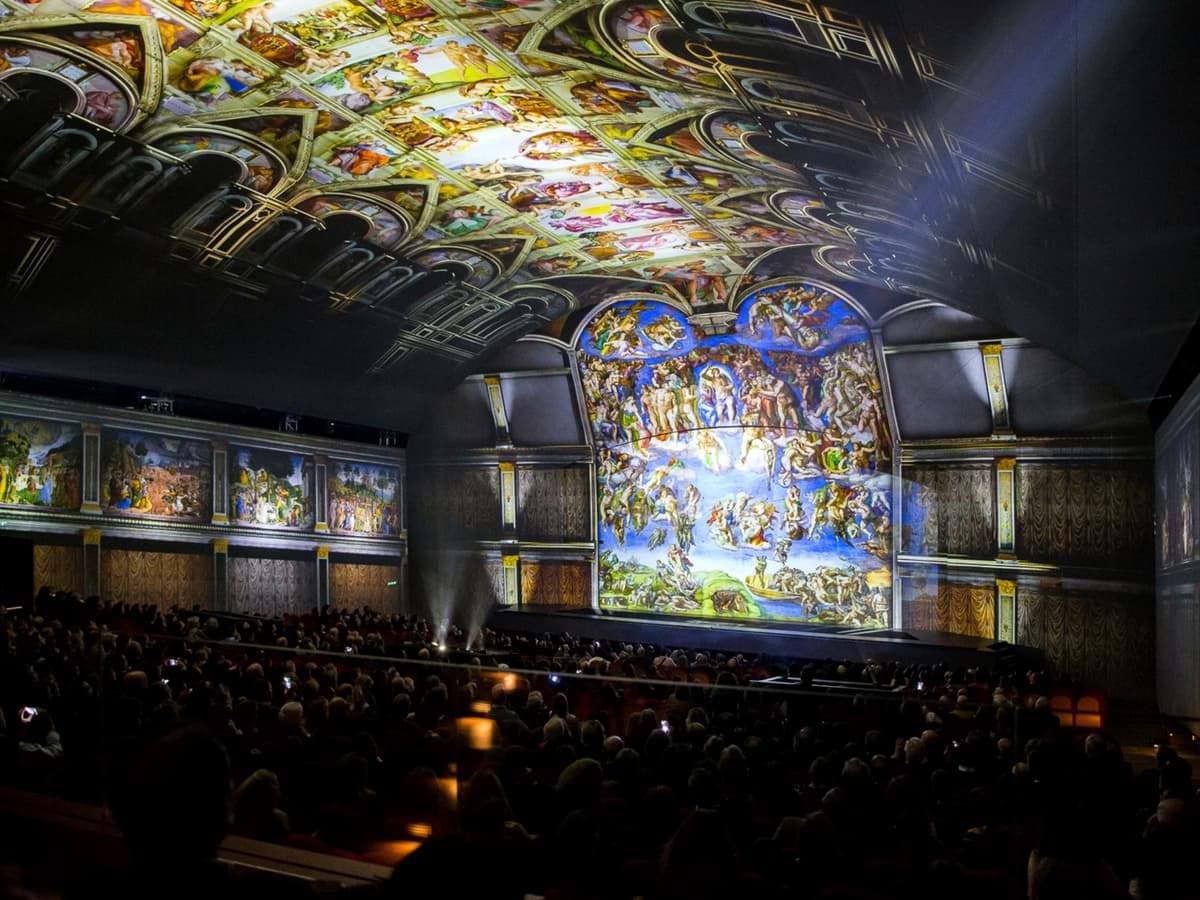 What You’ll Experience Throughout the Show

So, how is this different from any other live show, you ask? It’s not the typical play or performance that we come to expect in the theater: it takes a much more modern approach. The show places a lot of importance on visuals, which you’ll see lit up all around you on transparent screens, the ceiling and the walls of the auditorium. Some of what you’ll see around you are colorful ribbons, tomb-like scriptures, and recreations of Michelangelo’s all-important frescoes.

With a combination of expert design and special effects, these vibrant projections are effortlessly eye-catching and look almost 3D. Dancers pirouette fluidly across the stage, using their deft movements to portray Michelangelo’s emotions throughout. The actors will leave the stage at different stages during the show, walking into the crowd while maintaining composure and continuing the performance. The coordinating music that you’ll hear has a fitting dramatic air to it and has been pre-recorded by a full orchestra. 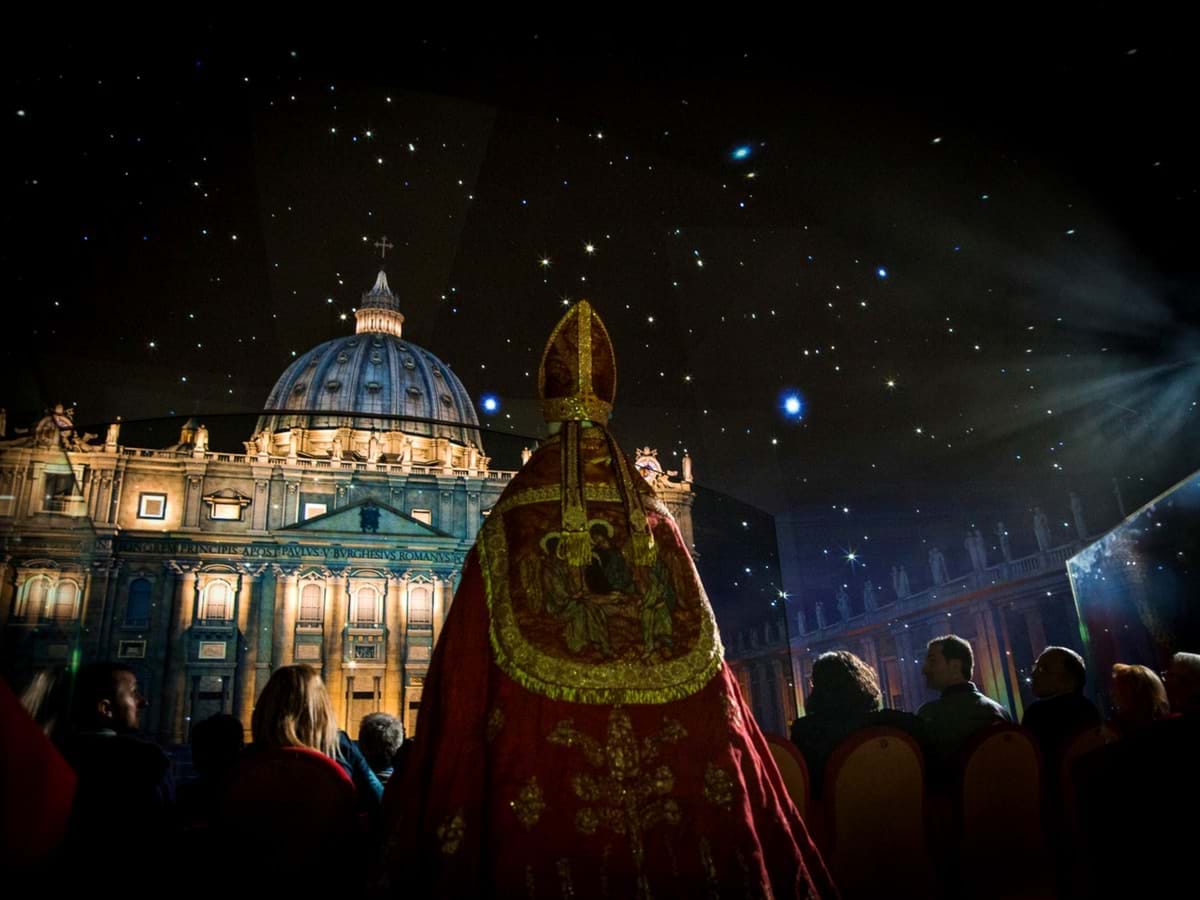 Contribution from the Vatican Museums

Balich worked alongside the Vatican Museums on this project to give an accurate representation of this time in history. Despite giving Balich creative freedom, they ensured that the content of the show was historically accurate throughout.

The experts from the Vatican also assisted in the recreation of the digital projections of the frescoes of the Sistine Chapel, as well as offering a thorough perspective on the relationships that Michelangelo shared with both Pope Julius II and Pope Clement VII. 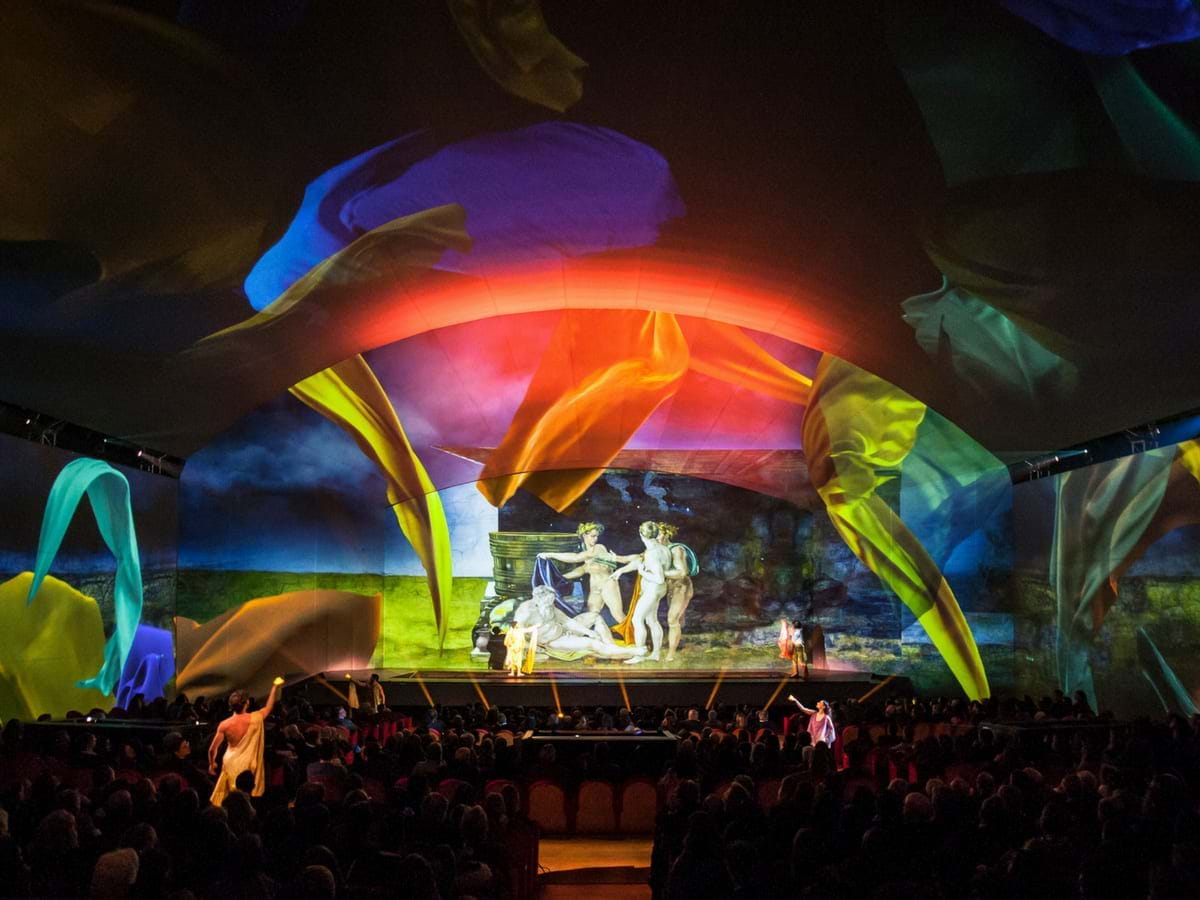 It’s an entirely unique experience when it comes to learning about art, as this modern twist of special effects, visuals, and music bring the piece to life in a whole new way. The music from the show was composed by ‘80s legend and The Police frontman Sting, so you can already imagine how good that’ll be!

Balich used visuals and special effects to specifically target the newer generations, who live digitally through advanced technologies like the Play Station and Netflix. In this way, he’s allowing for every age bracket to become transfixed and enjoy what they see and hear.

Because it’s not like a usual trip to the museum, this show is bound to be intriguing and enjoyable for all types of audience. The point of the Last Judgement piece is to educate and amuse by blending art and entertainment, as well as imbuing the strong emotional impact that’s present throughout the show.

If this post has piqued your interest, you can buy tickets to the Last Judgement show here or pair the show with a fully-guided tour of the Vatican Museums!

Take a look at our list of Sistine Chapel Tours.

How & Where to Celebrate the 4th of July Abroad

5 Romantic Things to Do in Venice