Dressed in their iconic yellow, red and blue uniforms, the Vatican’s Swiss Guard might remind you of jesters from Renaissance times. Don’t let their eccentric clothes fool you though, these guards make up one of the most skilled armies in the world. This colorful combat is made up of just 135 guards, making it the world’s smallest army. These guards are tasked with protecting the Pope and the Apostolic Palace. Visitors on a tour of the Vatican are always fascinated by these eye-catching guards, now you can be too as we divulge 6 surprising facts we bet you didn’t know about the Swiss Guards of the Vatican.

1. History of the Swiss Guards 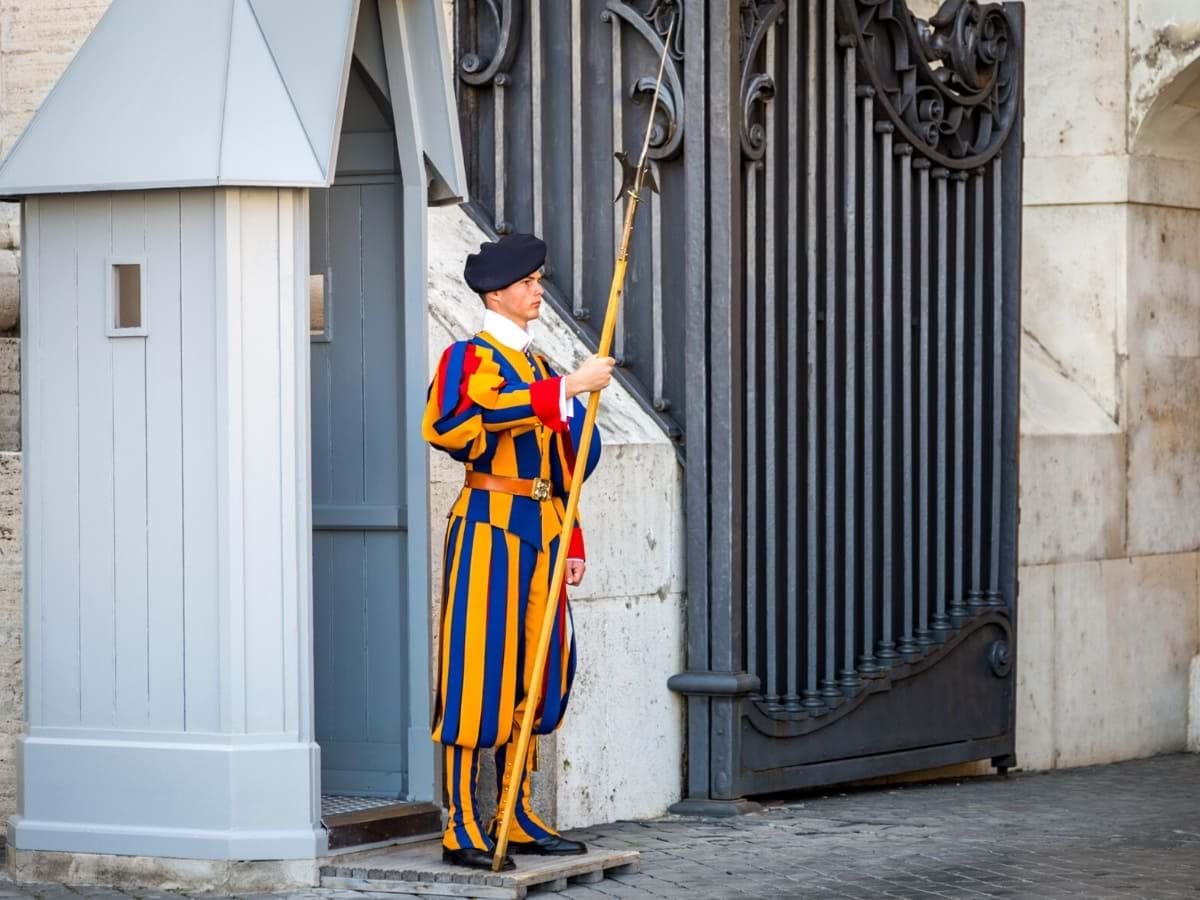 Switzerland might be one of Europe’s wealthiest countries today, but 500 years ago the Swiss economy was struggling, and young men often traveled abroad as mercenaries. These mercenaries were skillfully trained fighters and as a result they were highly sought after in Renaissance Europe. In 1506, Pope Julius II established the Pontifical Swiss Guard, making it among the oldest military units in continuous operation. The Swiss Guards you’ll see in post on your Vatican tour still retain a lot of the customs and quirks they held during the Renaissance era.

Before applying to the posts, candidates must ensure that they meet strict requirements. Each recruit must be a single male of Swiss citizenship. They must measure at least 5’ 8’’ tall and be between the ages of 19 and 30. They must be educated and hold either a high school degree or a professional diploma. Needless to say, each recruit must be a devote Roman Catholic and their application must be endorsed by their local parish priest. 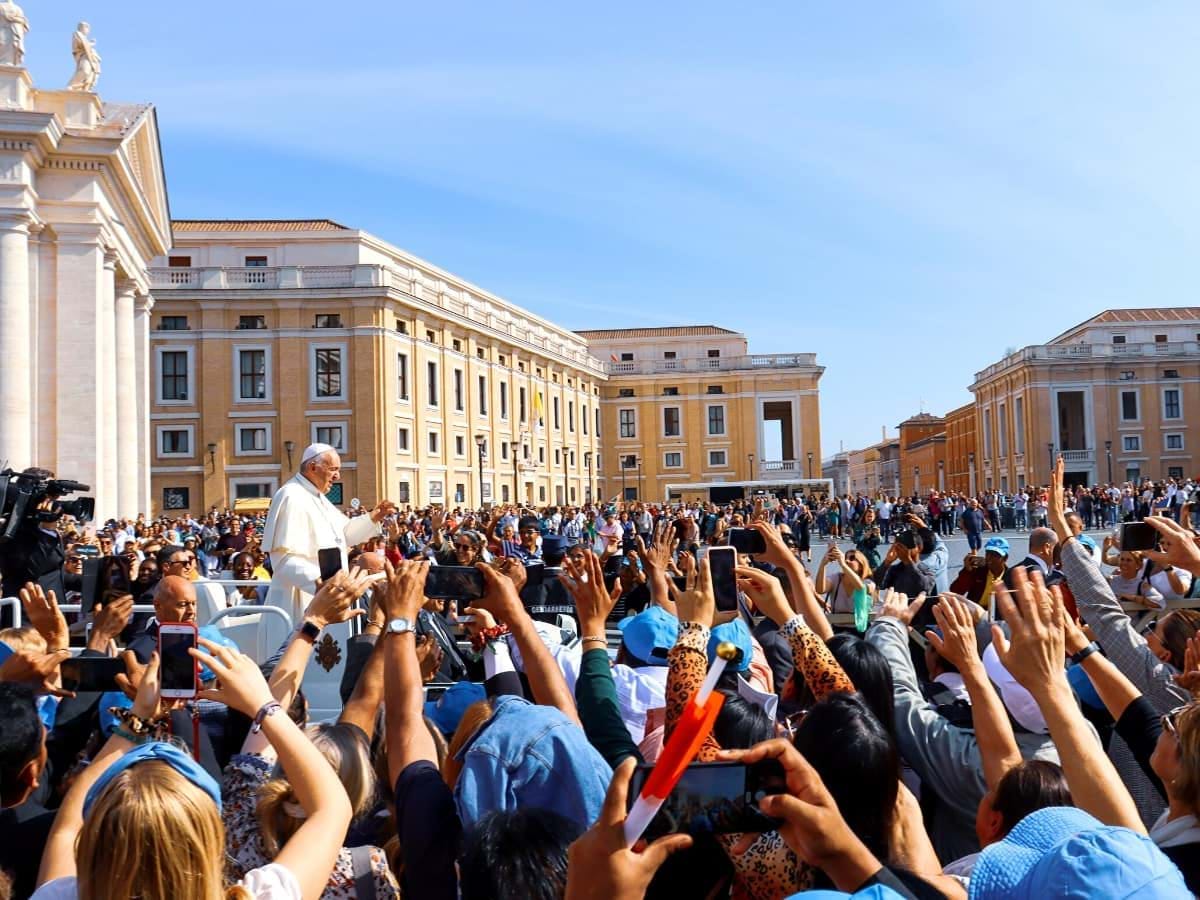 Each recruit is required to complete basic military training in Switzerland. This will be followed by a five-week induction training course in Rome. After this first training period Swiss soldiers are called Halberdiers. This title derives from the primary weapons of halberds that Swiss mercenaries used in the 14th and 15th century. When training is complete, Halberdiers are sworn in and they and their families are invited to a private audience with the Pope. 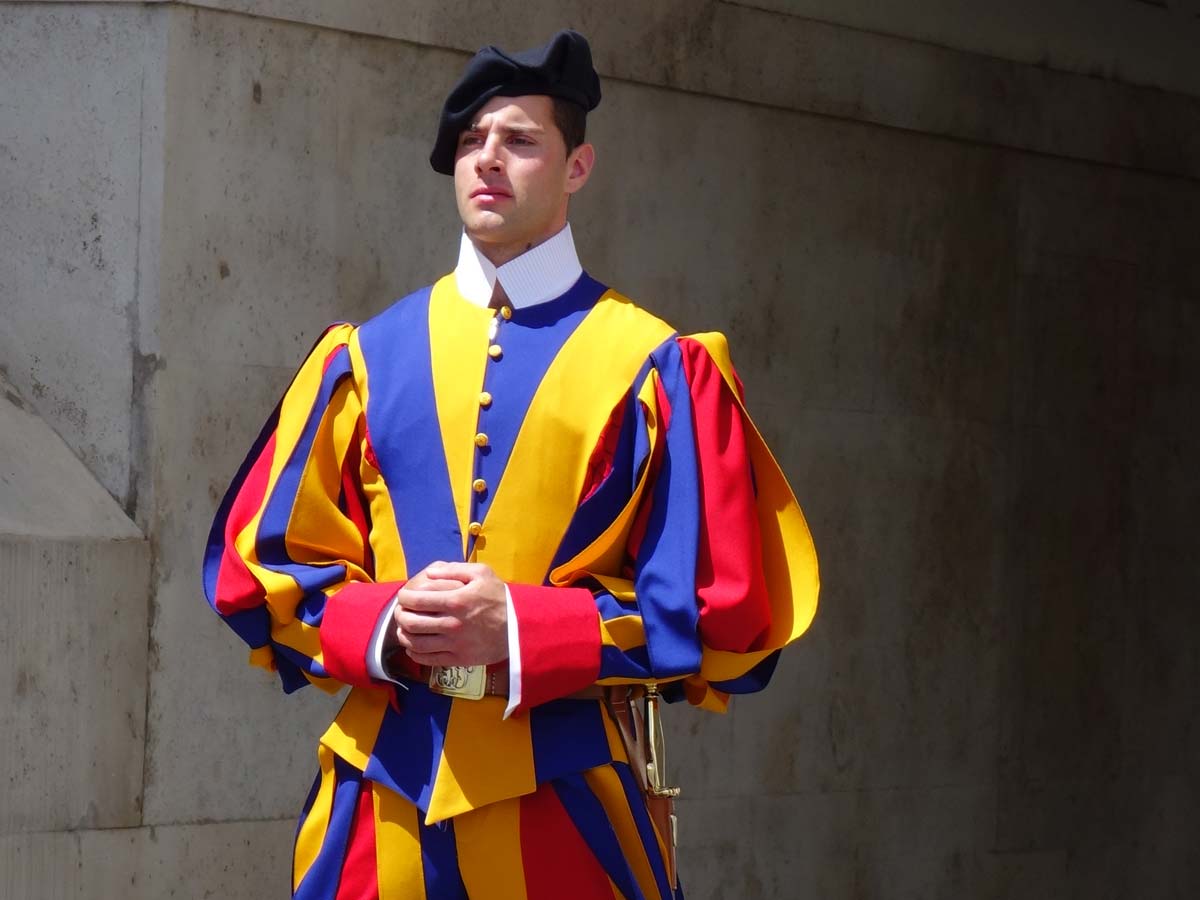 The Swiss Guards along with the Pontifical Gendarmerie are responsible for safeguarding the Vatican and protecting the Pope. In addition to their security tasks, the Swiss Guards also carry out ceremonial duties, such as a guard of honor at receptions and audiences.

The shortest contract given from the Vatican to a Swiss Guard is 25 months. Once a Halberdier’s contract begins they are required to attend Italian language classes. By the end of their first year of service the soldiers will be ready to take up guard duty at the main gates of the Vatican. These are the guards you'll see helping tourists as you take your tour of Vatican City.

When a Swiss guard is standing in silence with his halberd in hand, he is on Honor Duty. This means he should not be approached. However, if he is standing with his hands folded and facing the crowds, he may be approached for questions or maybe even for a photo. 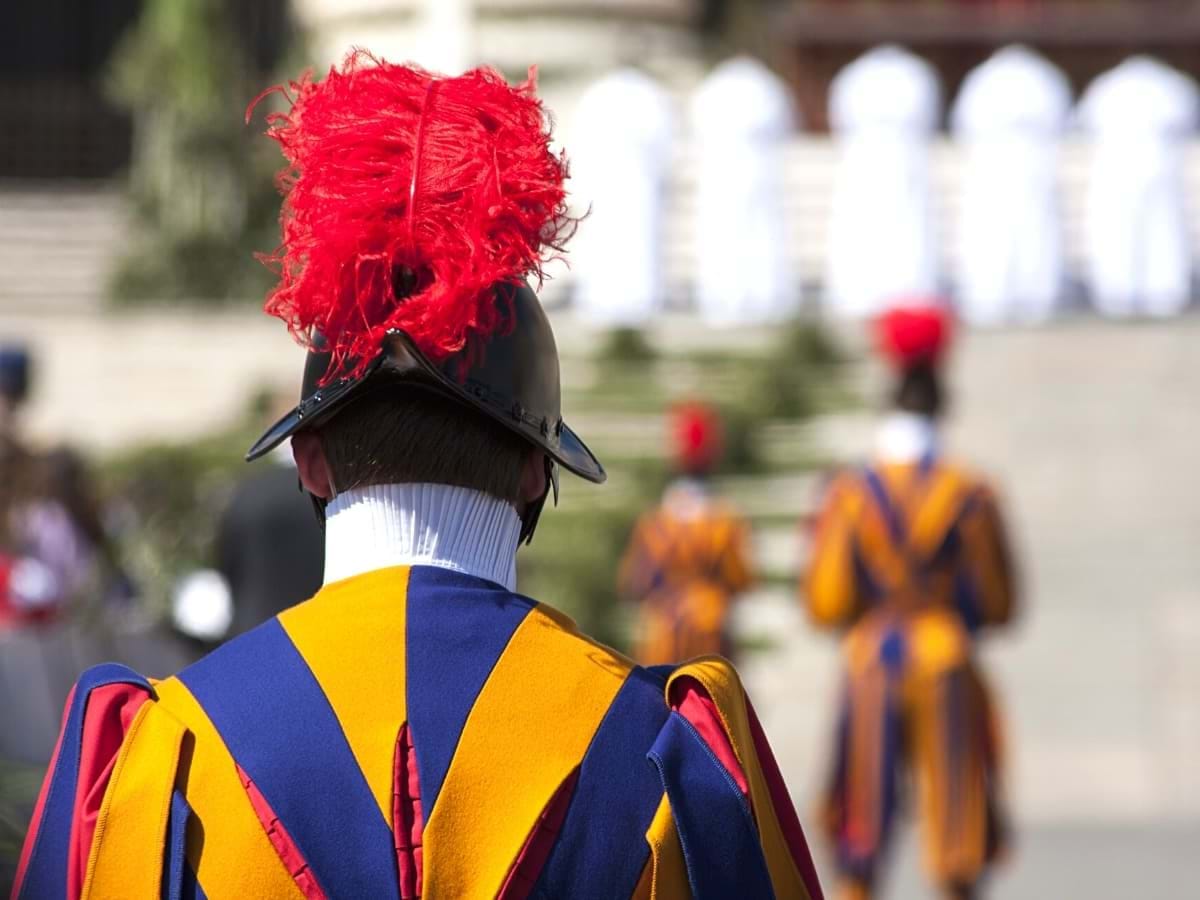 The most common Swiss Guard uniform you’ll see, on your Vatican City tour, is the blue duty uniform. However, most people associate them with their red, yellow and blue stripped ensemble. These colorful costumes are called Gala uniforms and are worn when guards take up more ceremonial duties. You’ll find guards with this distinctly Renaissance appearance as you exit St. Peter’s Basilica on your Vatican Museums tour. This style of gala uniform has been worn by Swiss Guards since 1910.

These eye-catching ensembles are tailor-made to fit each guard. They are sown by tailors inside the Vatican barracks and it takes about 30 hours to create each uniform! Despite taking so long to make, a guard’s personal uniforms are all destroyed after they complete their service.

It’s interesting to note that some of the armor Swiss Guards use even today are original pieces from the 15th century! Specialized blacksmiths are tasked with replacing armor when these older items can not be fixed. In keeping with tradition, the ostrich feathered morion helmets worn by Swiss Guards, still hold the family symbol of Pop Julius II, the oak tree.

While the majority of duties upheld by Swiss Guards are peaceful, they have been involved in some devastating battles through the ages. Their most significant military engagement was in 1527 when 190 guards were killed during a battle with the Holy Roman Empire. This battle, known as the Sack of Rome, allowed for Pope Clement VII to flee to safety through the hidden tunnels emerging from the Vatican.

The Pope’s Swiss Guards are an iconic part of the Vatican. Find out more about these fascinating guards and the palace they safeguard as you discover the mysteries of the Holy See on one of these best Vatican tours.

What to do in Rome during Winter