Art Lovers Guide to the Vatican

Whether you’re a devote Christian or not, the Vatican Museums are a must see when in Rome. Not only do they boast some of the finest architectural structures Italy has to offer but they also house some of the world’s most critically acclaimed artworks. Exhibiting a combination of masterpieces from the art world’s greatest creators, including; Michelangelo, Bernini, Raphael and even Picasso, the Vatican Museums is a haven for art lovers everywhere. Make the most of your tour of the Sistine Chapel or your Vatican Museums tour with this guide to the Holy See’s art collection and where to find its most noteworthy masterpieces. 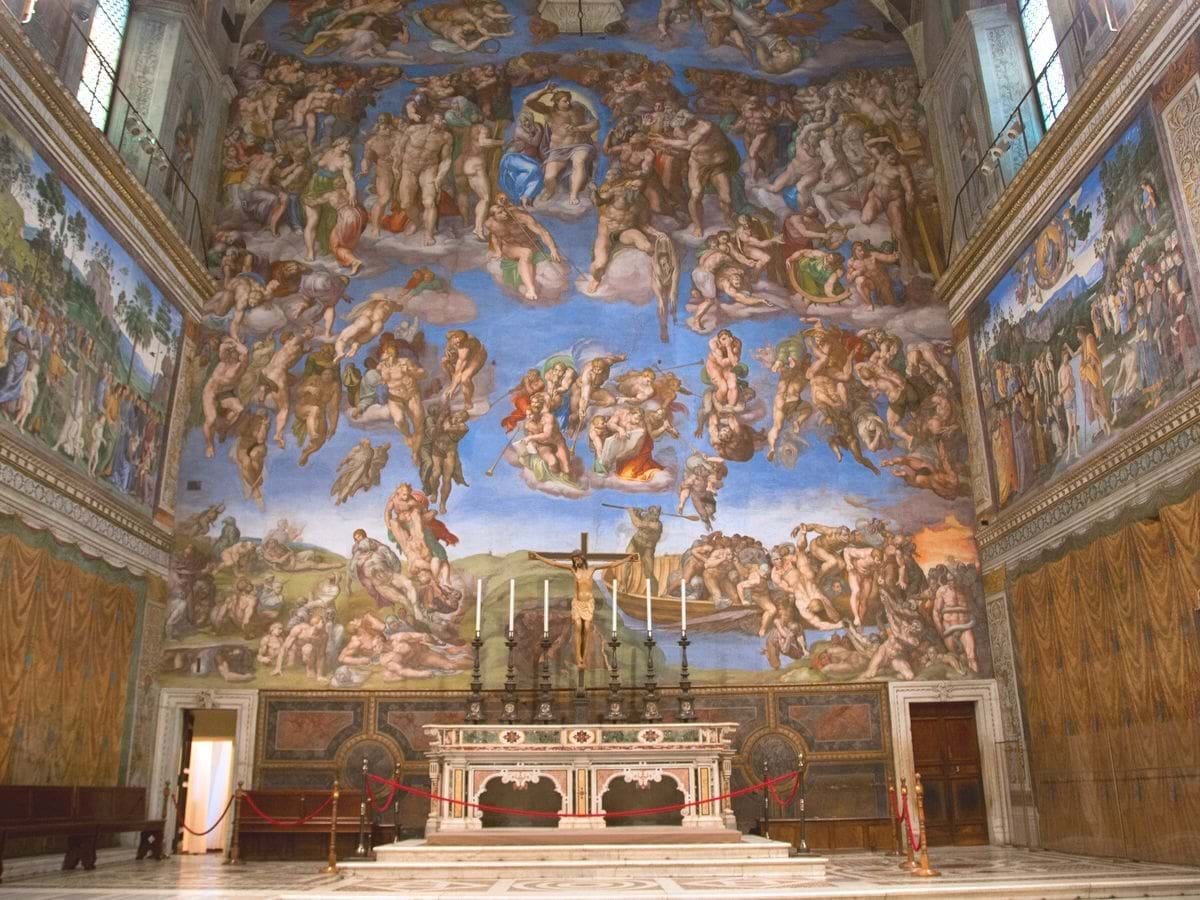 The Sistine Chapel is without a doubt one of the most impressive works of art in the world and a favorite for visitors on their Vatican tour. The awe-inspiring chapel is adorned floor to ceiling with intricate, gigantic frescoes depicting scenes from the Bible. The spectacular sanctuary is a place of worship for art lovers just as much as it is for Christians. These powerful detailed scenes took Michelangelo four years to complete. Just image how cripplingly it would have been for this dedicated painter to balance on scaffolding all day long as he painted complex scenes on the ceiling above his head.

Laocoön and His Sons 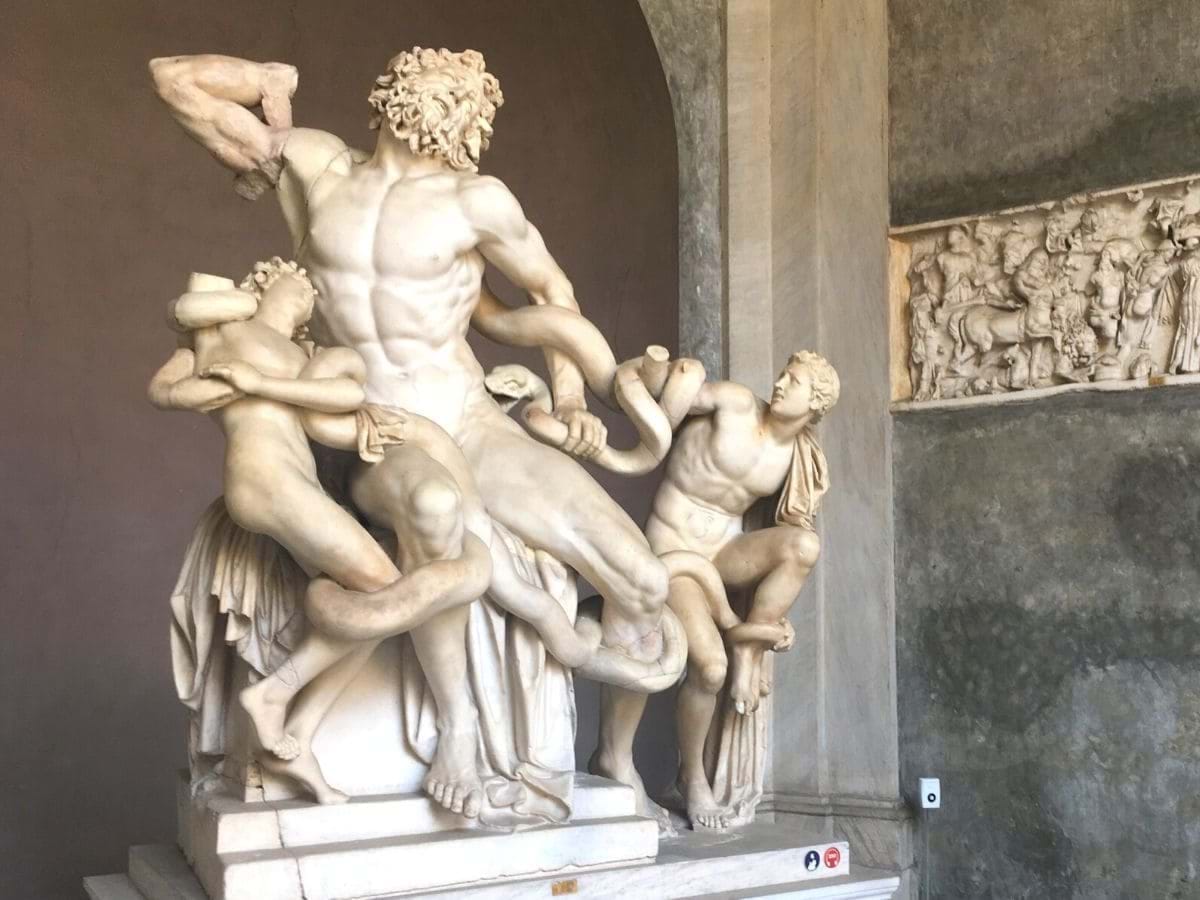 Laocoön and His Sons

This incredibly lifelike sculpture was discovered on Rome’s Esquiline Hill, in 1506. It depicts the Trojan priest, Laocoön, and his two sons getting entrapped by two serpents. This is one of the Vatican Museums most interesting sculptures and portrays a moment from the Trojan war. We all recall mythology’s favorite trick when the Greeks leave a giant wooden horse outside the gates of Troy, during the Trojan War. The Trojans naively bring the house through their city gates, believing it to be a symbol of victory over the Greeks. Little did they know that their enemies were in fact hidden within the horse and equipped to destroy Troy. Laocoön, a Trojan priest, had urged his people not to accept the horse into their city but they did anyway. The gods Athena and Poseidon, who were in favor of the Greeks, sent these sea serpents to exact revenge on the priest and his clan. 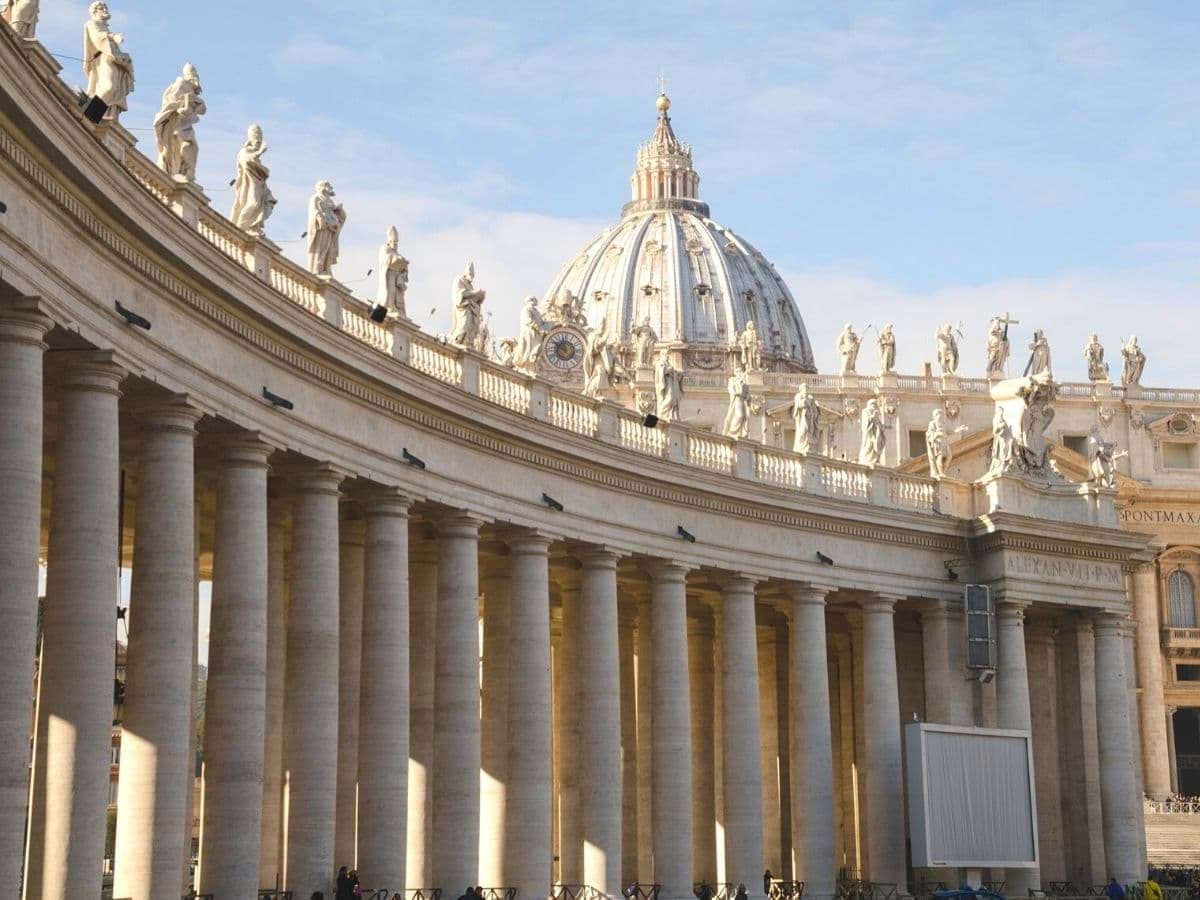 St. Peter’s Square is often overshadowed by its neighboring dome which towers high into the sky. However, this square is actually a piece of art in its own right. It is one of the largest and most ornate squares in the world. The square was designed at the hands of world-famous sculpture Bernini, between 1656 and 1667. It is made up of 284 columns above which sit 140 statues, created in 1670 by Bernini’s students. The center of the square is crowned with a magnificent obelisk, standing 25 meters high. This obelisk was carried from Egypt to Rome in 1586.

The Gallery of Maps 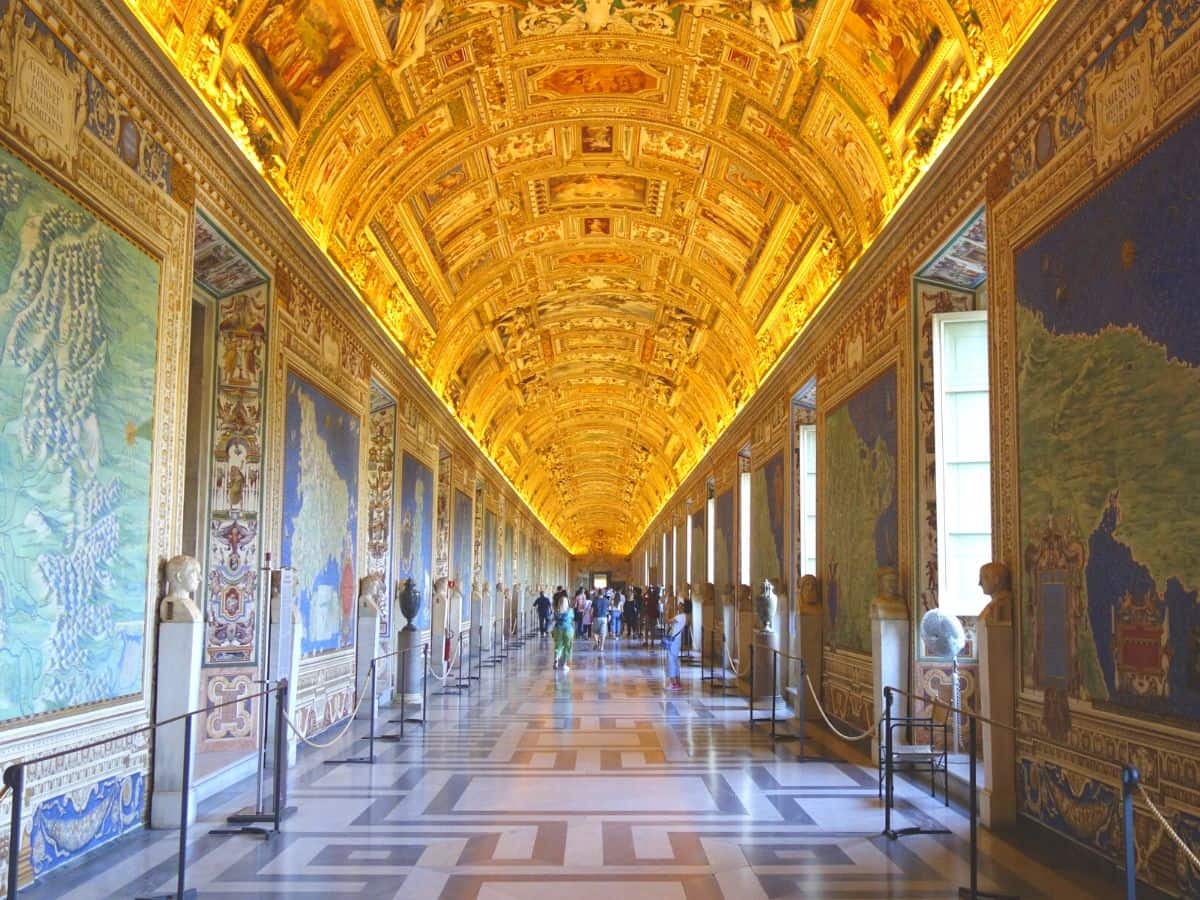 The Gallery of Maps

Raphael’s most famous masterpieces, The School of Athens, is located in the Room of the Segnatura. This is one of four rooms filled with works from the artist that you will visit on your tour of Vatican Museums. Created in 1509, this magnificent fresco depicts a series of well-known philosophers and renowned figures from ancient Greece. These characters are gathered around in an almost semi-circle, with a Renaissance building in the backdrop. Your eye is naturally drawn to the two central figures, who appear slightly larger than the others. These two feature characters can be recognized as Plato and Aristotle, through their cleverly conveyed hand gestures. Plato, we can see, points upwards. This reflects his view that the world we perceive through our senses is not reality but rather a reflection of something else from the world above us. Aristotle has the opposite view, believing that we have to observe the world we live in to discover the real meaning of life.

Modern Art at the Vatican

While we generally associate the Vatican with art works from Renaissance, many art lovers who take a tour of the Vatican Museums are surprised to stumble across the Holy See’s collection of contemporary art. Directly below the Sistine Chapel and often the last stop before you tour the Sistine Chapel itself, you’ll find the Museum’s collection of modern religious art. Comprising of paintings, graphic art and sculptures, this modern art gallery might be one of the most unexpected sights you’ll see on your Vatican Museums tour. The collection consists of nearly 800 artworks, created by over 250 international artists. The most famous artists on exhibition include; Francis Bacon, Salvador Dali, Pablo Picasso and Vincent Van Gogh.

The Vatican Museums is recognized as one of the most important sites for art in the world, and it’s easy to see why. Exhibiting works from art history’s most notable characters, from every era in time, these Museums are a must-visit for all the art lovers out there. Appreciate these masterpieces with commentary from a Vatican official, expert guide on these best Vatican tours.

6 Most Instagrammable Spots in Paris