On the Trail: 10 Gaudi Buildings You Must See In Barcelona

Antoni Gaudí was renowned across the globe for being one of the most influential architects in Barcelona. He made the city unique with his radically different designs, and cemented himself as as one of the most unique Modernisme architects, specifically with his signature Trencadís technique. In today’s post, we’re bringing you 10 of his must-see creations in Barcelona. 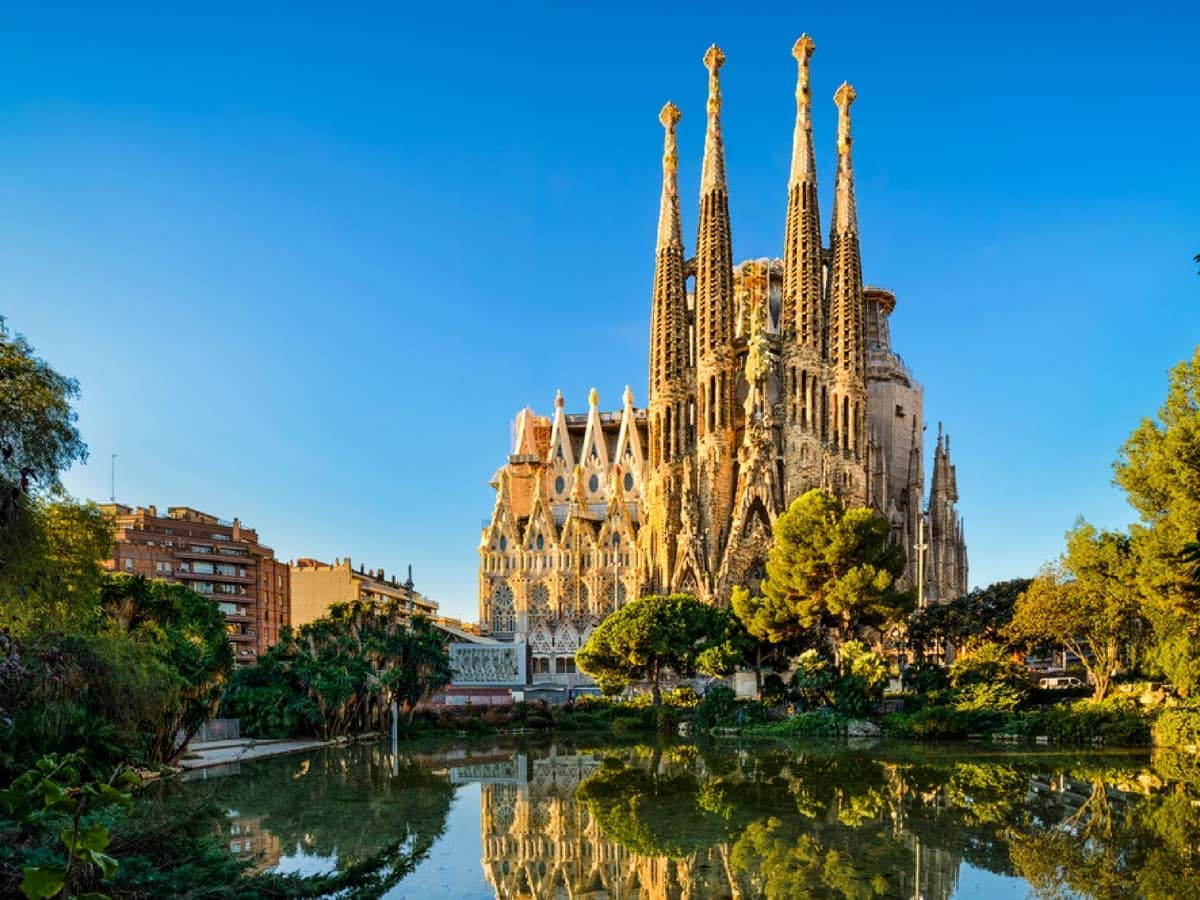 Gaudí’s idea for Sagrada Família was inspired by the traditions of Gothic and Byzantine cathedrals. His aim was to communicate the message of the Evangelists and Christian belief through the building’s design. He blended his own idea of architecture with Christian elements and logical structure, with elements of light, color and nature included. There are 18 towers present, and each of them has its own significance; Jesus Christ, the Virgin Mary, four Gospels, and twelve Apostles. For the cathedral, Gaudí integrated senses of elevation and verticality, and made the building complete with branching columns, skylights and vibrant stained glass windows. A glorious construction, it’s one of his most well-known works. 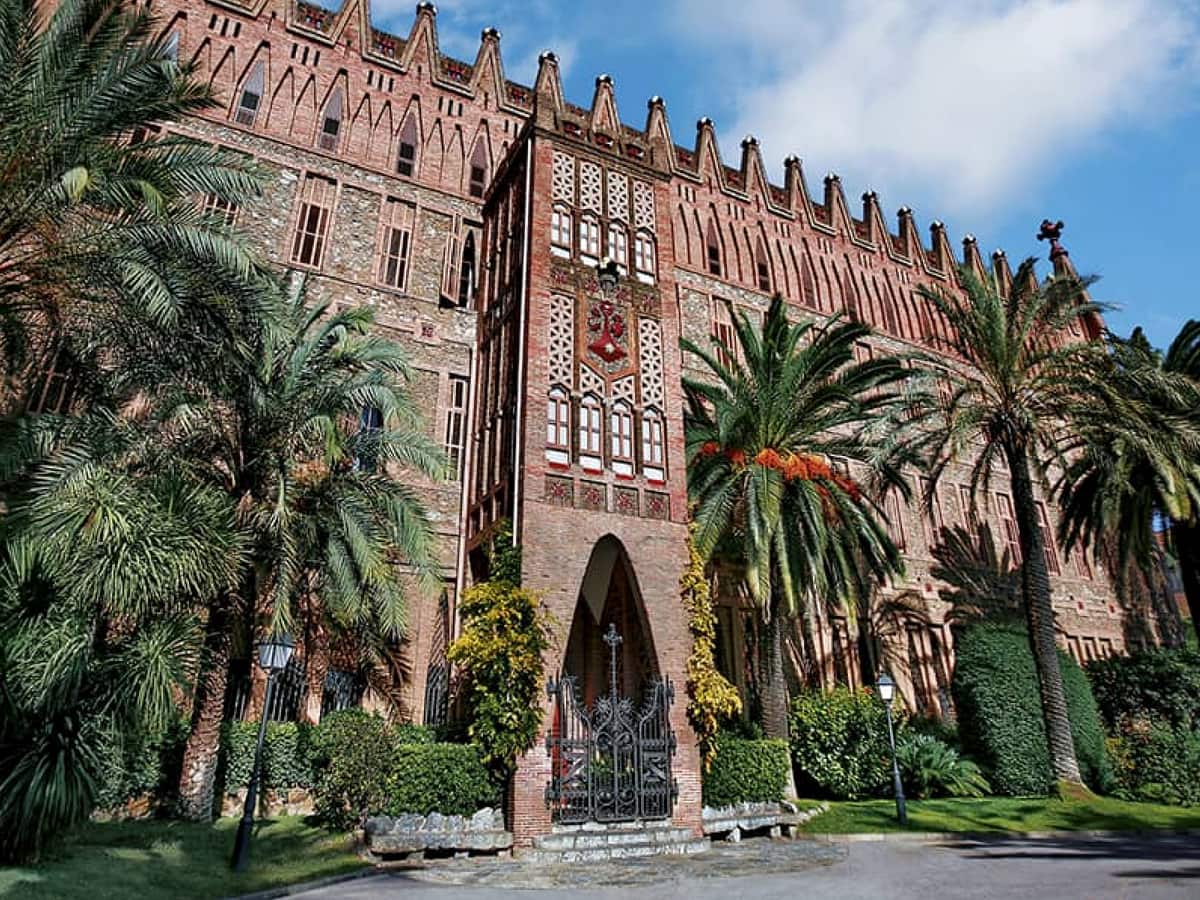 The original architect of this project is unknown, but it was passed over to Gaudí in 1889. Designed in the shape of a ‘U’ and made up of three buildings, this was Gaudí’s second work that was already in progress. With a limited budget and masterful skill, he managed to complete the building in less than two years. Designed with a medieval air and emblems of Catholicism in mind, the most memorable features of this building are the parabolic shapes throughout, multiple uses of the initial ‘T’ in reference to the saint in question, and the way that he played with light and shadow in this design. Despite serving function in the education system in Barcelona, this is one of Gaudí’s lesser-known developments. 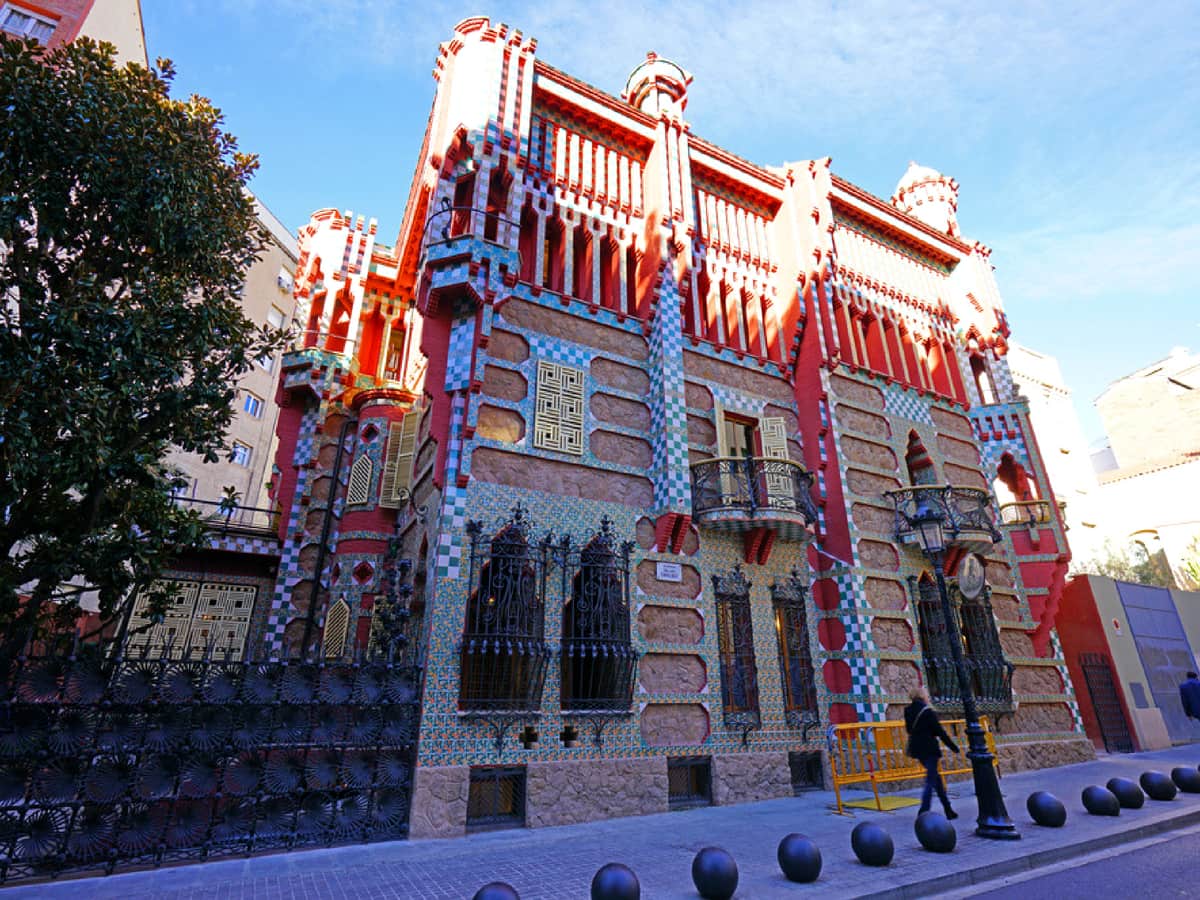 The very first house designed by Gaudí, Casa Vicens is considered to be one of the first buildings of Art Nouveau. It was to be the home of Manel Vicens I Montaner in the village of Gràcia. Considered to be the genesis of his architectural style, Gaudí rose to the challenge of creating the perfect summer home that was also other-worldly. Presenting four storeys and contrasting hues throughout, it presents a castle-style, with slim windows and multiple turrets. Fifteen years after its completion, the house was sold, and it was converted and radically changed by its new owner. Luckily, it has since been restored as closely as possible to Gaudí’s original design. Displaying Moorish and Oriental elements within the interior, you’ll find it difficult to forget Casa Vicens. 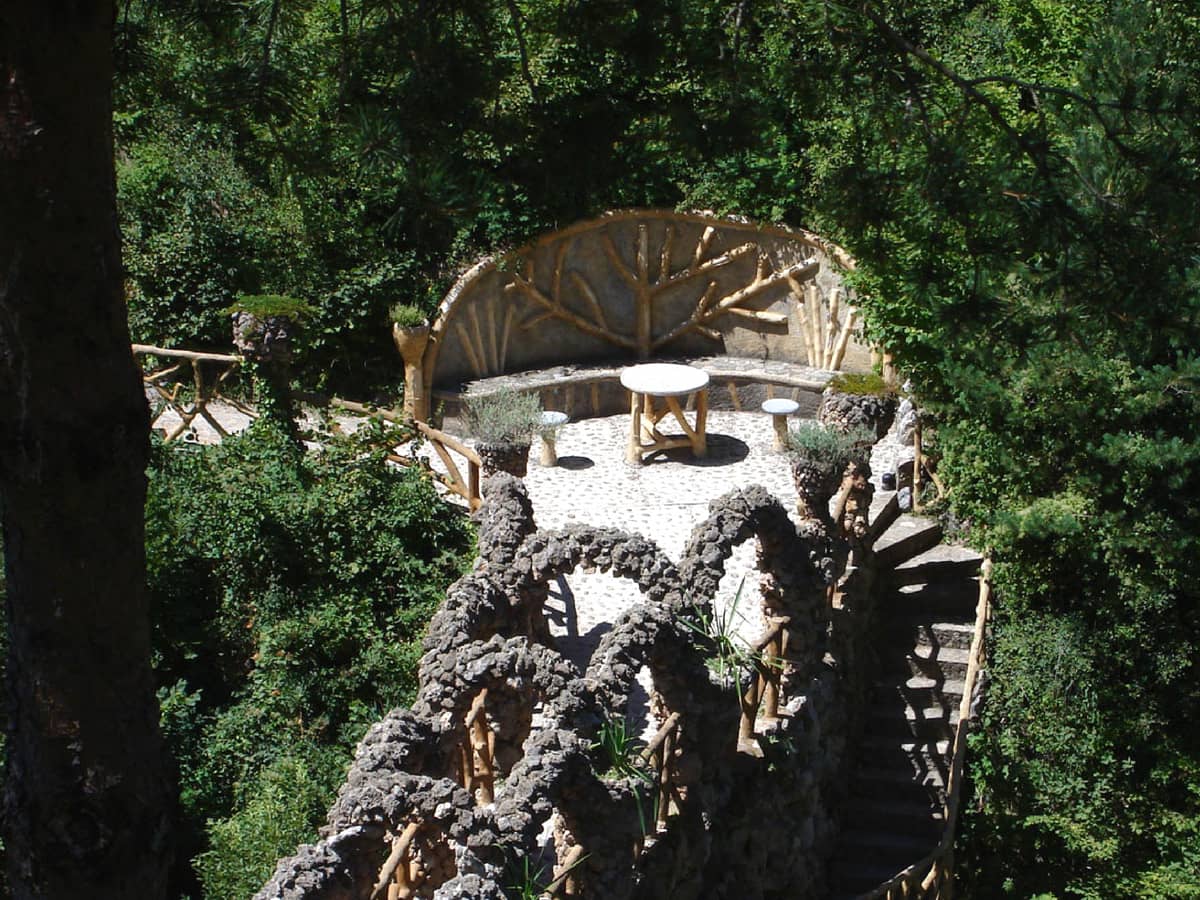 Built as a thank you to a textile magnate who allowed him to stay at his chalet, the Artigas Gardens have established themselves as one of Gaudí’s masterpieces. Using the natural element in the land, he integrated his own signature themes into his design: arches, stonework, a grotto and lots of Christian symbolism. The winding path throughout acts as a guide of sorts for visitors, giving them the perfect views of the gardens. Another religious element is the four statues representing the Gospels, which form the shape of a cross. Restored to their former glory in recent years, the Artigas Gardens are the perfect place to spend an afternoon. 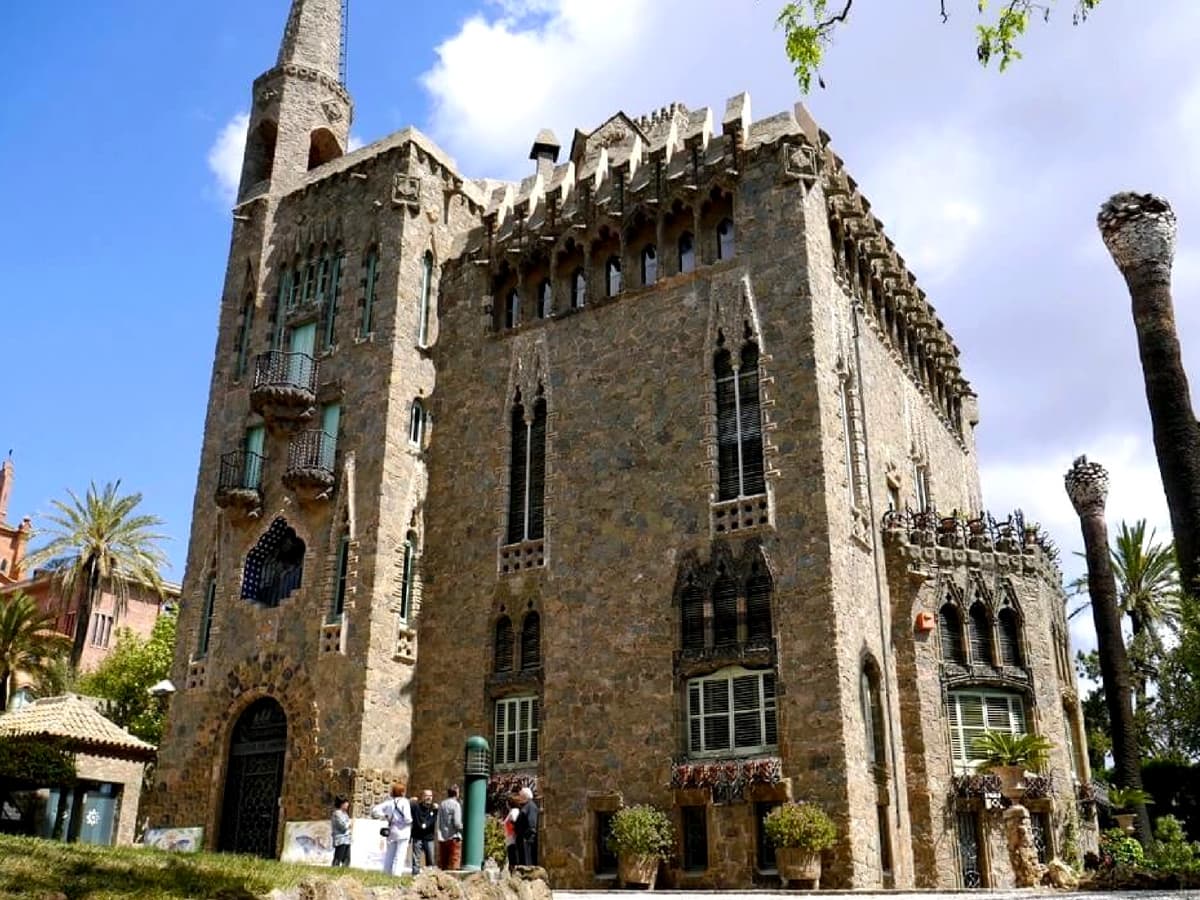 Gaudí designed Torre Bellesguard with Modernisme and Gothic inspirations in mind. Commissioned by Jaume Figueras, he had more than just a house in mind. What he wanted was a monumental complex. Everything required restructuring, the old medieval palace needed to be restored, and the building of a viaduct was required. Upon starting the Bellesguard Villa, Gaudí used slate for the exterior in tones of green, grey and beige, presenting a truly medieval feel. He integrated the Trencadís technique into the design of the doors and windows, ensuring that this property truly stood out. Also included was the Star of Venus, a 3D stained glass window in multiple vibrant tones. It was completed with elements of previous projects, such as inspiration from the central nave of the Sagrada Família. 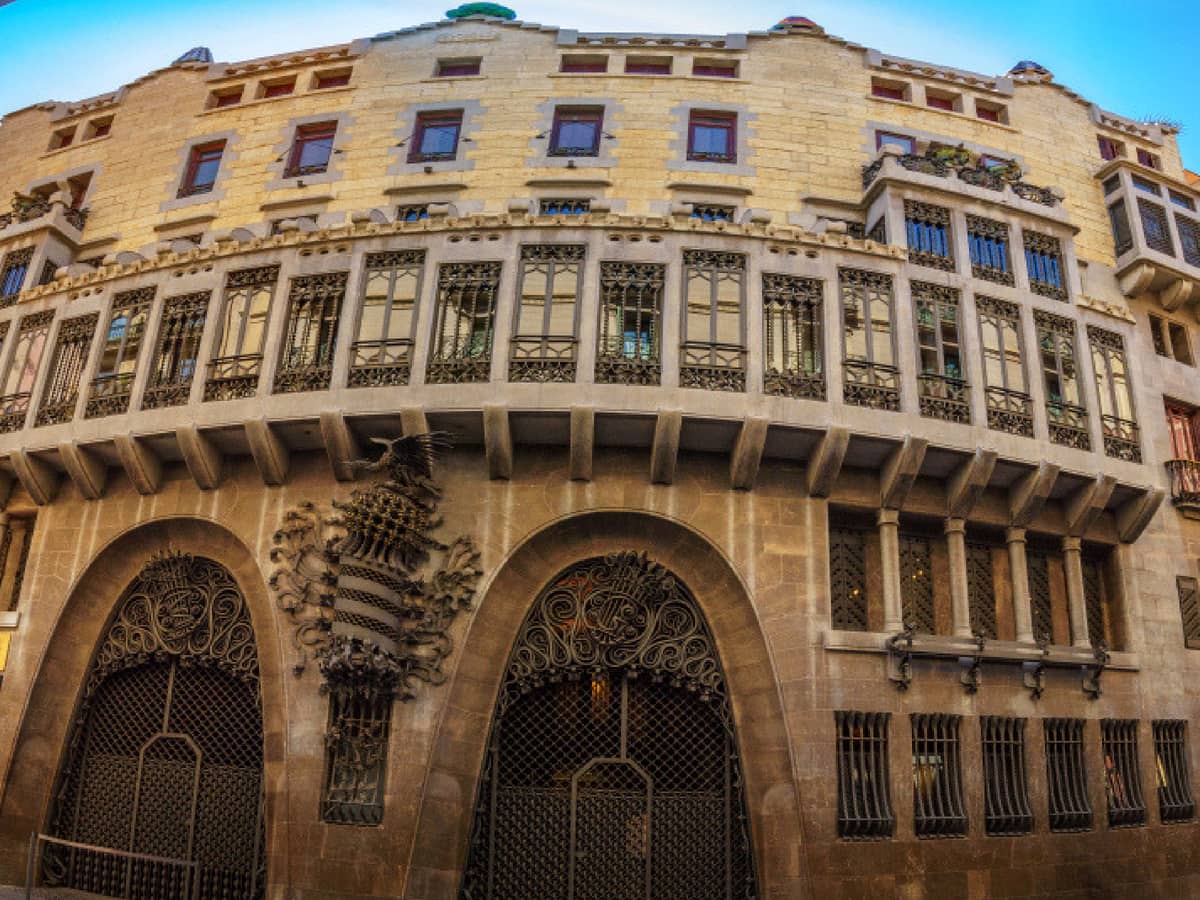 Designed with both space and light in mind, everything about the Güell Palace is undeniably unforgettable. Seen as a milestone in terms of European architecture, it’s seen as one of the pinnacle buildings within the Art Nouveau movement. Representative of some of Gaudí’s earlier works, it’s clear that he was very imaginative in the development of this project, what with the textured stone exterior, triangular windows and traditional castle-style. He worked introspectively on this work, as is showcased through its plain exterior and statement interior. His idea for Palau Güell was blending functionalism with ornamental variety, hence the extravagant interior. He injected elements such as space, light and modernity into the mix, and the Güell Palace is what resulted from it. Eusebi Güell commissioned Gaudí to build the palace, and he went on to inhabit it for 20 years. He then moved to Park Güell, another project developed by Gaudí, where he stayed until his death in 1918. 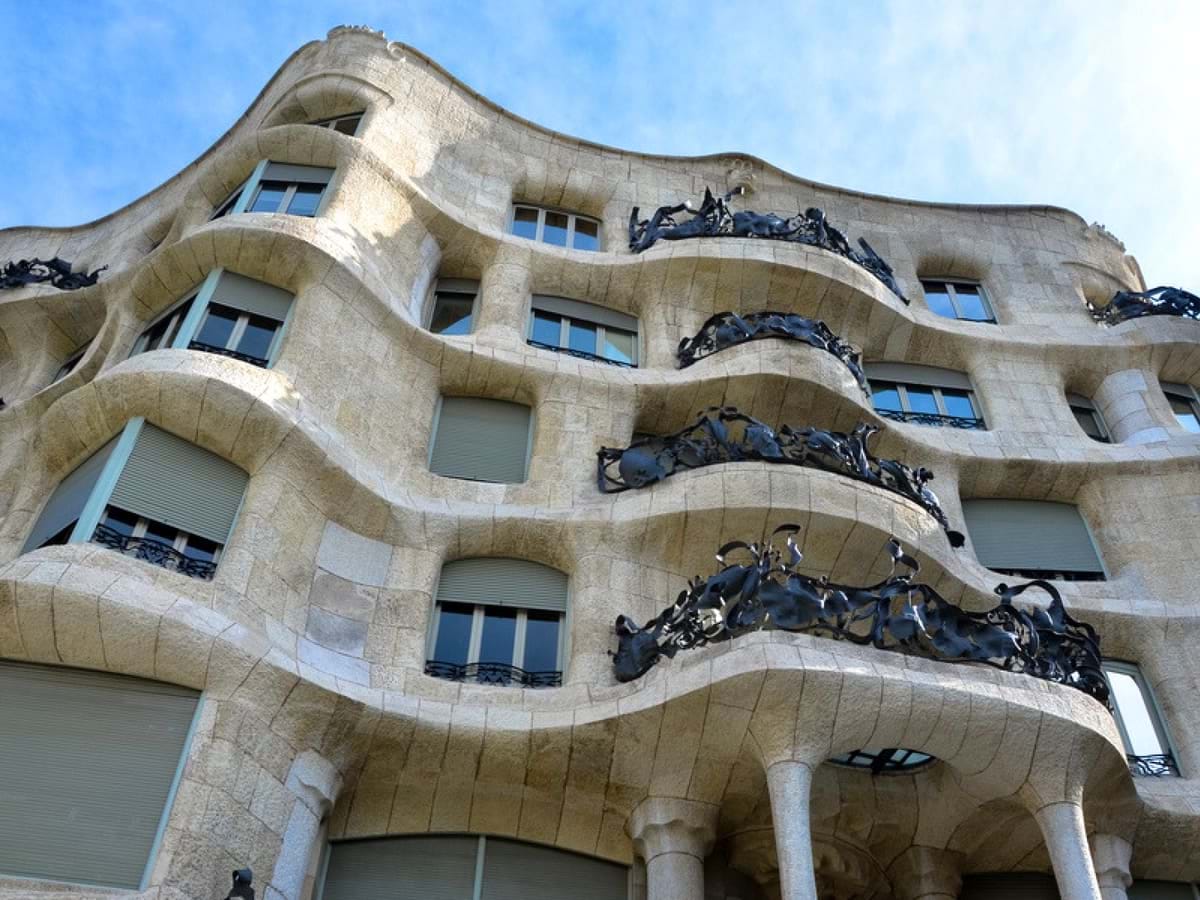 Quite like Palau Güell, Casa Milà considered both decorative freedom and everyday functionality in its design. It’s named La Pedrera (meaning stone quarry) because the exterior resembles an open quarry, and was inspired by nature. It presents a curved façade, which is entirely distinctive from other architecture of its time. The interior was designed as a natural ventilation system, making actual air conditioning obsolete. Like the exterior, inside is also designed with rounded shapes throughout, with hardly any right angles within it. The focal point of Casa Milà is undoubtedly the roof, with the distinctive chimneys, ventilation shafts in varying vibrant tones, along with the stunning views visible from here. The house is completed with its own personal Gaudí museum, located in the attic and named Espai Gaudí, or the Gaudí room. 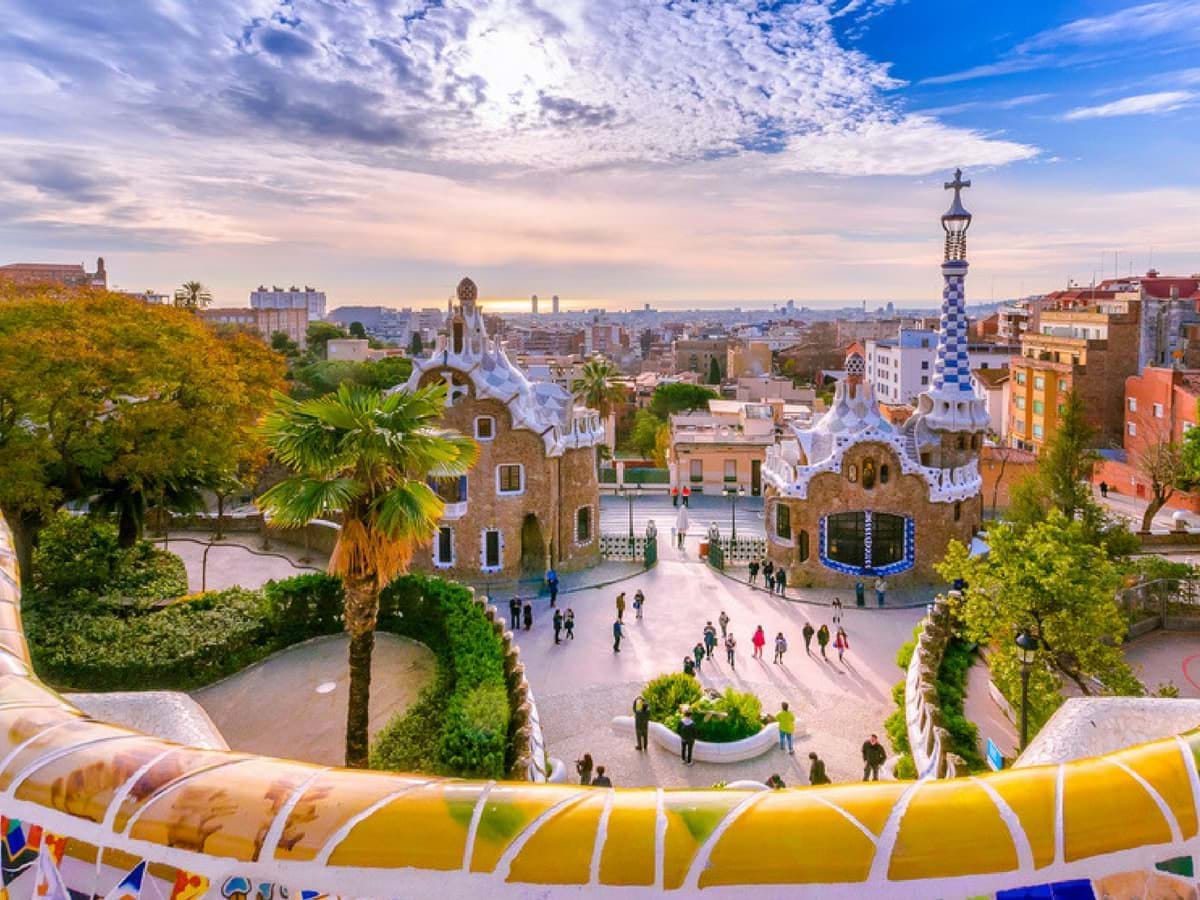 One of Spain’s most popular tour attractions, Park Güell was another work commissioned by Count Eusebi Güell, hence the name. Gaudí built two houses as well as creating multiple decorative elements within the park, showcasing variance within his talent and abilities. His Trencadís technique was prevalent throughout Park Güell, prime examples being ‘El Drac’ and the Serpentine Bench. Hop on over to our 5 Things to See in Park Güell post to read all about Gaudí’s specific works here in more detail. 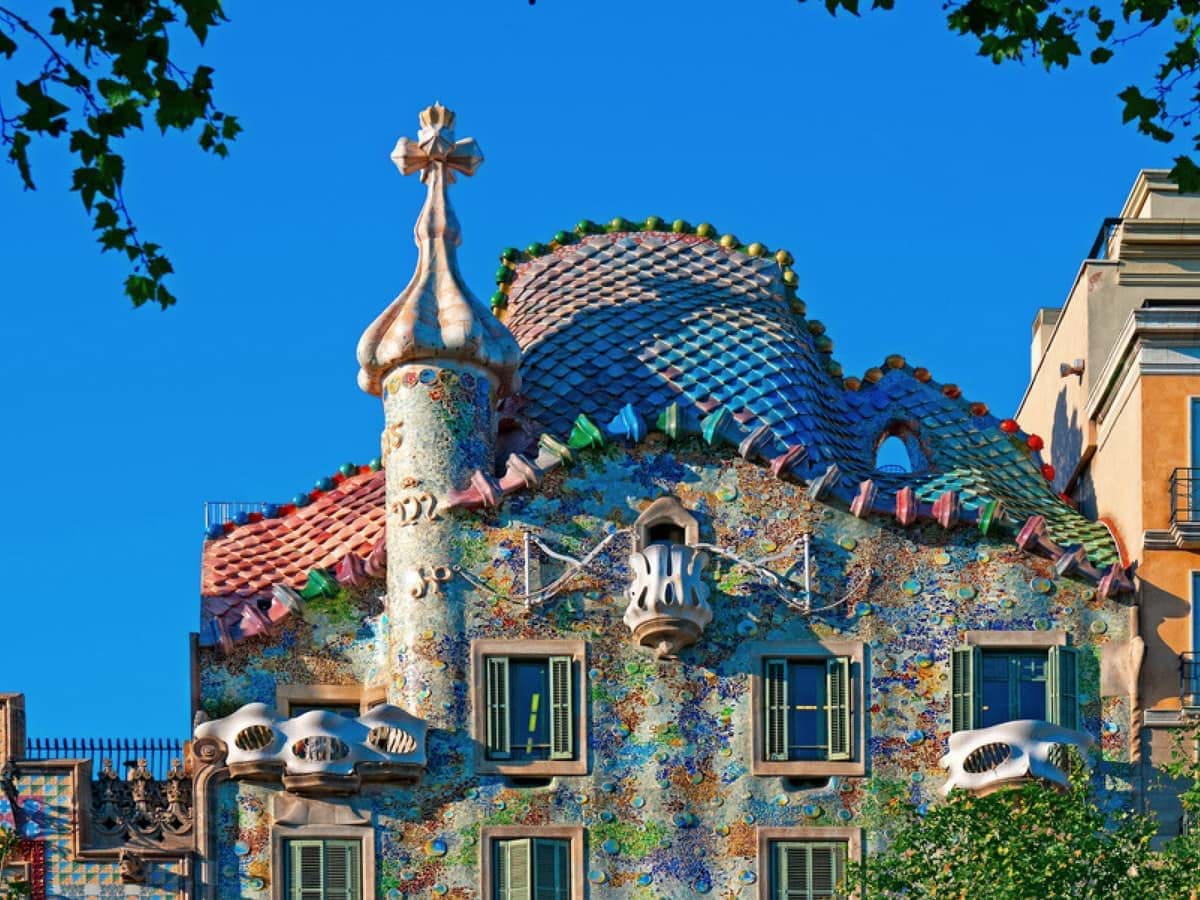 Easily one of Antoni Gaudí’s most recognizable works, we think we’ve saved the best for last with Casa Batlló. Gaudí was given full creative freedom with this development and converted it into a true work of art both inside and out. Instantly recognizable, the exterior showcases multiple tones through both the roof and the façade. He also added lots of windows and interior changes in order to bring more light into the building for its inhabitants. Casa Batlló sticks to Gaudí’s established theme of functional yet decorative, whilst maintaining a dreamlike construction with a vibrant and varied color palette and a tall, curved silhouette. Forever cemented as one of his most iconic works, it’s an essential when on a Gaudí excursion.

If you're curious about visiting any of these locations, we have multiple Gaudí tours available, such as the Gaudí masterpieces, the Sagrada Família experience and a selection of Park Güell options.

The Hippest Places to Hang Out in Paris

7 Things You Can Only Buy in England