A Guide to Rome's Most Famous Monuments 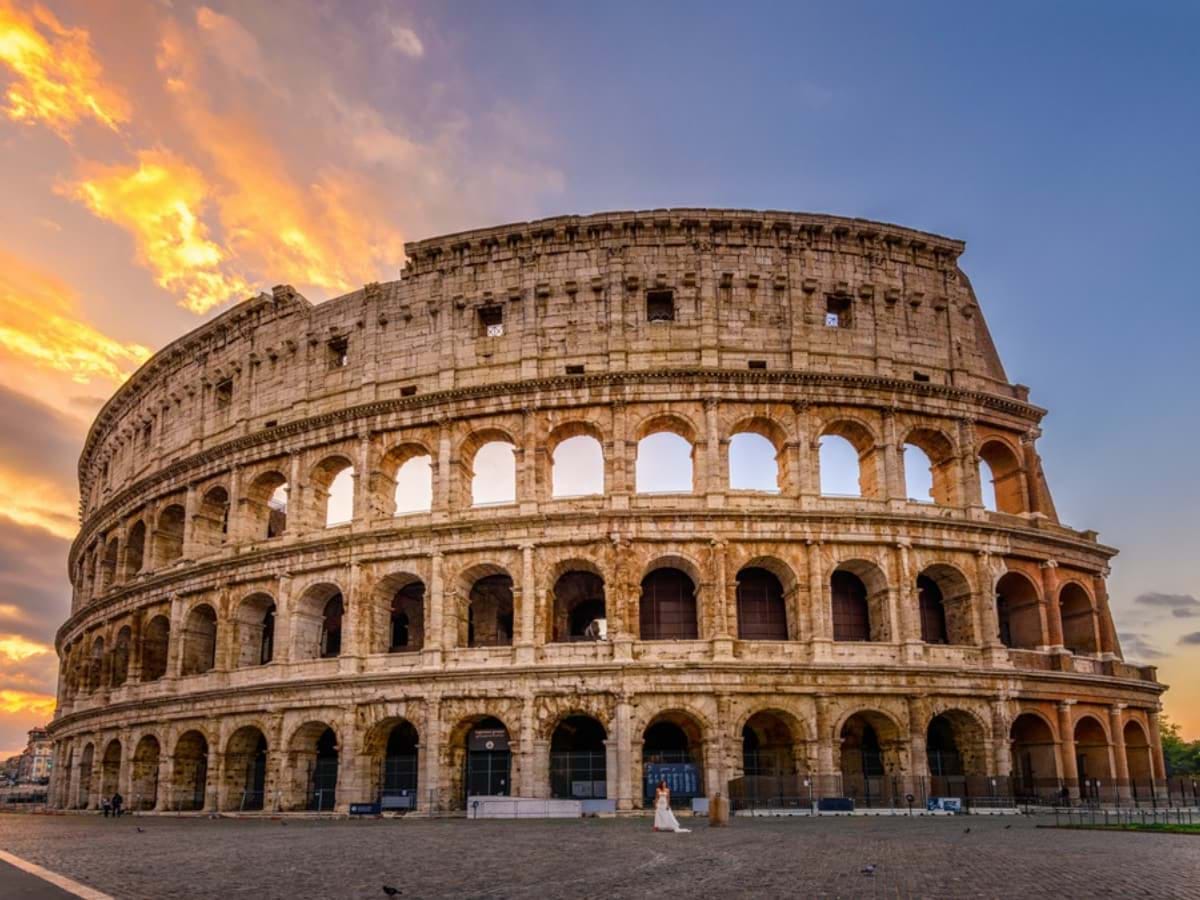 Because not beginning with the symbol of Rome would just be wrong, now wouldn’t it? With over 80 entrances and the capability to hold 50,000 spectators, it comes as no surprise that the Colosseum is one of Rome’s most famous monuments. It was commissioned around 70 AD and opened in 80 AD for the purpose of gladiatorial combat and animal fights. Expertly crafted from stone and concrete, the Colosseum has columns from both the Doric and Corinthian orders. When the 20th century came around, about two thirds of the original structure had been destroyed by a variety of elements. Luckily, restoration efforts began in the 1990s and have consistently continued over time. With underground access, the gladiator’s arena entry and multiple levels to climb, we can’t help but recommend a visit! If you’re intrigued, check out our Colosseum tours. 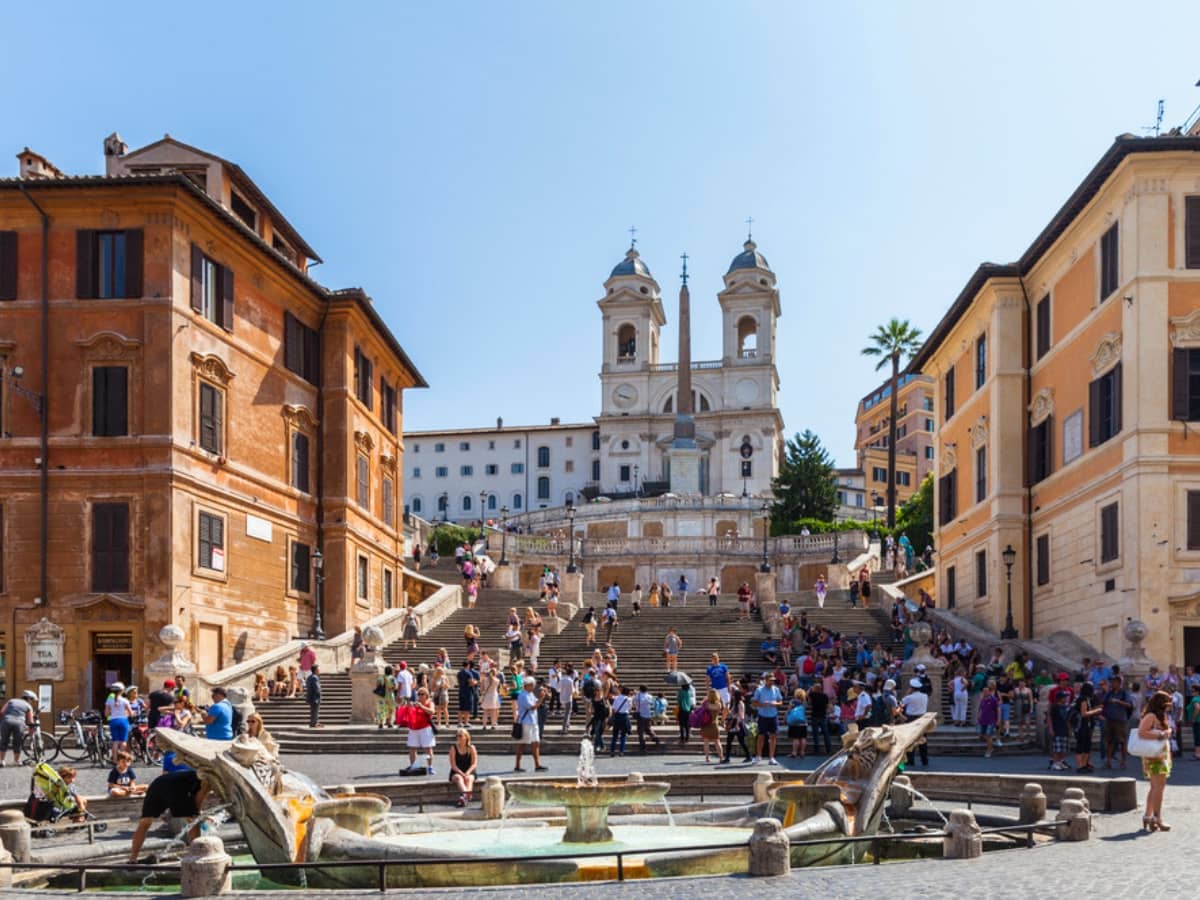 The Spanish Steps are a set of 135 steps in the historic center of Rome, situated between the Piazza du Spagna and Piazza Trinità dei Monti. The steps were designed in the 18th century by Francesco de Sanctis and Alessandro Specchi. You may wonder about the name: Spanish Steps? In the center of Rome? This originated from the Spanish Embassy being as the foot of the steps, so naturally, the name extended over. And here’s a fun fact: the steps feature in famed film A Roman Holiday, where Gregory Peck’s character bumps into ‘50s film icon, Audrey Hepburn. The fountain at the foot of the steps is named Fontana della Barcaccia, which translates to ‘Fountain of the Ugly Boat’. Why, you ask? One of Rome’s legends states that the building of the fountain was inspired by a flood, during which a fishing boat travelled through Rome all the way to the square. The more you know! If you’d like to visit the Spanish Steps and other Roman monuments, we make it easy with our Best of Rome tour. 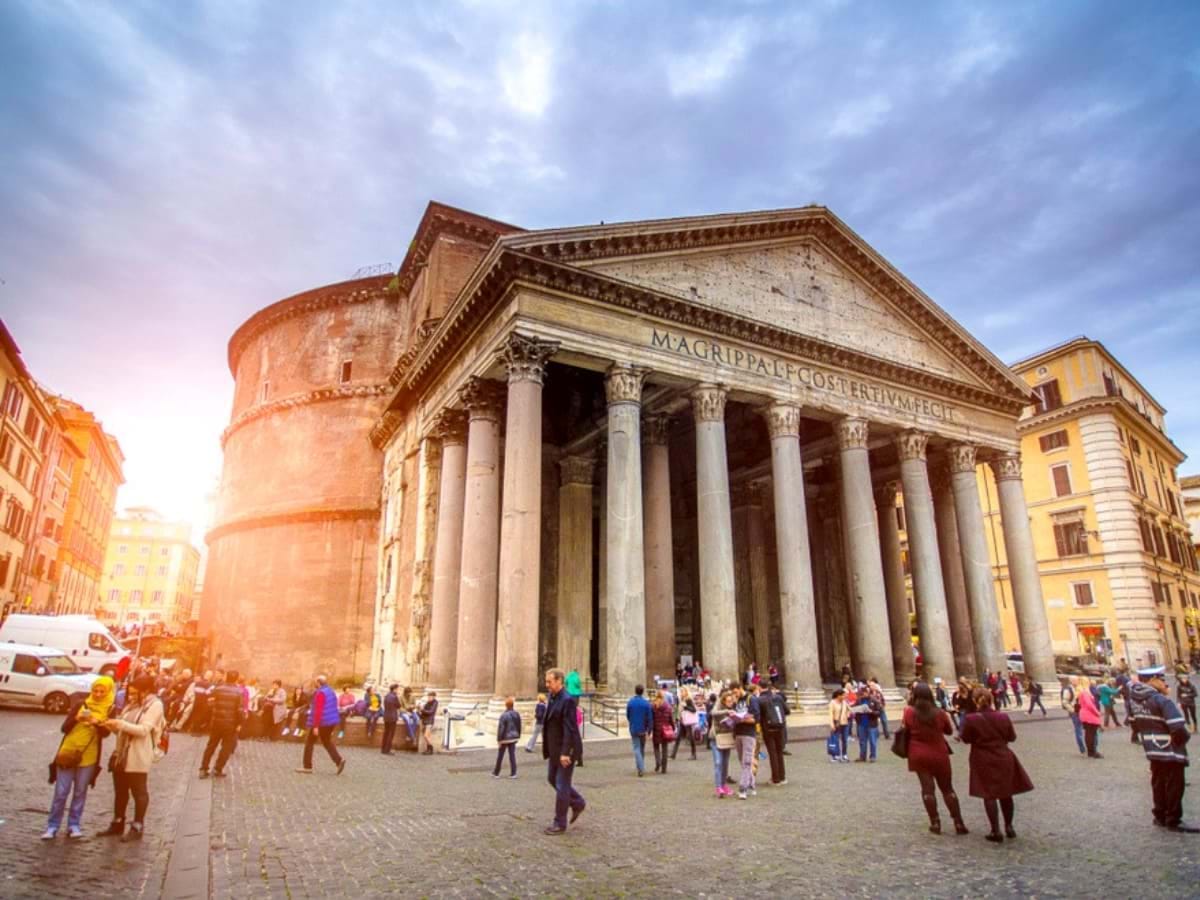 As one of Rome’s most well-preserved monuments, we couldn’t forget about the Pantheon. It’s well-known for having the largest dome of its kind at the time that it was built. It was the biggest dome for over 1300 years – until Brunelleschi built the Duomo in Florence. Of course, this was after he studied the Pantheon for inspiration! Despite its colossal weight, the dome of the Pantheon is fully supported by the structure beneath it, which is still considered an incredible feat today. It was initially designed as a pagan temple for Roman Gods, but in the modern day, it serves as a Christian church. The Pantheon that stands today is not the original structure: it was damaged and burned down several times over the centuries but was always restored to its former glory as closely as possible. We have an in-depth post on everything you need to know about the Pantheon, if you’d like to learn more about it! 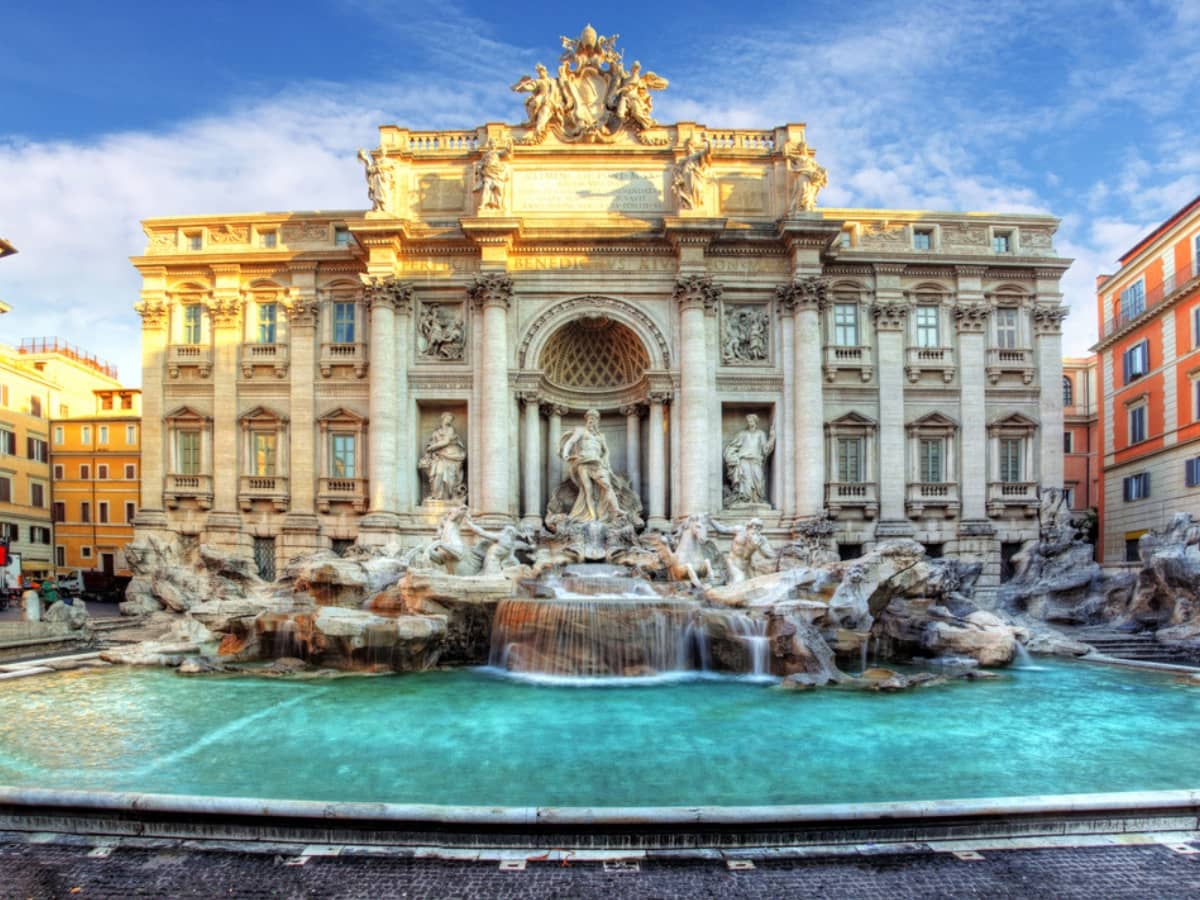 Instantly known as Rome’s most famous fountain, the Trevi Fountain has also been established as the largest and most beautiful in Rome. It originated way back in 19 BC when it served as the end point of the Aqua Virgo aqueduct. It was originally built during the Renaissance period and its construction was directed by Pope Nicholas V. The fountain’s final appearance was completed as of 1762, with Nicola Salvi and Giuseppe Pannini completing a large amount of the work. The fountain became a famous tourist attraction because of a myth, which originated in the 1954 film ‘Three Coins in the Fountain’. Throwing a coin from your right hand over your left shoulder meant that you would return to Rome, fall in love with an attractive Italian, or get married. The result depends on how many coins you throw. Because of its popularity, over a million euros’ worth of coins accumulate in the fountain every year. The money has been given to good causes as a form of support since 2007. Click here to find out more about Rome’s fountains. 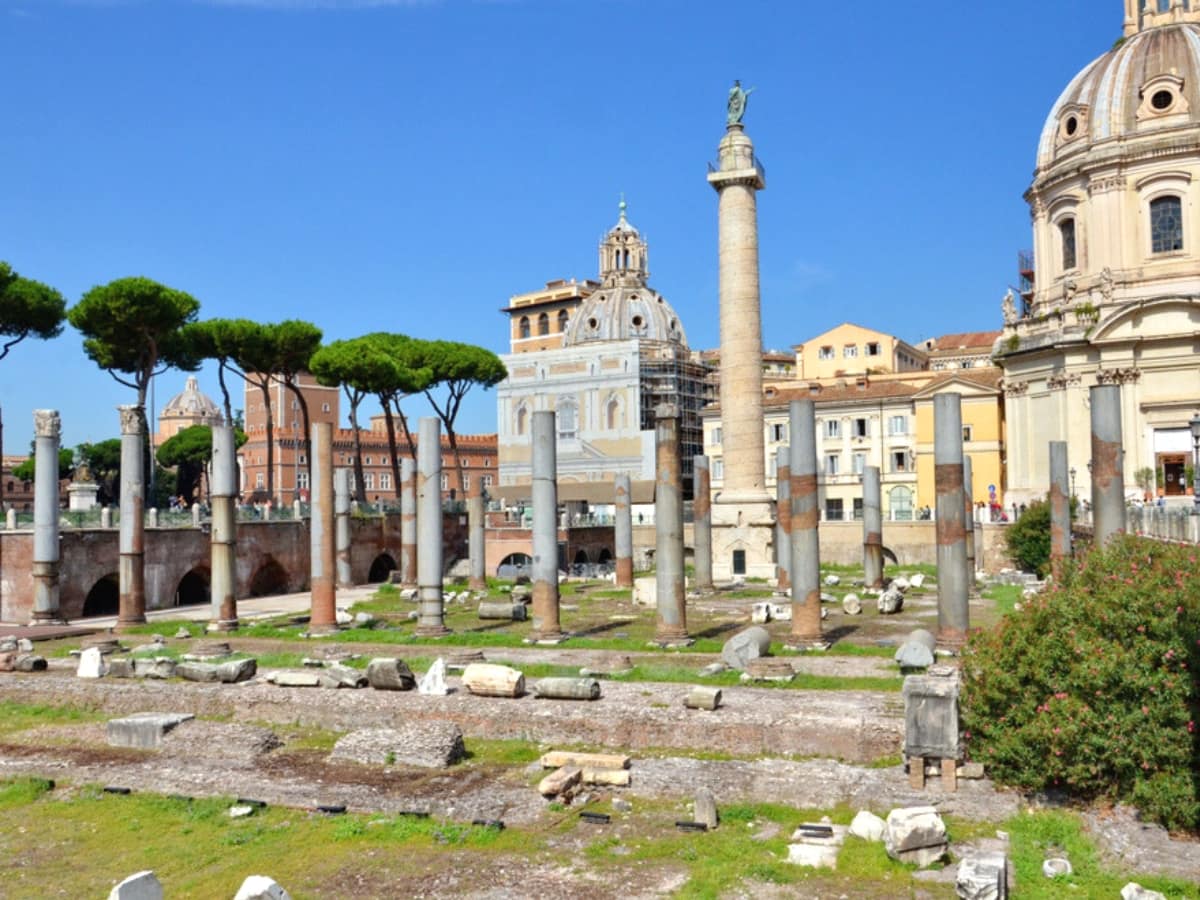 The Basilica Ulpia is the largest and most lavish basilica in Rome and was part of Trajan’s Forum. It’s known for having an architectural style that contrasts largely to what’s usually seen in Rome. It became the main location for political life and instances, with all activity moving from the Roman Forum. This was the case until the construction of the Basilica of Maxentius and Constantine. Despite being used for commerce, justice and business purposes, the Basilica Ulpia’s design became the preference for the building of Christian churches and was established as the architectural prototype. It was also used as the model for a new basilica, the Basilica of Maxentius. 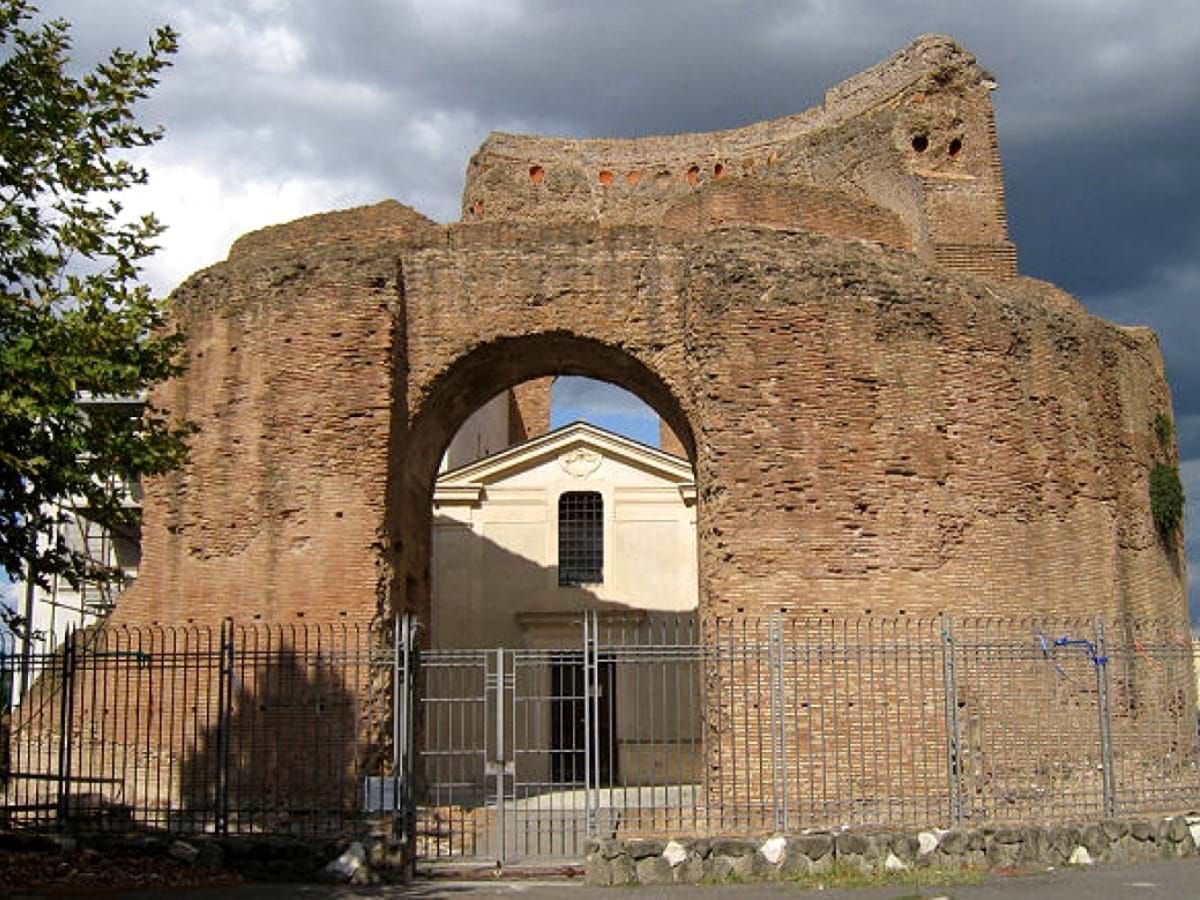 The Mausoleum of Helena was built by emperor Constantine around 326 – 330. It was originally meant to be the tomb for his burial upon the time of his death, but it was instead used for his mother Helena after her death in 328. Helena’s tomb remained here until the 11th century, but it’s now kept in the Vatican Museum as of the 18th century. Her Sarcophagus is carved in the Egyptian porphyry, which was previously only used in the finest of Byzantine imperial monuments. It’s unclear as to why this imagery was used for the burial of a Christian woman, but one thing is for certain: it’s very impressive to look at. Don’t you agree? 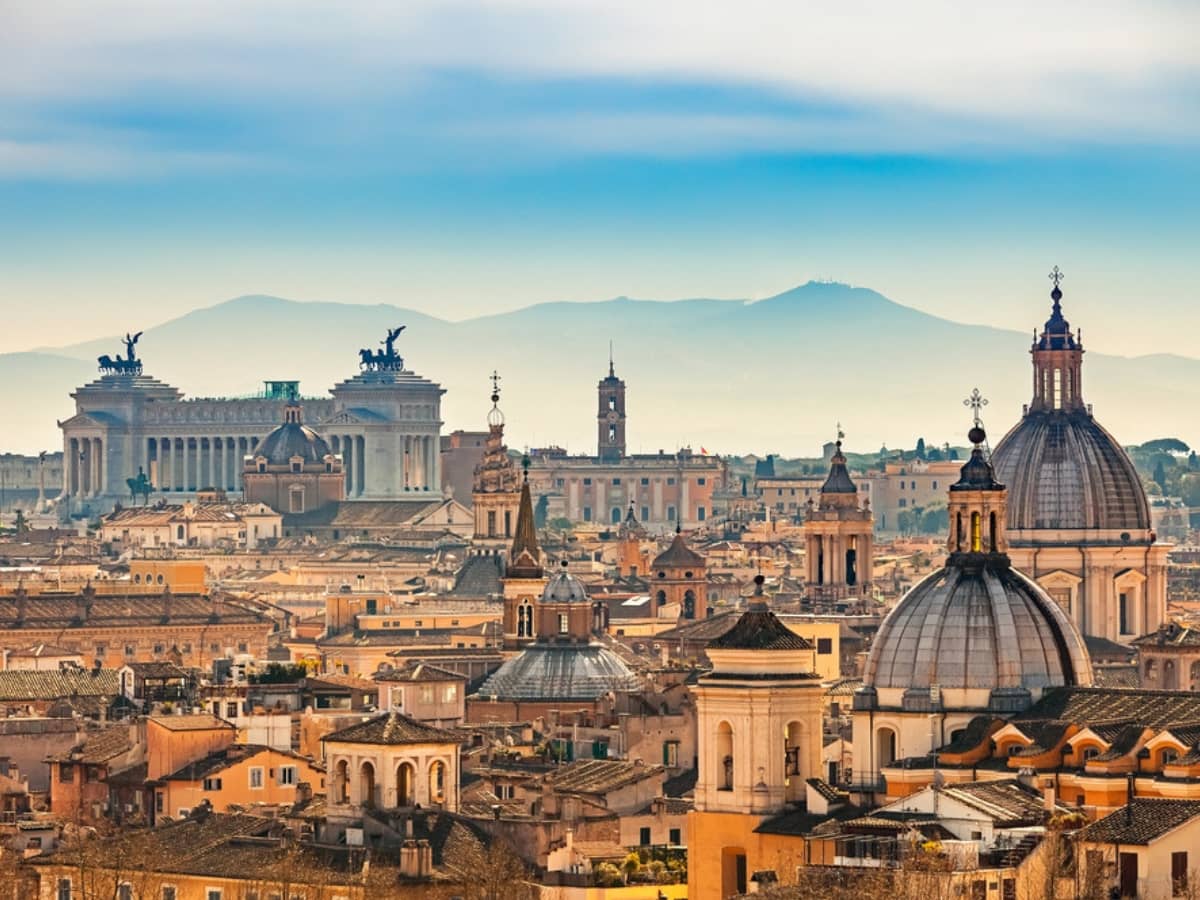 Traveling to Rome in the near future? Be sure to check out our selection of Rome tours!