What’s On: Things to Do in Barcelona in September

Barcelona is an incredible city, and September is one of the best months to visit. It’s not too hot, not too cold, and there’s an abundance of things to do and enjoy. From the annual Festa de La Mercè to beach trips and more, we’ve come up with a well-rounded list of things to do in Barcelona in September. 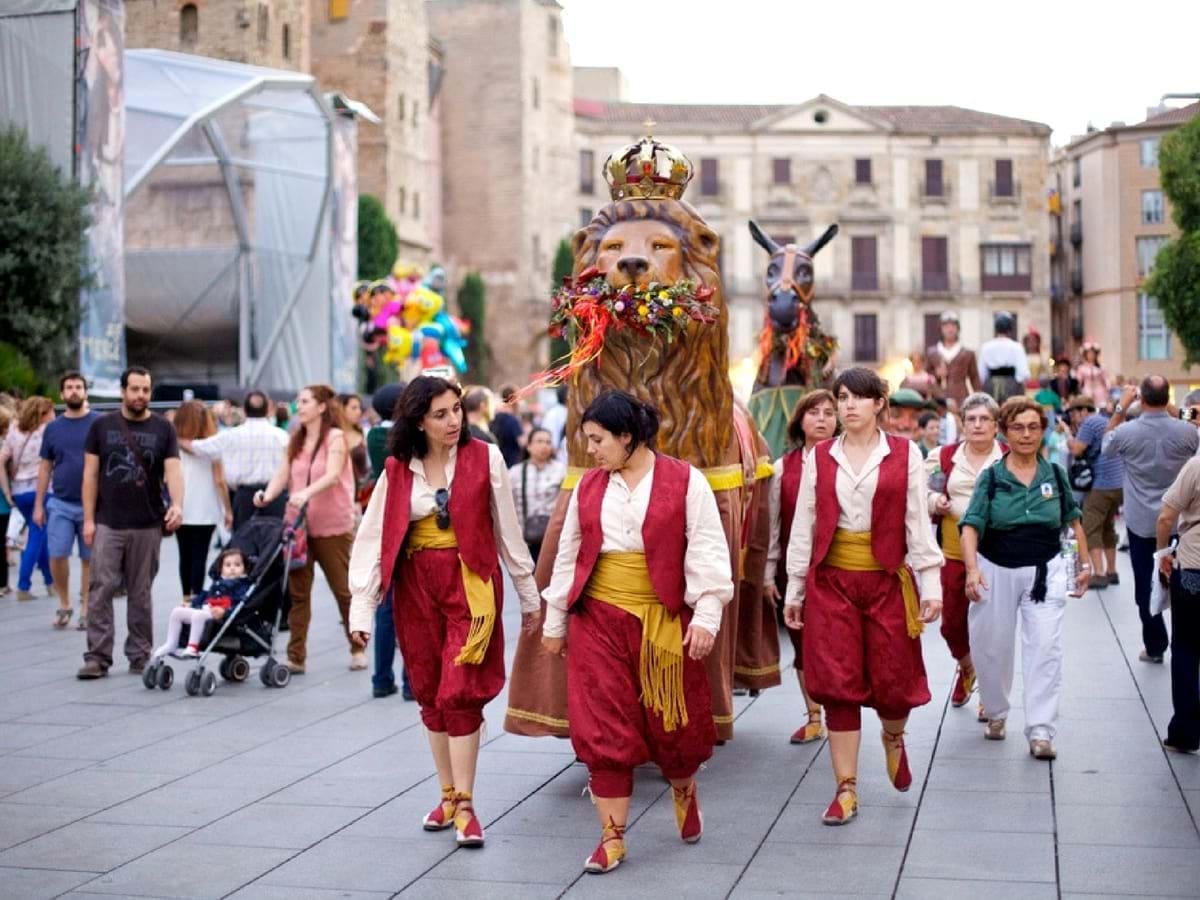 La Mercè Festival – What is It?

Festa de La Mercè, also known as Barcelona’s greatest party, is an annual celebration in commemoration of one of Barcelona’s patron saints, the Virgin of Grace. It usually takes place for about a week, and the celebrative day in question falls on September 24th. It originated in 1871, and the activities were created to recognize the Roman Catholic feast day of Our Lady of Mercy. She appeared simultaneously to King James I of Aragon, Saint Raymond of Penyafort and Saint Peter Nolasco on the night of September 24th, 1218. Her aim in appearing to them was to grant freedom to Christian monks imprisoned by Saracen. Thus, Barcelona’s inhabitants celebrate this event every year on this date.

In 1902, some of the festival’s most prominent features came to be, such as the Sardana dance and the gegants i capgrossos (AKA: paper mâché giants). Nowadays, you’ll see fire runs, light shows and fireworks, the famed castells (human towers), parades and a consistent theme of dragons, beasts and giants. Attracting many locals and tourists every year, La Mercè Festival is always an exciting time in Catalonia’s capital city. Hosting an astonishing 500-600 free events annually, it’s well worth a visit of you’re in Barcelona this September! Another thing that’s good to note: admission to all of Barcelona’s museums is free on September 24th, which is well worth taking advantage of. Having lots of options can only be a good thing, right? 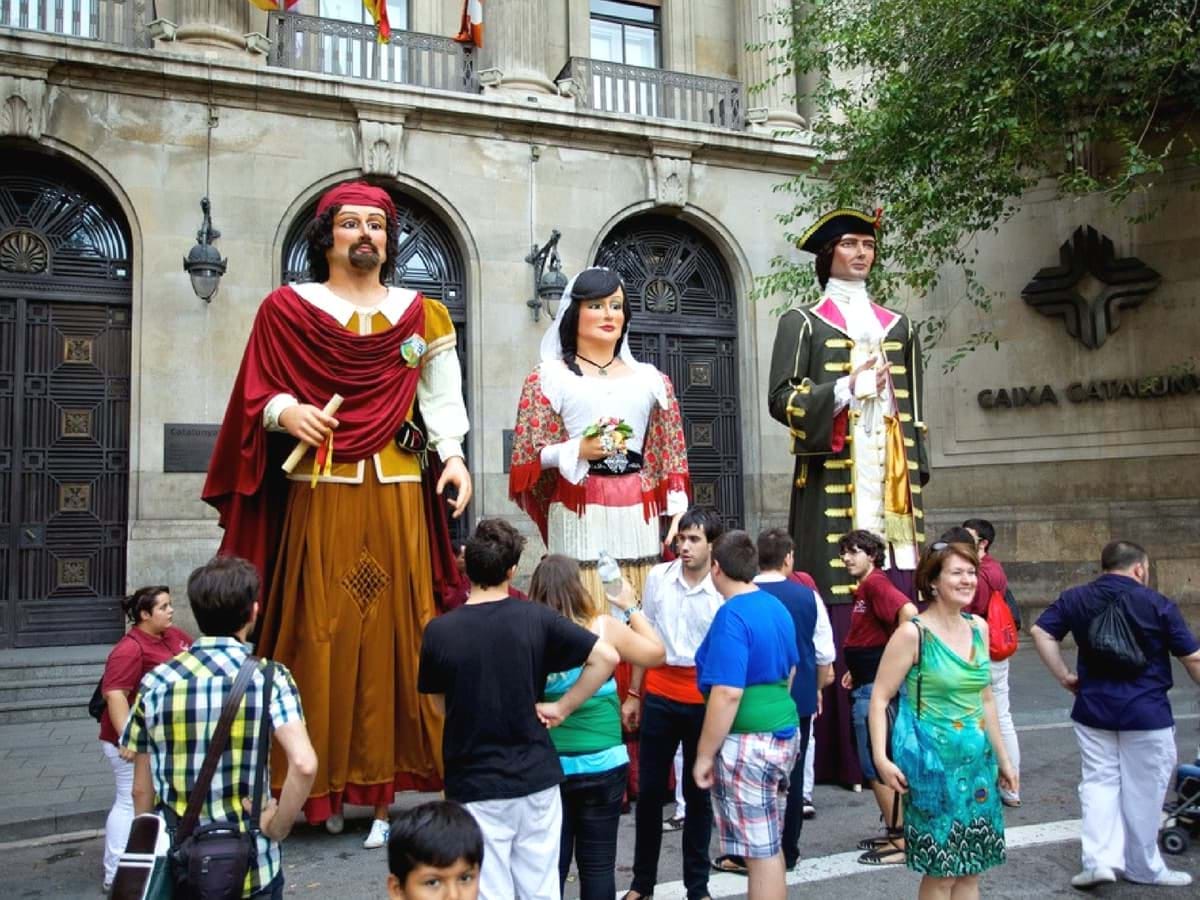 La Mercè is a little shorter for 2018, falling between September 21st to the 24th. There’s a wide range of activities happening during these four days, but let’s start off with the walking tours with Runner Bean Tours. With two free tours, you can experience the Gothic Quarter, or alternatively, Gaudí’s masterpieces. The Gothic Quarter tour traverses the narrow winding streets of the Barri Gòtic, revealing more than 2,000 years of history wrapped up in Barcelona. On the other hand, the Gaudí tour hones in on the architect and his life, as well as the distinctive theme of Modernisme throughout his work. You’ll see some of his most famous buildings before your eyes, from L’Eixample to his unfinished basilica. 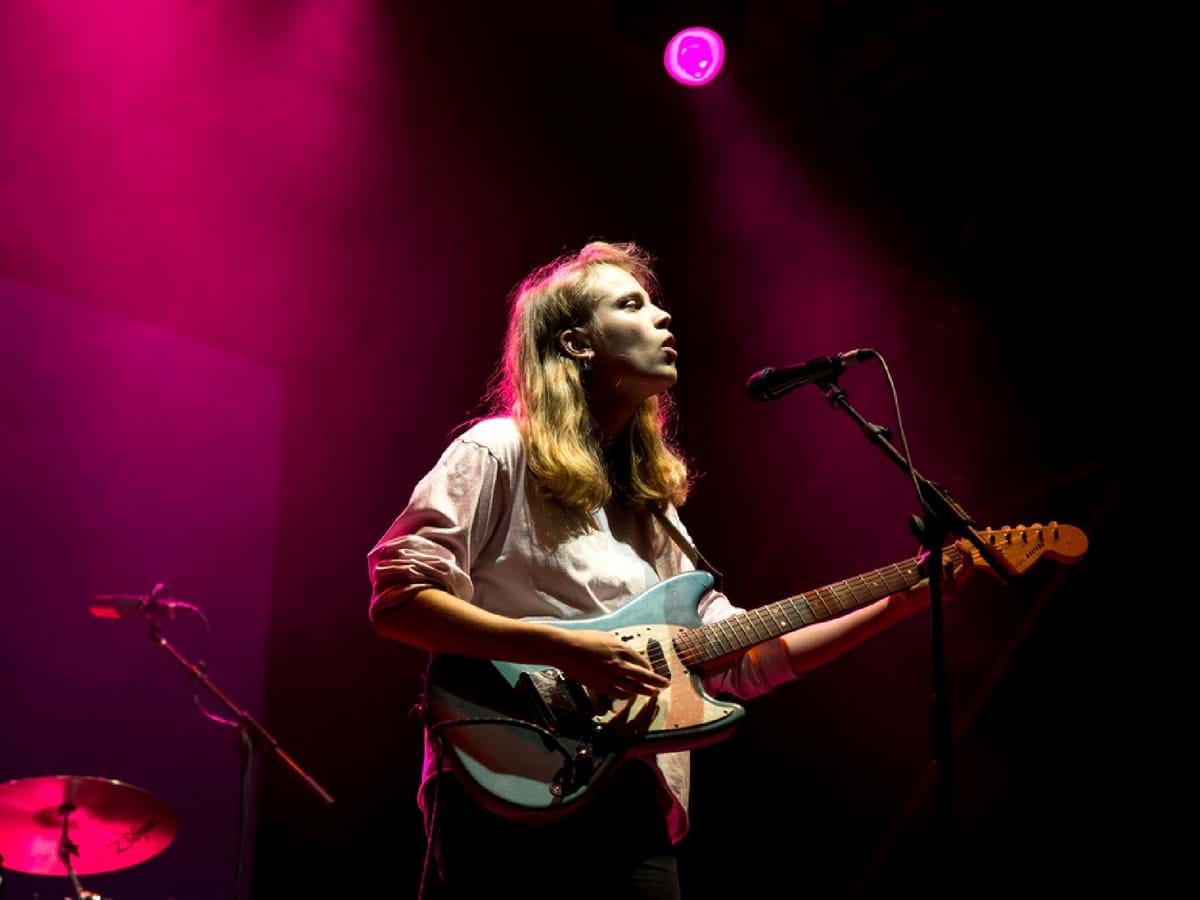 Barcelona Acció Musical is a festival that happens alongside La Mercè, honing in on musical elements and featuring artists and bands both new and old. It began in 1993, and pointedly presents emerging musical talent to the world. With numerous different locations across the city, it promotes some of the best independent artists, ranging from genres such as electronic, rock, pop, indie and folk. Its aim is to always explore new sound, as well as bring an experimental edge to the city’s events and activities. BAM Festival has rooted itself as one of the main parts of musical celebration in Barcelona, while simultaneously coinciding with the city’s main and most popular festival, La Mercè. If you’re a fan of the obscure or on the hunt for a fresh musical perspective, BAM Festival is the place to be! 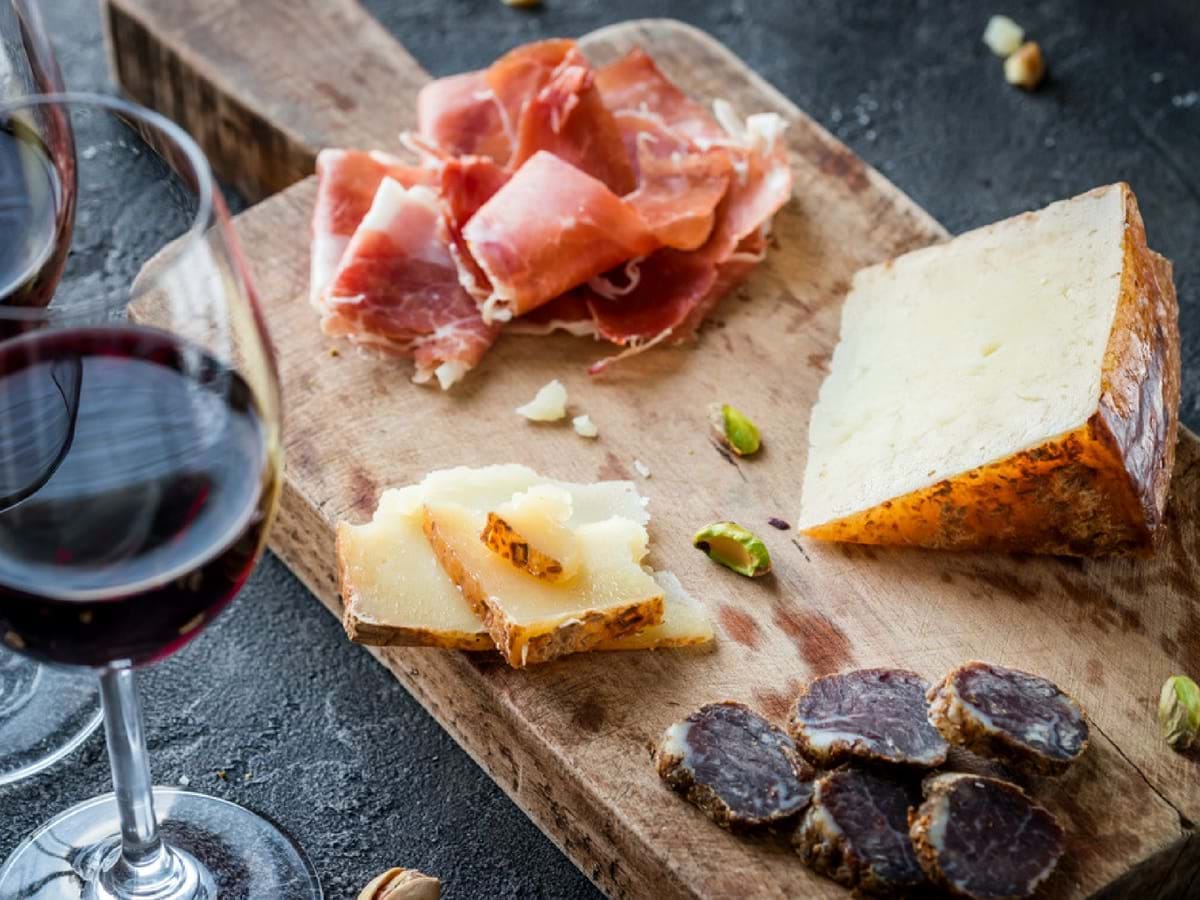 There’s a range of other events and happenings in Barcelona, across a variety of different subject matters. Diada Nacional de Catalunya is the national day of Catalonia, which falls on September 11th every year. It’s held in remembrance of the Bourbon army’s defeat at the War of the Spanish succession in 1714. The citizens of Catalonia get involved by marching through the streets or traveling to the monastery at Montserrat (Fun fact: we have tours available here too!). Festival L’Hora del Jazz occurs for three weeks on Sundays in September. It consists of free jazz concerts during the day, usually in public spaces such as Gràcia’s Plaça Vila de Gràcia.

Mostra de Vins i Caves de Catalunya is a wine and cava fair that occurs during the final day of La Mercè Festival. With over 400 wines from 50 different bodegas, it’s enjoyable day for wine connoisseurs and casual drinkers alike. To top it all off, there’s also cheese and food tastings throughout! Then we have Swab Barcelona International Contemporary Art Fair, created by an art collector who wanted to make the contemporary art scene more accessible for everyone. It gives new artists and galleries the opportunity to showcase their work publicly. Festa Major de la Barceloneta happens between late September and early October and adds a fun element into Barcelona’s social scene. Here, you’ll find firework shows, football tournaments, Sardana dancing, bread-tasting, music, parades, and so much more. Perfect for polishing off your time in the Catalonian capital, we can guarantee that it’ll be a time to remember! 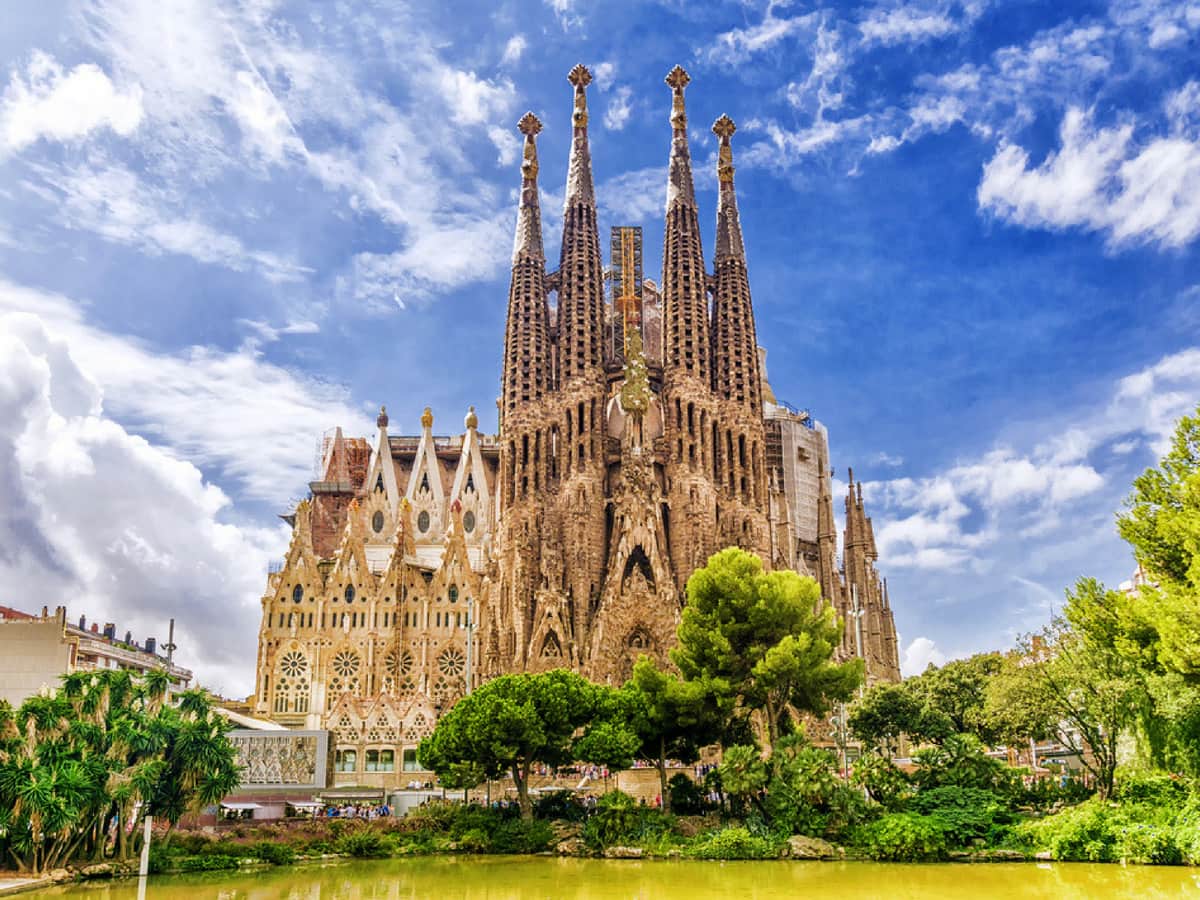 Granted, we already mentioned the free Gaudí-based walk of his masterpieces above. But what about taking a visit to these iconic structures for yourself? Just in case you needed a little introduction, Antoni Gaudí was a Barcelona-based architect, who worked on buildings and structures throughout the city for almost 50 years. His works were representative of Catalonian Modernisme, and always integrated religious elements because of his devout Catholic faith. You can inspect his use of intricate shapes and design at Casa Míla and Casa Battló, or alternatively, visit the famed Park Güell, to see his distinctive Trecandís technique and reptilian mosaics for yourself. Opened very recently in 2017, Casa Vicens is also an option for architectural exploration. And not to be forgotten, the tremendous Sagrada Família is an essential visit on any trip to Barcelona. If you’re interested in visiting any of these locations, we have specialised Gaudí tours available here.

Can’t get enough of Barcelona? We have a range of fun tours throughout the city for your education and enjoyment!

Romantic Things to Do on Your London Couple's Break

What to Expect When You Visit Windsor Castle