What to Expect When You Visit Windsor Castle

Windsor Castle, the wedding location of Prince Harry and Meghan Markle. AKA one of the biggest events of 2018. But with almost 1000 years of history behind it, this isn’t all that it’s known for, needless to say. In today’s post, we’re chatting about the history of Windsor Castle, as well as a selection of the rooms located within this spectacular chateau. 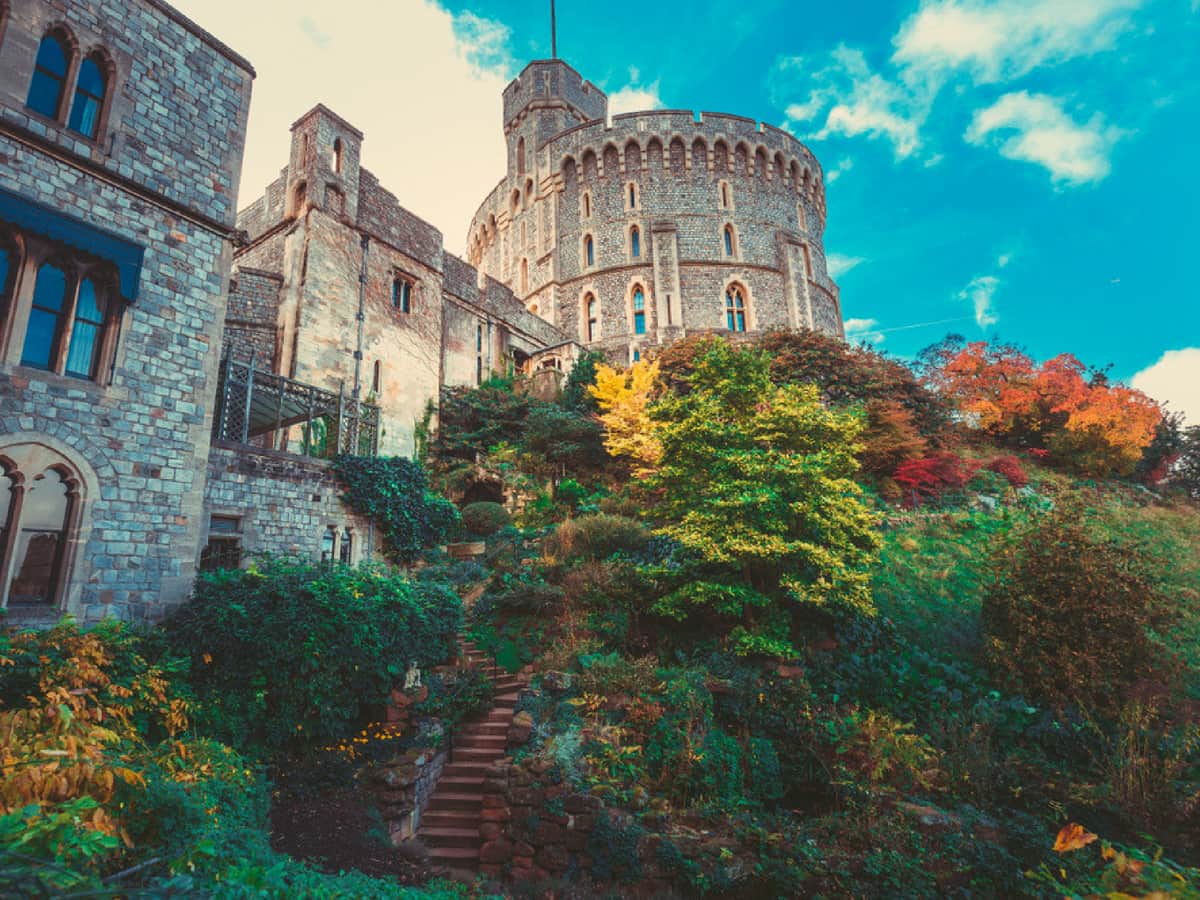 Built in the 11th century on a hill in Berkshire along the river Thames, Windsor Castle originated as a traditional motte-and-bailey castle. Its construction commenced around 1070 and took 16 years to complete. The site was chosen by William the Conqueror, as its ideal location meant that it was easy to access both food and London, via the Thames and the Saxon hunting ground. It was one of nine castles around London at the time and was made mostly from wood.

Henry I was fond of this structure and intended for it to become the royal house of the English crown. Once this occurred, they began restructuring the castle to the impressive silhouette that it presents today. His grandson Henry II also added royal apartments at a later date. He also decided to upgrade the walls to stone, which took 60 years to complete. From 1350 onwards, Edward III spent the most money that any monarch had ever spent on a single building. He spent a total of £50,000 working on the castle. Windsor Castle instantly became associated with royalty, wealth and an advanced sense of architecture. For it to be fit for royal residency, it has been renovated numerous times over the course of several centuries.

As of 2018, Windsor Castle belongs to Queen Elizabeth II. And here’s a fun fact: it’s her preferred weekend home. Imagine that! I can see it now: packing up with Vulcan and Candy (they’re her dorgis, by the way) and setting off into the sunshine. Bliss, are we right? 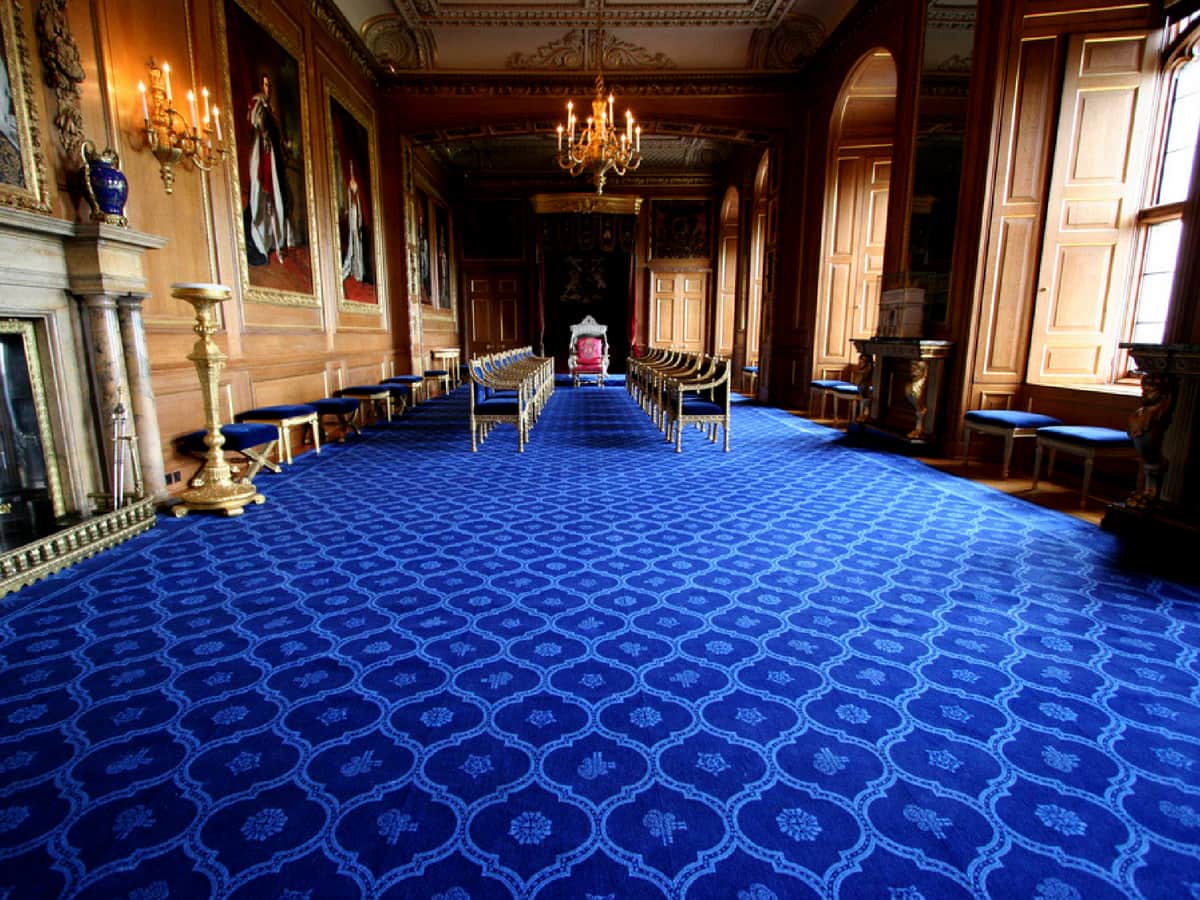 So, what is there to see at Windsor Castle? We can answer that in one word: PLENTY. We’ll start off with the State Apartments, which make up the centrepiece of the castle. They were originally designed to rival the décor at Versailles in France, showcasing carvings by Grinling Gibbons and ceiling paintings by Antonio Verrio. A number of these works have unfortunately been lost during the renovations of the castle throughout the years. There was also a fire in the State Apartments in 1992, but luckily, these rooms were restored afterwards.

Next up, we have the Semi-State Rooms, which were the private apartments of George IV. Presenting richly decorated interiors throughout, they are now used by the Queen for entertaining purposes. The Semi-State Rooms are present on the sunnier sides of the castle, and include the magnificent Crimson Drawing Room, which stands as one of the most expensive interior decoration schemes carried out in England.

There’s also the Grand Reception Room, which was the castle’s main ballroom. It presented large chandeliers and elaborated gold-toned gilding throughout, truly showcasing the luxurious and regal interiors of the Royal family. This room was also badly damaged in the fire of 1992, but it’s since been restored to its previous perfection. 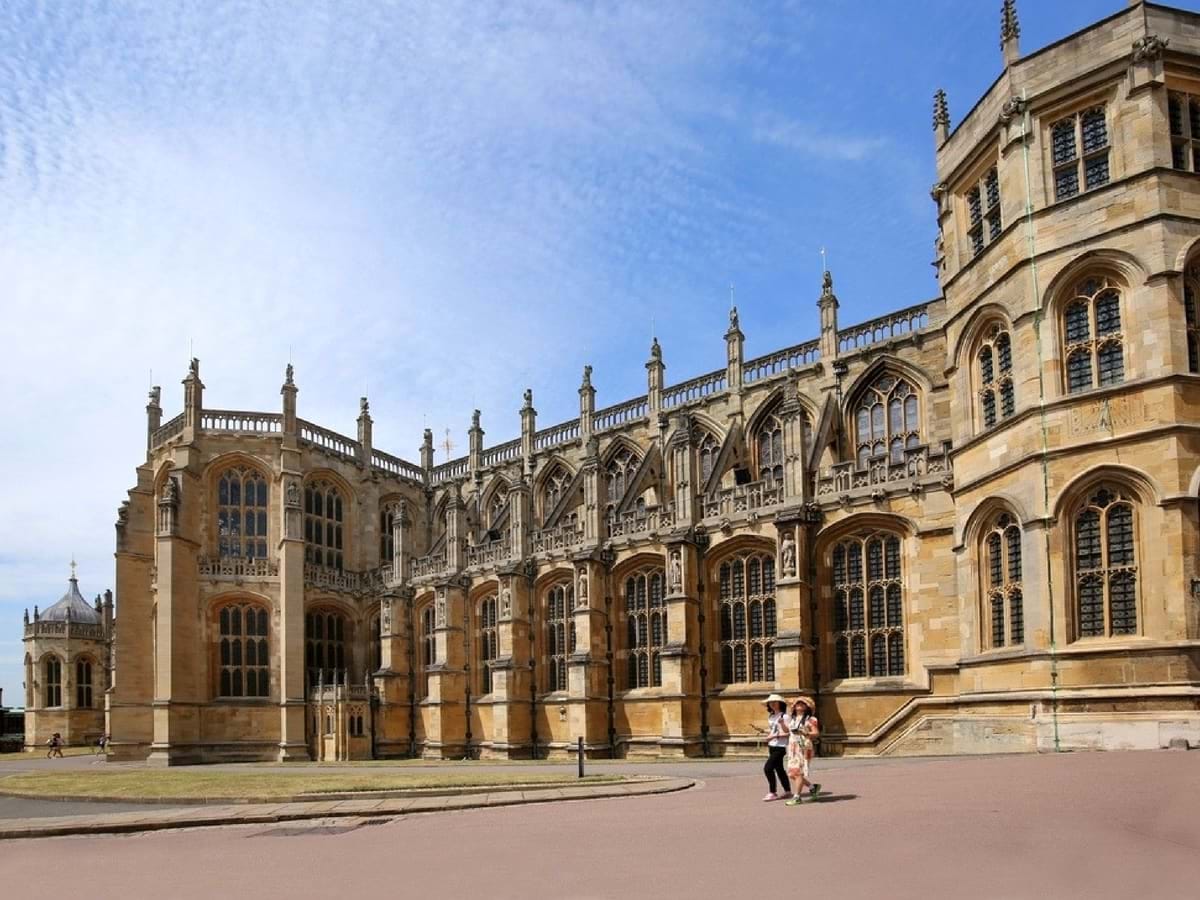 There are a number of other features in Windsor Castle, such as:

To satisfy your UK travel bug, check out our range of Windsor Castle tours!

What’s On: Things to Do in Barcelona in September

The Best Gelato on the Amalfi Coast