20 Things to Do in London

There's so much to do in Britain's amazing capital! Not sure where to start? From Buckingham Palace to Stonehenge, there's something for everyone. This list of 20 things to do in London will set you on the right track to a trip filled with enjoyment!

Take a look at this comprehensive list of the best attractions you won't want to miss:

In a country full of traditions, the changing of the guard in front of Buckingham Palace is one of the most sacred, and it is certainly a must-see affair when visiting England's capital. Two months out of the year, the doors of the palace open for the public to get a glimpse at the daily affairs of the Royal Family.

Check out our range of Buckingham Palace Tours!

Over eight million artifacts from around the planet are housed in the British Museum. In this million square foot mansion, you can see the Rosetta Stone, real mummies from Egypt and ancient hieroglyphic art. It's easy to get lost in two millennia of history, so seeing everything in one visit is virtually impossible. Consider taking our highlights of the British Museum tours with an expert guide to make the most of your day.

3. The Tower of London

This once infamous prison where Queen Anne Boleyn awaited her execution is now home to the crown jewels, which include swords, scepters, orbs, rings and crowns passed down through the dynasties. Talk with a local yeoman to get a full history of England's many royal families. Be sure to arrive early with our Tower of London Tours because the Tower of London is one of England's most popular attractions. 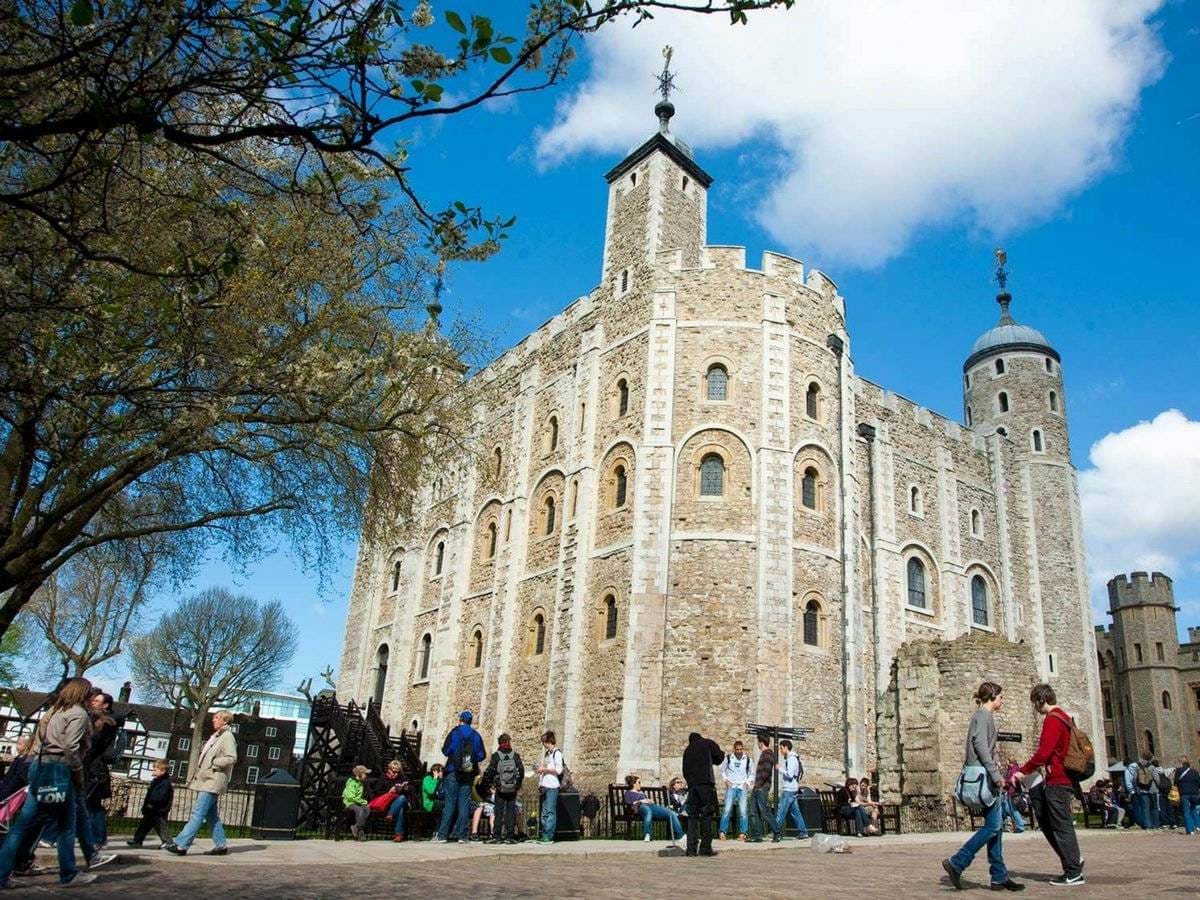 The Imposing Tower of London

World War II was a dark time for Londoners, but Winston Churchill hoped it would be remembered as England's 'finest hour' thanks to the performances of thousands of brave British soldiers who helped fend off the Nazis. During the war, Churchill and his ministers commanded from a secret bunker beneath the treasury building. Now visitors can learn about England's greatest prime minister in the place where he helped plan the defeat of Hitler on our Churhill War Rooms Tour.

If you're captivated by 20th century military history, be sure to visit the Imperial War Museum's First World War Galleries. Experience life in the trenches, and relive the political turmoil that led up to one of history's greatest tragedies through photographs, artifacts and letters from missing soldiers.

Everyone loves dinosaurs, and England's Natural History Museum houses the remains of these majestic creatures who lived hundreds of millions of years ago. Skeletal reconstructions and life sized models of infamous reptiles like T-Rex give visitors a whole new perspective on Europe's history.

The greatest collection of English literature, lyrics and texts belongs to The British Library. The manuscripts of Shakespeare, Dickens and John Lennon all lie within its many halls. You can see everything from the original lyrics for ‘Strawberry Fields Forever’ scribbled on some scrap paper to the Magna Carta itself.

The Hollywood of its day, Shakespeare produced many of his famous plays at the Globe Theatre hundreds of years ago to massive audiences. A replica now stands on London’s Bankside neighborhood where performances of the bard's works are performed in multiple languages throughout the year. You can also take a tour and learn about the history of the venue.

When you visit Trafalgar Square, be sure to step into the National Gallery to admire original art from Europe's master painters such as da Vinci, Botticelli and Van Gogh. Next door at the National Portrait Gallery, you can see pictures of every important British aristocrat from Queen Victoria to the current Duchess of Cambridge.

The world's oldest scientific zoo is home to more than 650 animal species from all parts of the globe. Since it opened in the early 18th century, the London Zoo has been a leader in research on animals ranging from primates to penguins.

If you want to impress your friends with pictures of all of the local celebrities you met, visit Madame Tussaud's for photo ops with the likes of Queen Elizabeth and the famous boy band One Direction. With hundreds of living and deceased celebrities and historical figures to pose with, you could spend hours having fun in the coolest wax museum in the world.

You saw it on television when you watched the recent royal wedding between Prince William and Kate Middleton. You may even remember seeing it when Queen Elizabeth II was coronated. Now you can take a tour of the spot that has been the royal families' ceremony grounds since William the Conqueror took the throne in the 11th century. Behold thousands of years of Britain's greatest architecture commissioned by the many kings and queens of England on our Westminster Abbey Tour.

These man-made caves extend 20 miles under the suburbs of London and were created hundreds of years ago to mine flint and chalk. Now a popular tourist attraction, they became home to 15,000 people hiding from the air raids during World War II. Their underground society had electricity, hospitals and churches. In happier times, the caves have hosted performances by Jimi Hendrix, David Bowie and Pink Floyd. You may also recognize parts of the caves from TV shows like Doctor Who.

Situated directly on the prime meridian, the Royal Observatory led the world in the study of stars in the 17th century. Today, the observatory is a museum that includes the Peter Harrison Planetarium. By combining recent images taken by spacecraft with advanced CGI technology, the planetarium presents a different show every night.

Not only can you see more than 5,000 plant species at the Chelsea Physic Gardens, but you can learn the basics of botany. Their Pharmaceutical Garden showcases the many therapeutic uses for plants, and The Garden of Edible and Useful Plants will leave you well prepared to survive in the wilderness. It's also a great place to have tea, and you may even see couples getting married on the beautiful grounds.

Tate Britain and Tate Modern, two of Europe's most popular museums, are separated by the Thames River. Fortunately, the Tate Boat shuttles art enthusiasts back and forth every hour, so you don't have to choose between Picasso and Constable.

17. The Village of Lacock

While you're visiting London, don't miss a chance to see other parts of the country. There are plenty of places perfect for easy day trips. For instance, Lacock is a 13th century village frozen in time and preserved by the National Trust. Its rustic, cobblestone sidewalks have hosted the sets of films such as the Harry Potter series and Pride and Prejudice. Enjoy a traditional English meal and wash it down with some of Europe's finest beers in Lacock's historic pubs. We take you there on our Stonehenge tours from London.

Almost 2,000 years ago, the Roman Empire built lavish baths on top of a thermal spring, which is how the village of Bath got its modern name. Today, visitors from around the world can tour these ancient facilities and finish the day with tea at one of many artisanal cafes. Bath is also home to revered author Jane Austen and a small museum dedicated to her legacy.

Despite being a Wonder of the World, no one knows why or how the monoliths at Stonehenge came to be over 4,000 years ago. You can entertain the many theories at the recently opened visitors center, which is a train-ride away from the legendary site. Regardless of what you choose to believe, Stonehenge is a testament to prehistoric architecture. 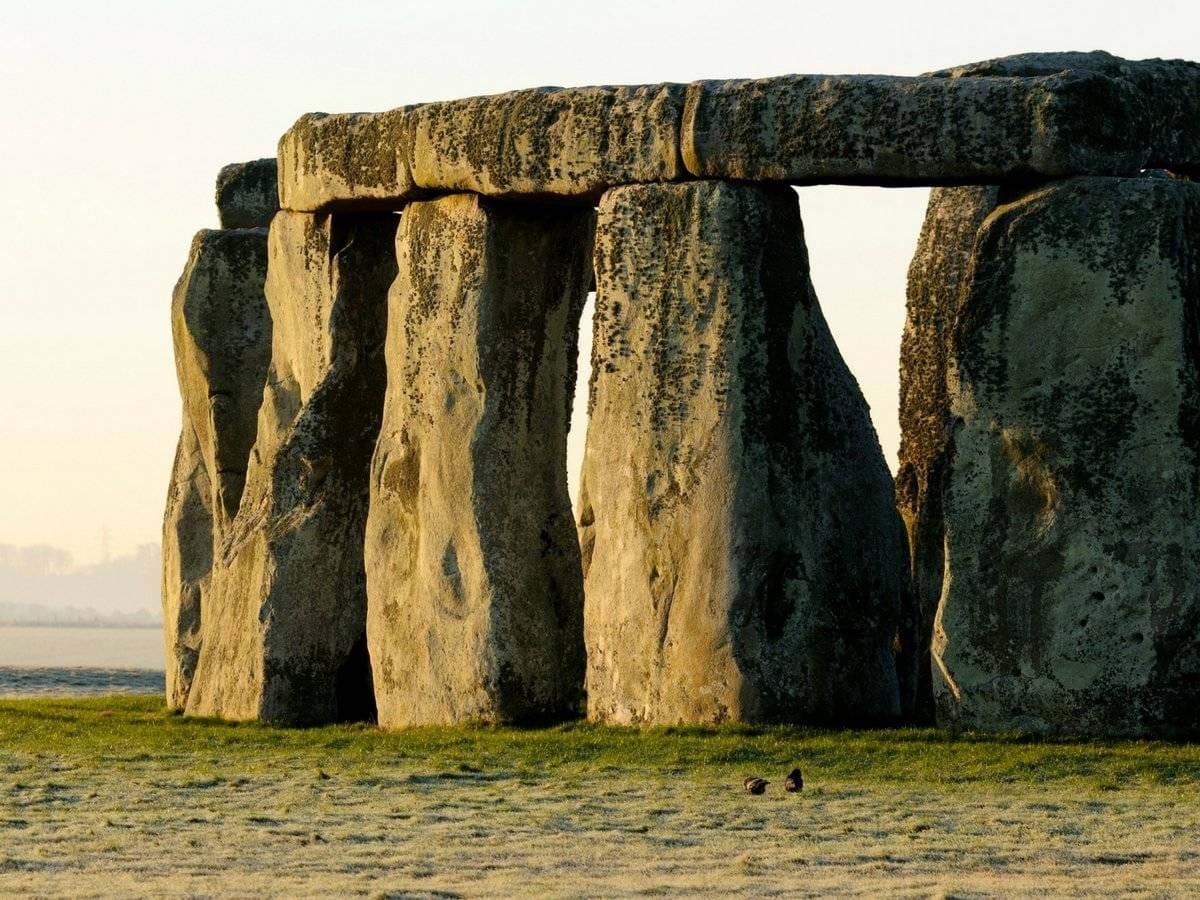 The Mysterious Monoliths at Stonehenge

The best view of the capital city is atop the London Eye, which is one of the largest Ferris wheels in the world. Also referred to as the Millennium Wheel, this structure has been compared to the Eiffel Tower in that it provides everyone, rich or poor, to see all London has to offer.

For a full list of top City Wonders experiences at this destination take a look at our London tours page.

The Most Exciting Things to Do in Rome

Spending the Ferragosto Holiday in Rome