With season two of Netflix’s period drama, The Crown quickly approaching it’s hard to imagine how it will compare to the grandeur of season one and with a budget of over £100 million it is Netflix’s most expensive series to date so expectations are high. But Netflix’s gamble paid off though as the show has notched up a pretty impressive list of awards including Golden Globes, multiple Emmy’s and Screen Actors Guild Awards. Based on the first decade of the Queen’s reign, The Crown gave us a peek into the secret lives of the royals, Elizabeth’s relationships with Prince Philip, her sister Princess Margaret and the rest of the royal family. Most of the series has been true to fact but here are a few facts you mightn’t have noticed from the series…. 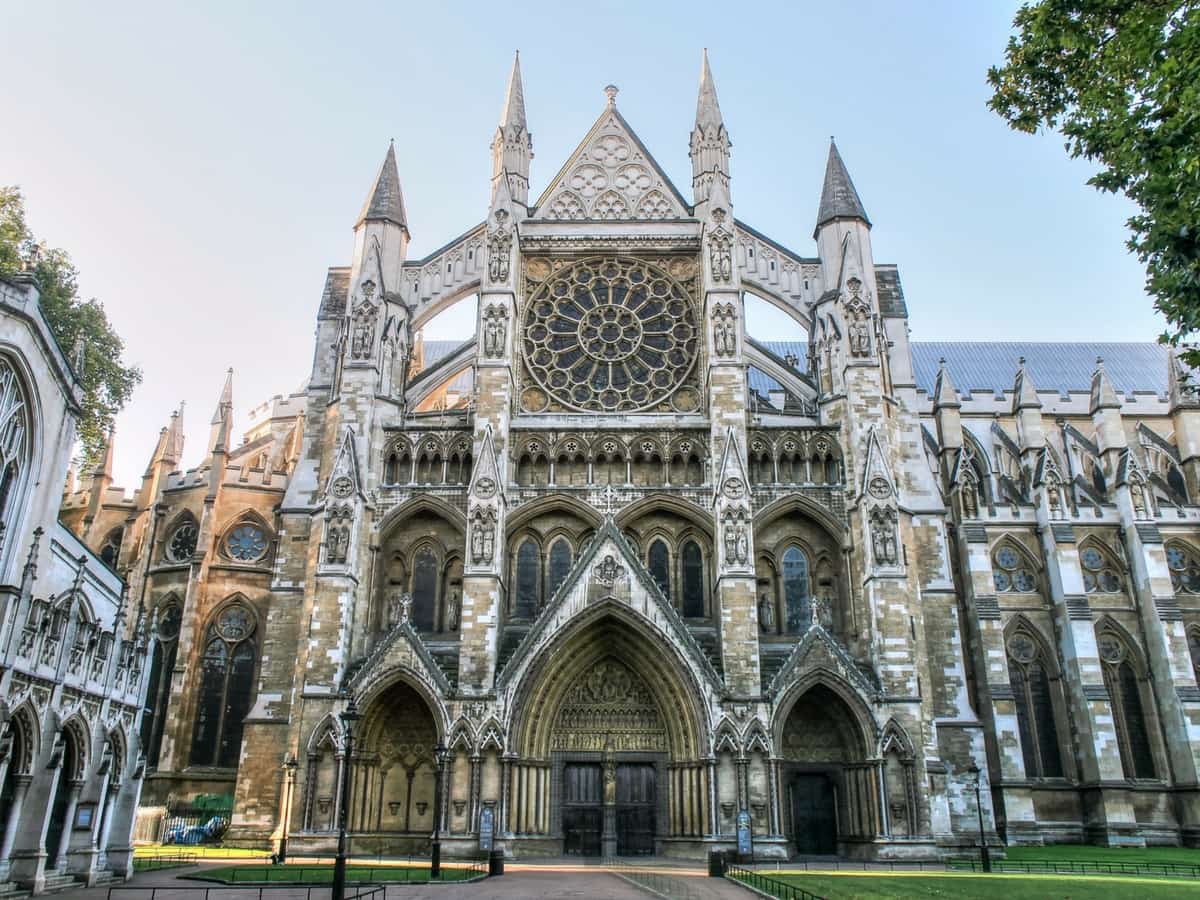 Westminster Abbey - The venue for the Royal Wedding

The royal wedding of Elizabeth and Prince Philip took place in Westminster Abbey on November 20th, 1947, but when it came to recreating the events of one of the most talked about days in history the producers of the show were refused permission to film in Westminster Abbey so instead it was shot over 5 days in substitute venue, Ely Cathedral. During the scene of the wedding, you may have noticed large floral displays decorating the cathedral, but in real life, there were only two floral displays on either side of the altar because of post-war austerity. You can discover the locations the show is based on our Royal London walking tour; you’ll get the chance to see Westminster Abbey, Buckingham Palace, and many more locations in just one day.
You can’t speak about the Royal wedding without mentioning the dress, to create a replica of the original gown for the show it took a total of seven weeks and about £30,000! Which according to Claire Foy, “weighed a ton.” This was very different from the original gown which Queen Elizabeth wore, bought with ration coupons that the then Princess had saved up, plus a 200-coupon supplement from the government.

John Lithgow, who won a Golden Globe for his performance, plays the Queen’s first Prime Minister. This was an interesting choice for the role for a few reasons the main being John is an American actor standing a towering 6ft 3 while Churchill stood at just 5ft 6. Show creators took some interesting measures to be sure scenes involving Lithgow were as accurate as possible, like building the 10 Downing Street set with taller doors in a bid to make him look smaller. For the role, Lithgow donned a wig and padding to make him resemble the Prime Minister, as a way to recreate Churchill’s speech impediment Lithgow explained: “The plumpers were little pink resin blobs that clicked onto my back teeth and swelled my jowls to Churchillian proportions.” 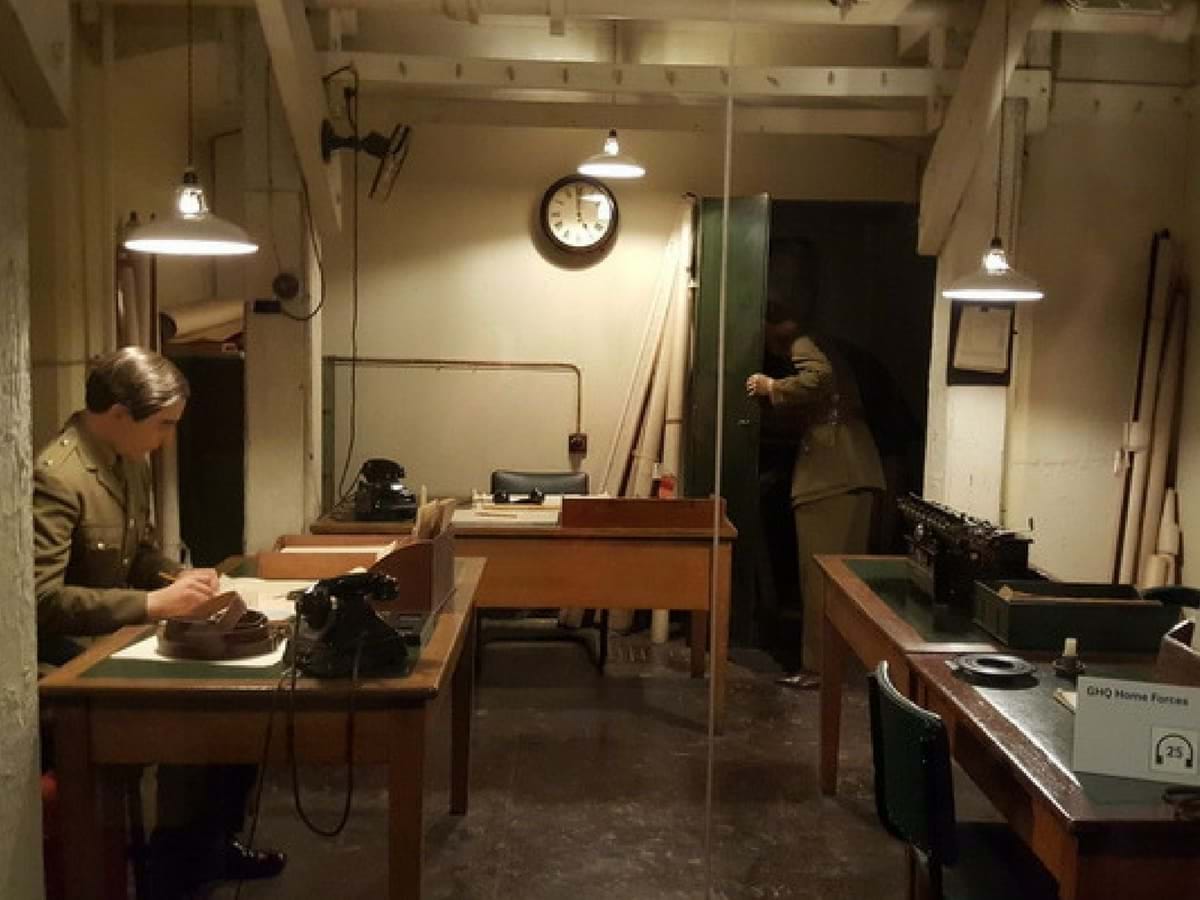 One of Churchill’s most testing times as Prime Minister that wasn’t documented in the show was WWII, this was a time when rations had become scarce and bombings were destroying families. During this time Churchill was housed in a secret bunker with only the people he trusted and today you can actually visit these bunkers, which are untouched since 1945 as part of the Churchill War Rooms Tour.

Venetia Scott is a young secretary who begins working for Winston Churchill as he begins his second term as Prime Minister. Venetia is shown as eager to impress her new boss, she’s first seen catching his attention in episode four when she recites a passage from his memoirs that she has memorized word for word. One of the most memorable scenes sees Venetia getting soaked by Churchill's bathwater as she reads to him through a bathroom door. But amazingly there is no record of a Venetia Scott! The Crown's creator, Peter Morgan, has said he invented the character to add a sense of tragedy to the ‘Great Smog’ episode.

What We Know About Season 2

Matt Smith and Claire Foy will be back for their final run as Queen Elizabeth II and Prince Philip, but they will be replaced in season three (sad face) as the show moves forward in time to tell the story of the Queen’s later reign. Excitingly though it has recently been announced that the Golden Globe actress Olivia Colman will take over the lead role from Claire Foy.
Joining the returning regulars for season two will be Dexter's Michael Hall who will play John K. Kennedy, joined by Jodi Balfour as Jackie Kennedy to play the late US President and his First Lady. One noticeable absentee from the line-up is John Lithgow due to his resignation as Prime Minister in season one.
Season two is expected to follow the royals from 1957 through to 1964 – which means the births of Princes' Andrew (born 1960) and Edward (1964). Going by the time frame, expect to see Philip leaving his wife and family for a World Tour fuelling rumors that his long absence put a strain on his marriage. The new season is due to be released on Friday, December 8. The perfect early Christmas present – We Can’t Wait!!