Ah Paris, a city of bright lights, romance and elegance. But like every bustling metropolis Paris has a dark side, a side where ghouls of times gone-by still haunt the city’s streets. Walk in the footsteps of the city’s most goosebumps inducing residents with this guide to the ghosts of Paris’ past. From the Paris Catacombs to the city’s most famous graves and even the ghoulish spirits that haunt the streets of Paris after dark, unravel the mysteries of Paris’ dark side with this guide to the city’s underworld.

Paris Catacombs: The City of the Dead 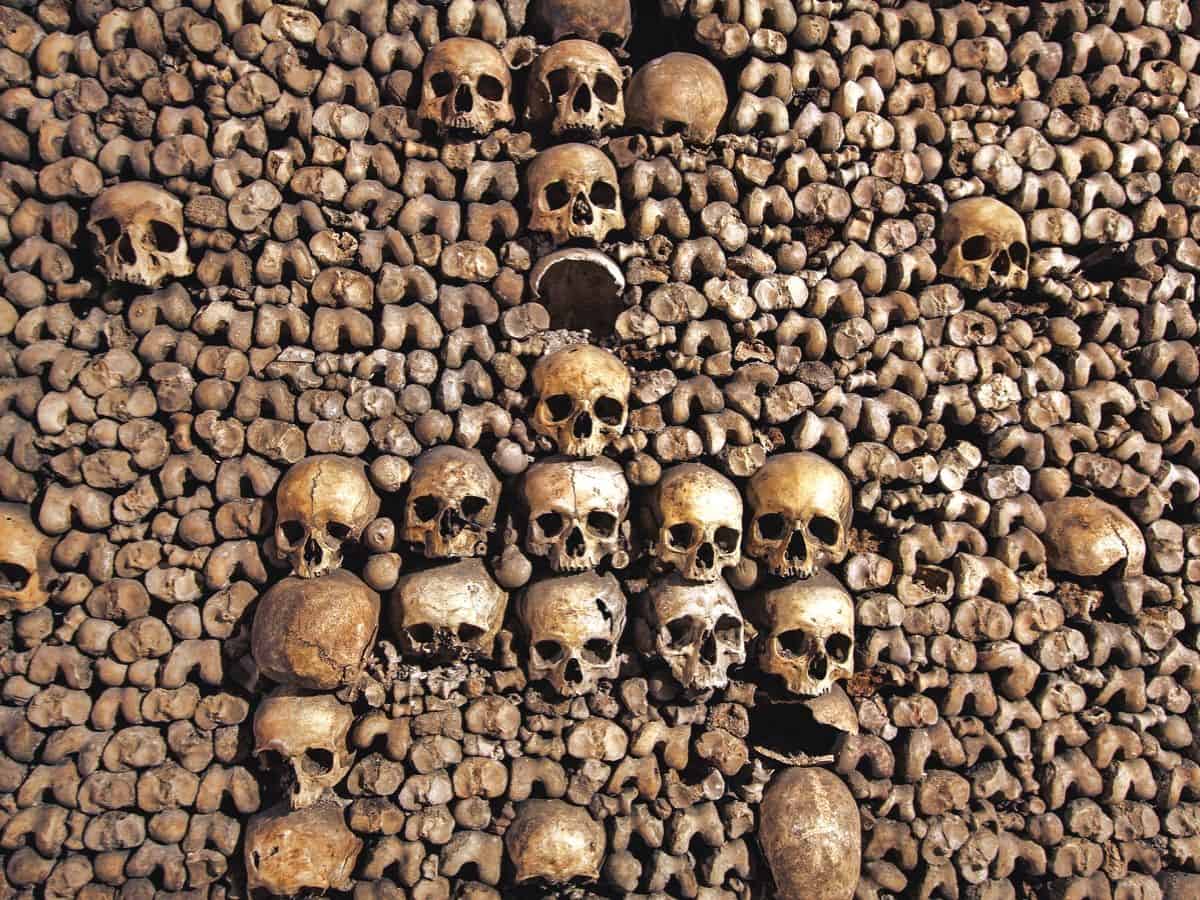 As the city of Paris developed into its role as a major European power its growing population and the demand for resources caught up with it. By the 18th century, so many people had lived and died in the French capital that its cemeteries were overflowing. In a bid to bury the city’s growing population of the dead, gravediggers would bury corpse on top of corpse on top of corpse. This continued to the point that there was not enough soil to cover the bodies of the dead and so often these decaying corpses became exposed to the naked eye. Eventually, city officials decided to reopen the centuries-old tunnels, that had existed beneath the streets of Paris since the 13th century, to use them as a resting place for the city’s dead. Originally excavated when limestone quarries were mined under the city in the centuries before, this intricate network of tunnels soon became home to the bones of over 6 million Parisians and thus the Paris Catacombs came to be.

In 1786, cemeteries around the city started to be emptied, beginning with Les Innocents. Their former residents were transported across the city and lowered up-to five stories below ground level to their new home at the catacombs of Paris. It took an incredible 12 years to move all the bodies.

Today visitors to the catacombs are invited to descend deep below the city’s streets, below its metro lines and sewers, to explore the macabre tunnels that so many spirits call home. Decorated with the skulls and bones of Paris’ past you can marvel in the mysteries and madness of this truly unusual site on our Paris Catacombs tours.

Spirits from the Grave

Forget the Eiffel Tower, the Louvre and the Arc de Triomphe, to get under the skin of Paris’ past make sure to add Père Lachaise Cemetery to your tourist itinerary. Unknown to most visitors to the French capital, the Père Lachaise Cemetery is one of the most interesting historic sites in the city. We know this may sound crazy but allotments at this Parisian cemetery make up some of the most prestigious and costly graveyard real estate in the world! This cemetery is the final resting place of 70,000 souls, many of them famous artists, musicians and writers. Among the most noteworthy residents of Père Lachaise is the grave of Jim Morrison, decorated in graffiti art from his fans and the art deco tomb of renowned poet Oscar Wilde, covered in red lipstick kisses from his admirers.

Relive the lives and deaths of some of the most fascinating characters in world history, art, music and culture as you explore this truly mesmerizing cemetery with an expert guide, on our famous graves of Paris tour.

Spooky Tales from the City's Past 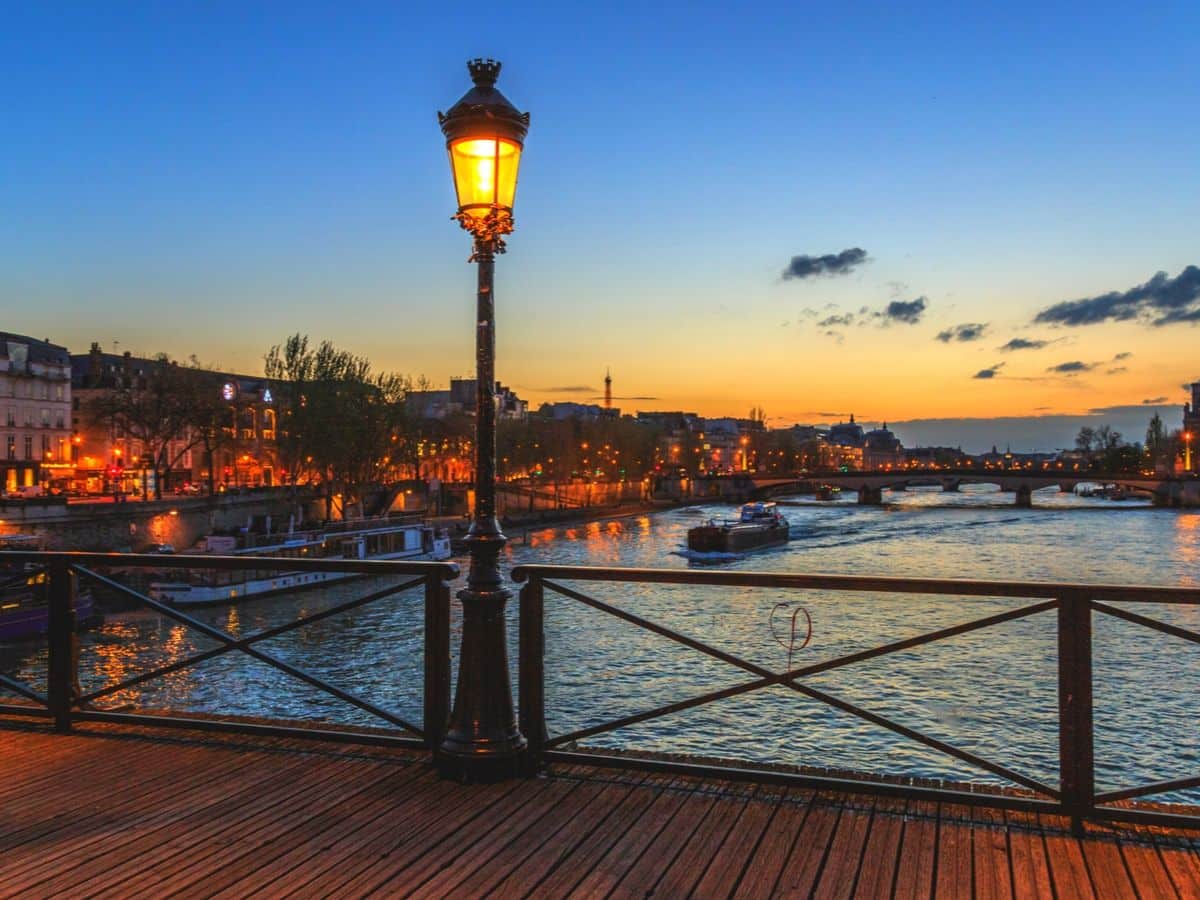 Although often referred to as the City of Light, Paris has an unusually dark and stormy past. Long before it was ever considered a capital city for art, culture, fashion and romance; the city endured a somber past filled with gruesome murders, torture, political unrest, devasting wars and brutal monarchs, and let’s not forget the menacing Black Death. Join the ghosts and ghouls that haunt the city as you explore Paris after dark on our Paris night walking tour. In the company of your expert English-speaking guide you’ll discover the seedy and sinister underbelly of the City of Love. Uncover the eerie side of Paris as you visit some of the city’s most iconic sites including; The Louvre, St Germain de Auxerrois and the Seine, and hear the harrowing tales that still haunt these much-loved landmarks today.

Get under the skin of this fascinating city as you uncover the City of Light’s dark side. You’ll learn that la vie isn’t always en rose as descend into the city’s dark underbelly before returning to the land of the living with a new appreciation for this incredible city and the harrowing past it fell witness too. If these ghost tours of Paris sound a little too spooky for you then check out our range of best Paris tours for the ultimate Parisian day out.

Discover the Art, History and Secrets of Doge's Palace

Best Things to do in London during Fall

Our incredible Paris Catacomb Tours take you on a fantastic journey into the chilling secrets buried beneath France's capital city. Gain privileged access to restricted areas that are closed to the general public to see the enigmatic treasures others don't.