Could you walk the seven hills of Rome?

Rome is a city best admired from above, so there are few better ways to spend a sunny afternoon than eating gelato while gazing at the Rome skyline, admiring the perfect curve of St. Peter’s Basilica and the jagged ruins of the Colosseum. If you have already done all of your organized tours and are ready to see the city from a new angle, consider packing a picnic and scaling some (or all!) of the famous Seven Hills of Rome. Each hill offers an entirely different view of the city, from the ancient ruins at Palatine to the Presidential residence on Quirinal and the relaxed residential vibe of Aventine.

The Seven Hills of Rome are on the east of the Tiber in the heart of the Ancient City and are said to be the origins of the empire. Back in the day (there is proof of civilization on the hills from as early as 1,000BC) the seven hills were inhabited separately, each with its own independent tribe. Eventually, the tribes came together to compete in sports, strengthening their bonds and uniting their villages. And thus, began the great Roman Empire.

Today it’s a little more challenging to pick out the seven hills of Rome at a glance. The area that the city covers is much larger than it used to be and the valleys are less pronounced now that they are packed with towering spires and basilicas. The best way to get your bearings is to climb Palatine Hill first– the most central of the Seven Hills of Rome. Consider setting out as early as possible to avoid the crowds here.

Today Palatine Hill makes for one of the best historical sites in the city, with ruins that date back to 1,000BC, far outdating the Colosseum or Roman Forum. The hill was a favorite for Ancient Roman emperors as a home for heavenly palaces and is the reported birthplace of Augustus, Rome’s first emperor. Wandering among the columns that litter the hill you’ll be able to trace some of the other hills of Rome quite easily. See if you can pinpoint your next stop – Capitoline Hill, recognizable by the enormous palaces that adorn it. 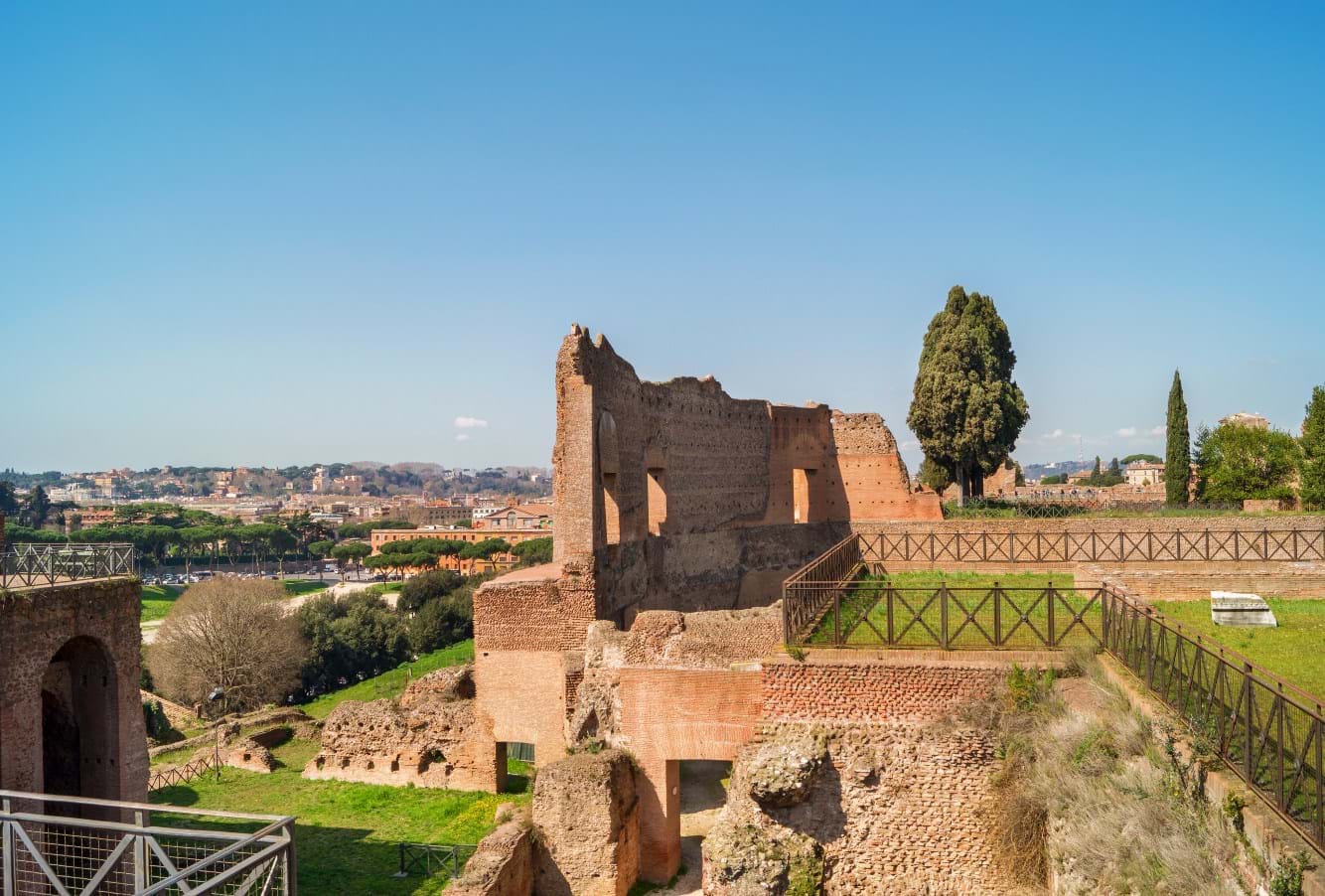 It’s only a skip and a jump to Capitoline Hill next (and the earlier you can make it here the better). This hill’s most famous story is probably that of the Sabine invasion when a maid, Tarpeia, secretly opened a gate for the Sabines allowing them to storm the fortification. For her betrayal, she was thrown off the edge of the hill onto jagged rocks below. Since then the hill has been home to temples, residences and the seat of government. In the 16th century, Italy’s favorite child Michelangelo was given the job of redesigning the space. In response he came up with the current design for the Piazza del Campidoglio, changing the facades of the buildings and angling the complex to face towards the Vatican and away from the Roman Forum, echoing the city’s priorities at the time. 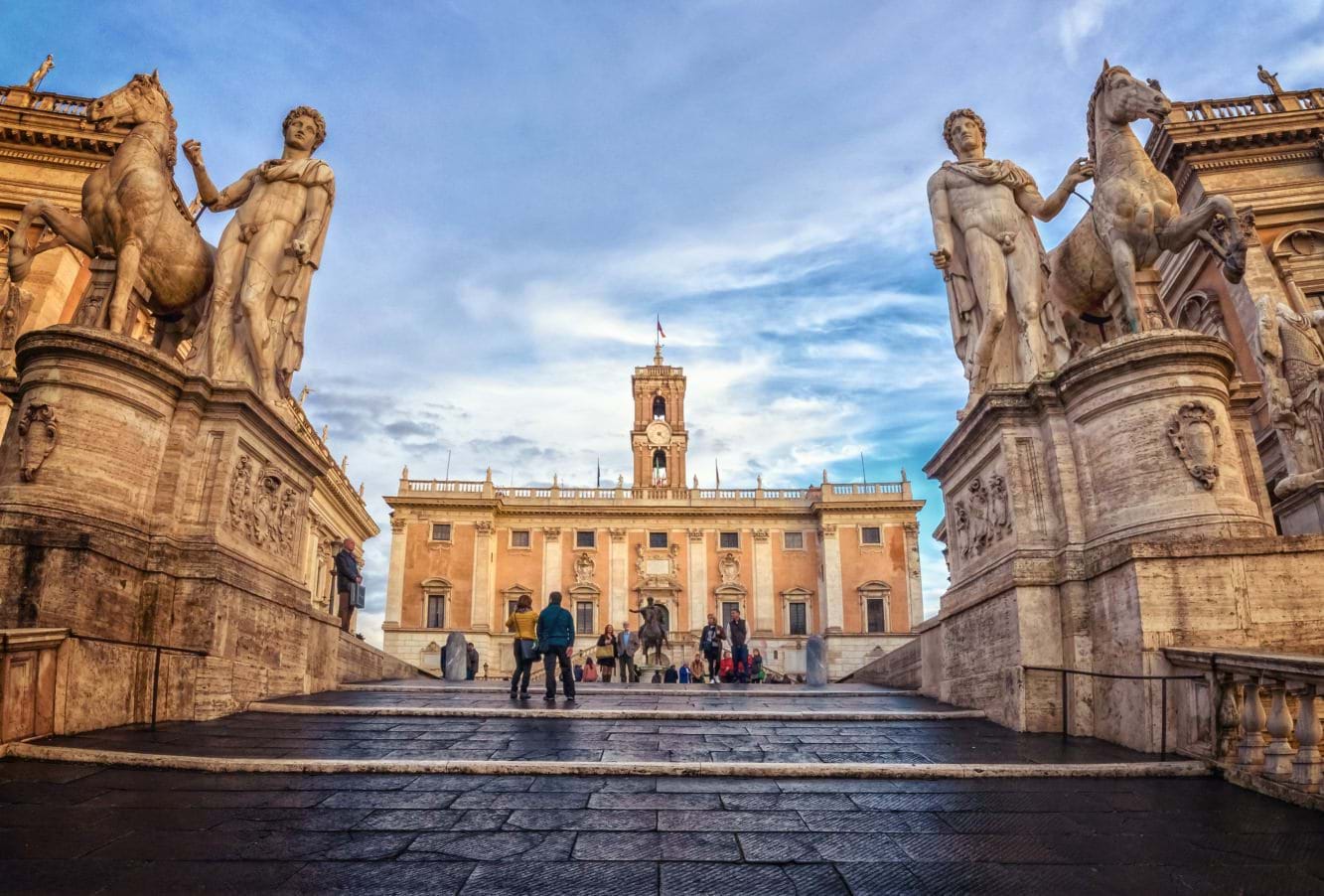 Today the Capitoline palaces are a series of archaeological museums that are well worth a visit (see the official website here for details), housing the oldest public museum collection in the world.

Get in one last great view of the city before you head for your next stop, Quirinal Hill, which features the official residence of the Italian Head of State. The Palazzo del Quirinale or Quirinal Palace is open to all visitors on Sundays (except May 1 and May 29) and has a great display of the beautiful possessions that were once owned by those that lived in the palace. Since the building once housed the Italian monarchy and the Pope, it’s hardly a surprise that tapestries, jewelry, carriages and artwork are just a small selection of what is on show here. There are plenty of other things to see on Quirinal Hill too. Once upon a time, it was the most desirable place in Rome for nobility to live, so there are several other palaces (including the Palazzo Barberini, now home to the National Gallery of Ancient Art) along with a handful of Baroque churches and fountains. 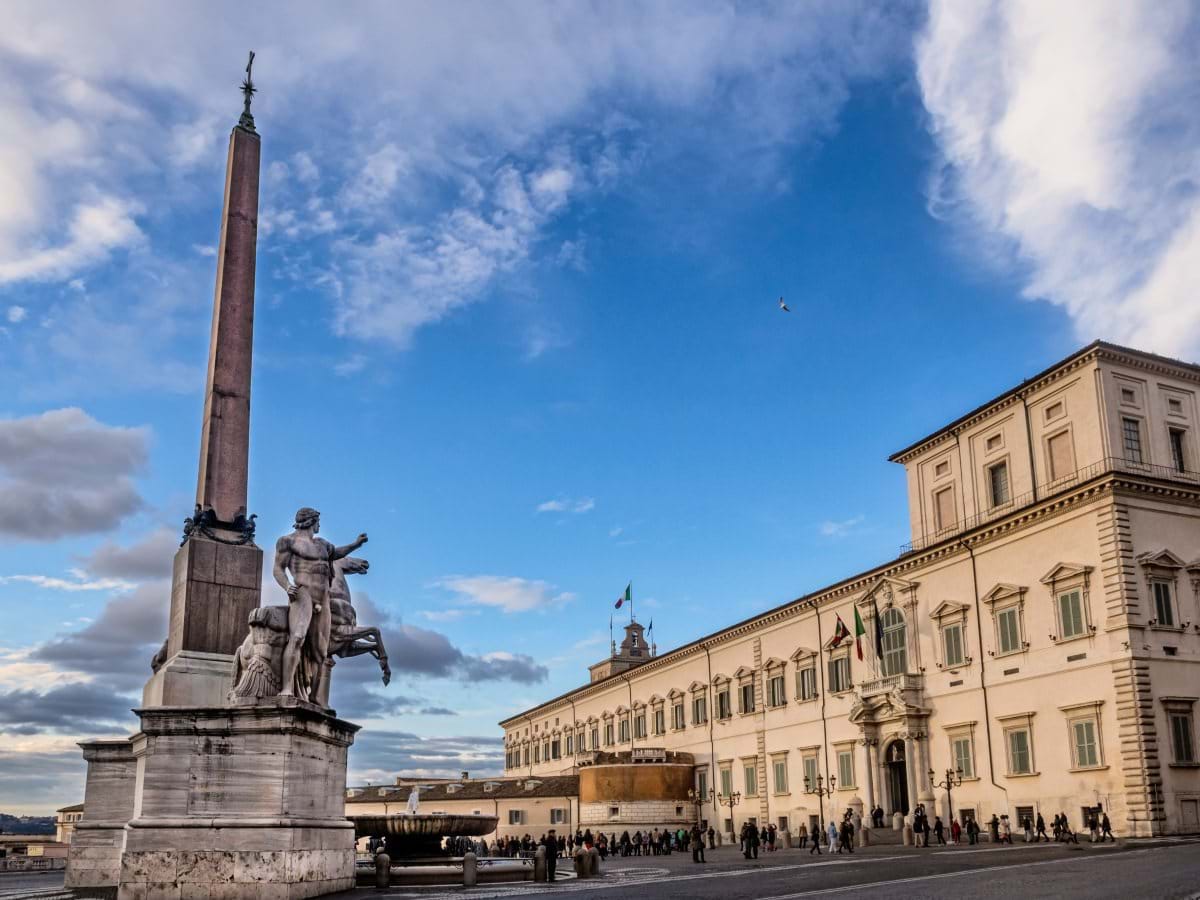 If you don’t fancy walking, take a bus or metro to Termini Station. The center of Rome transport sits on Viminal Hill which is also home to the Teatro dell’Opera and the Viminale Palace, now home to the Ministry of Interior. Try to fit in an opera shows if you have time.

Walk or hop on a metro to Esquiline Hill which rises behind the Colosseum. This is where Emperor Nero built his mile-long golden house, where Trajan built his bathhouse and where it is thought that the 3rd century Horti Liciniani gardens once sat – a feature of which you can see today in the well-preserved nympheum, formerly the Temple of Minerva Medica. The site most worth visiting on Esquiline Hill, however, is the Basilica di Santa Maria Maggiore, one of the four papal basilicas (St. Peter’s Basilica in The Vatican is another). 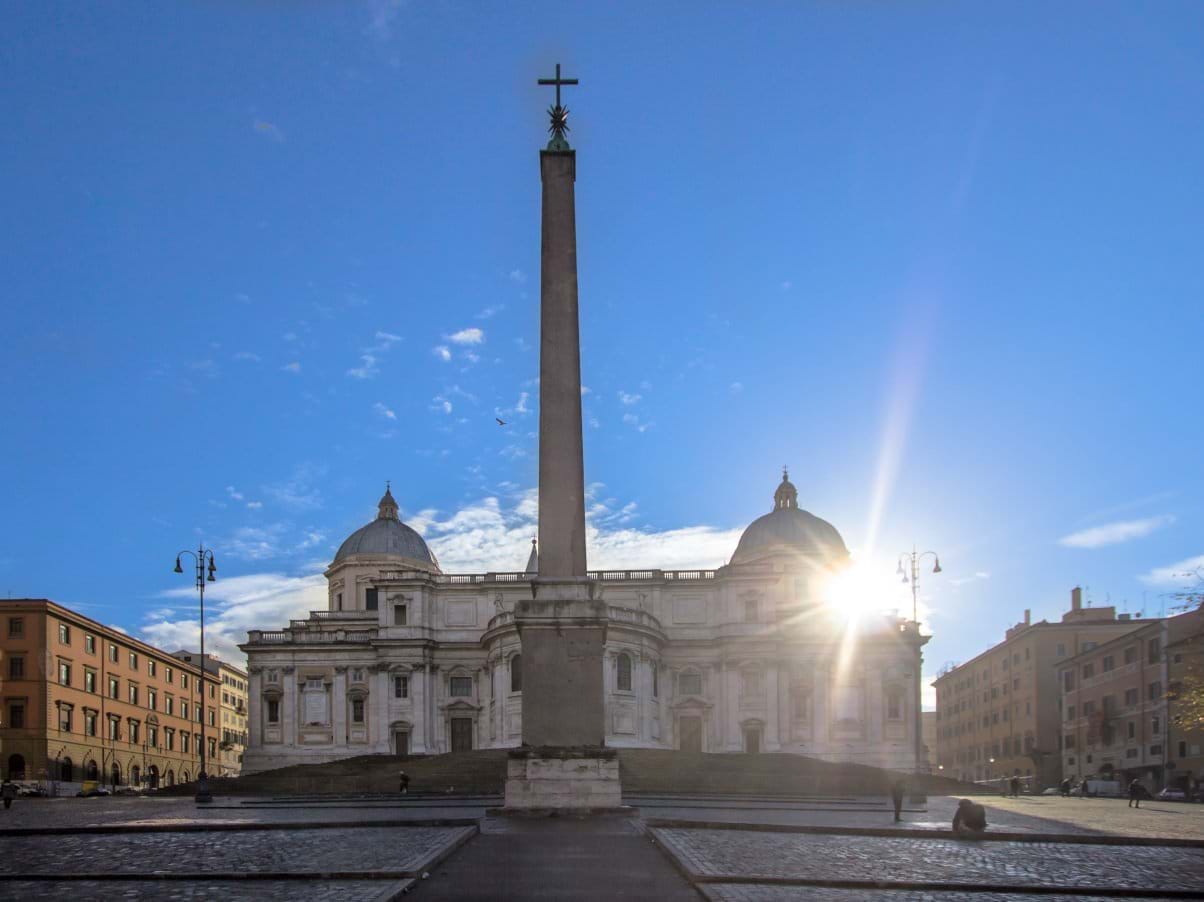 The Caelian Hill is your next stop – a beautiful, tree-lined, relatively quiet part of Rome. For a small admission here, you can wander the 3rd-century Baths of Caracalla. Unfortunately, the baths were damaged by an earthquake in 2009, but the ruins are still in great shape with many mosaics quite similar to those found in Ostia Antica still intact. The hill is also home to Santi Giovannie e Paolo, a basilica originally constructed in 398AD, and the impressive central-plan Basilica di Santi Stefano Rotondo. 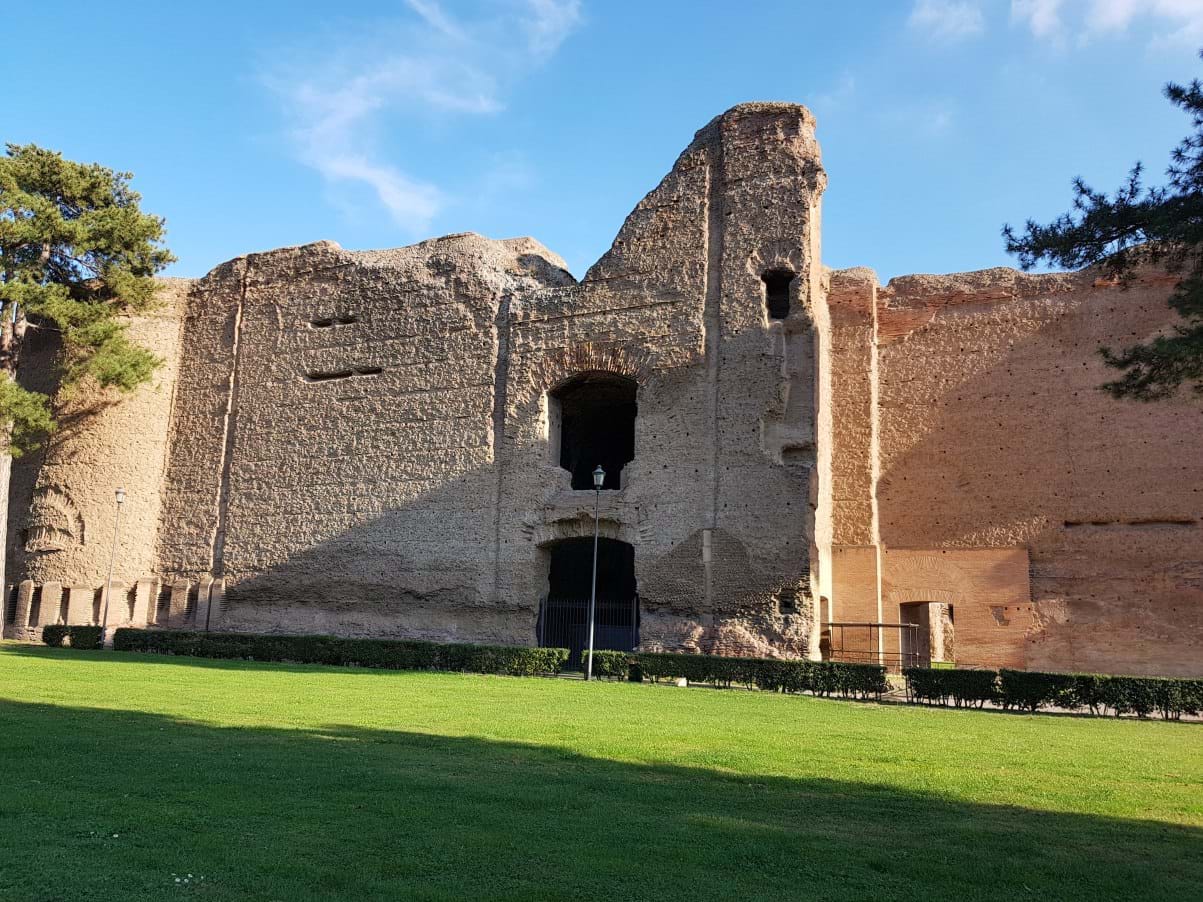 On your way towards your next and final peak, Aventine Hill, take a wander through the gardens of Villa Celimontana, which covers the valley between the two hills. The gardens are quite pretty and have public park status, so entrance is free.

Aventine Hill is a lovely residential spot so take your time wandering around, admiring the elegant architecture. Things could have been so different for this quiet place – legend has it that when Remus and Romulus’s father died, they competed to see which one would form his own city. Remus chose Aventine Hill while Romulus chose Palatine Hill. Had Remus beaten his brother in their games, the city of Rome would have been founded here and who knows what it would have been called. 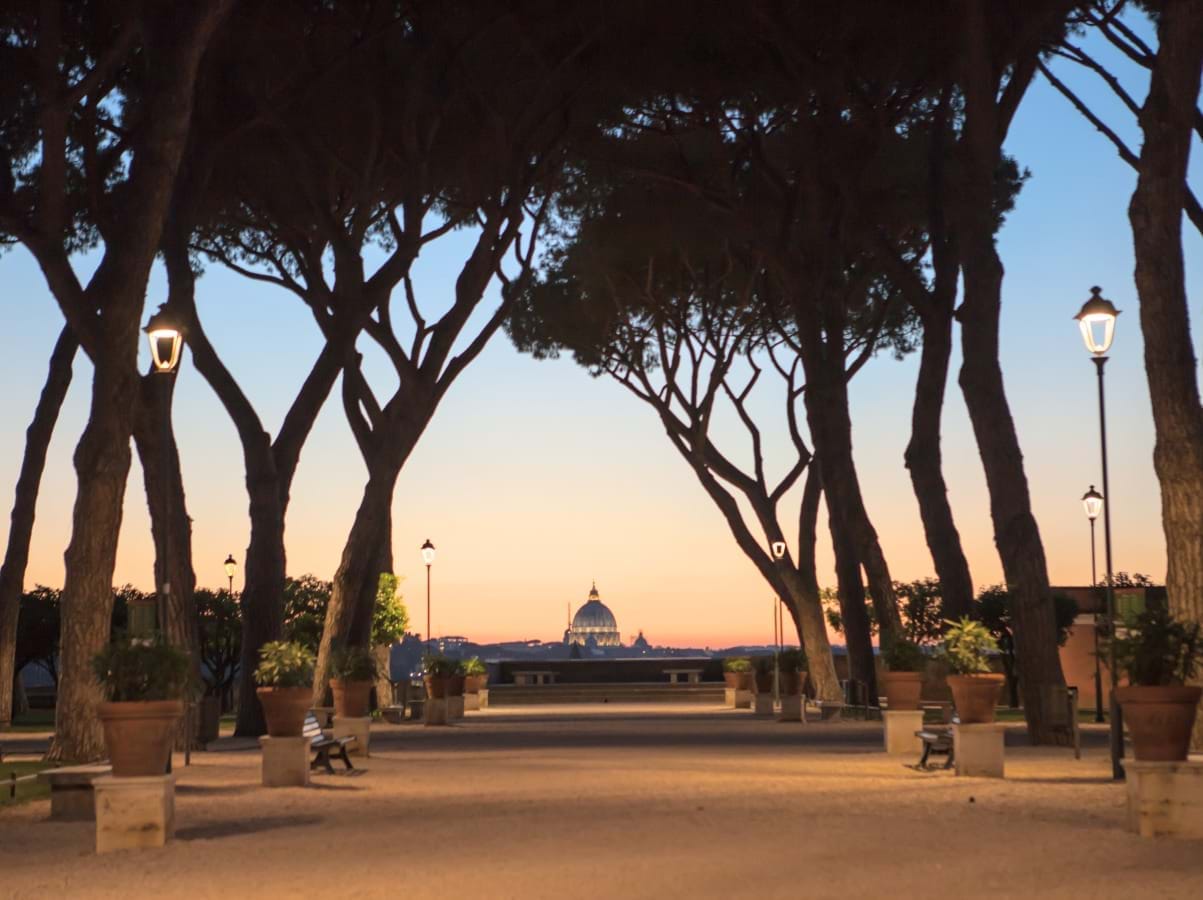