A day in Rome is all you need to fall in love with the Eternal City. You’ll want more, no doubt, but you can feel reassured that 24 hours is enough time to luxuriate in your own Roman adventure.

If you’re asking what to see in Rome in one day, then our day-long guide is your perfect companion. There’s something timeless about Rome, and no matter how long you have to explore this magnificent city we can guarantee you that you’ll forever lose a tiny piece of your heart to it. Our tours ensure you experience everything Rome is known for.

To get the best feel for Rome, stop for a few minutes to do the same as the Romans, such as getting a quick coffee or gelato while you go about your day

Begin Your Day at Gladiator HQ

Wherever you go in Rome, you’ll be walking in the footsteps of the mighty gladiators, but there's no doubt that visiting the Colosseum is the most gladiator-like experience you can have.

Also known as the Flavian Amphitheater, construction began on the Colosseum in AD 72 and was completed in AD 80. Used for public entertainment initially, the amphitheater could hold up to 80,000 people. Although weather events and vandals have damaged the Colosseum over the centuries, it remains a potent symbol of iconic Rome even today.

In the morning, it’s far less packed with other people and there’s something about beginning your day here that just gets you into a Roman state of mind. When you tour with us, you can maximize the time you have available by taking advantage of our Skip-the-Line access. Plus, you can choose our tours that take you to the Gladiators Entrance and Arena Floor - both areas that are closed to the public. 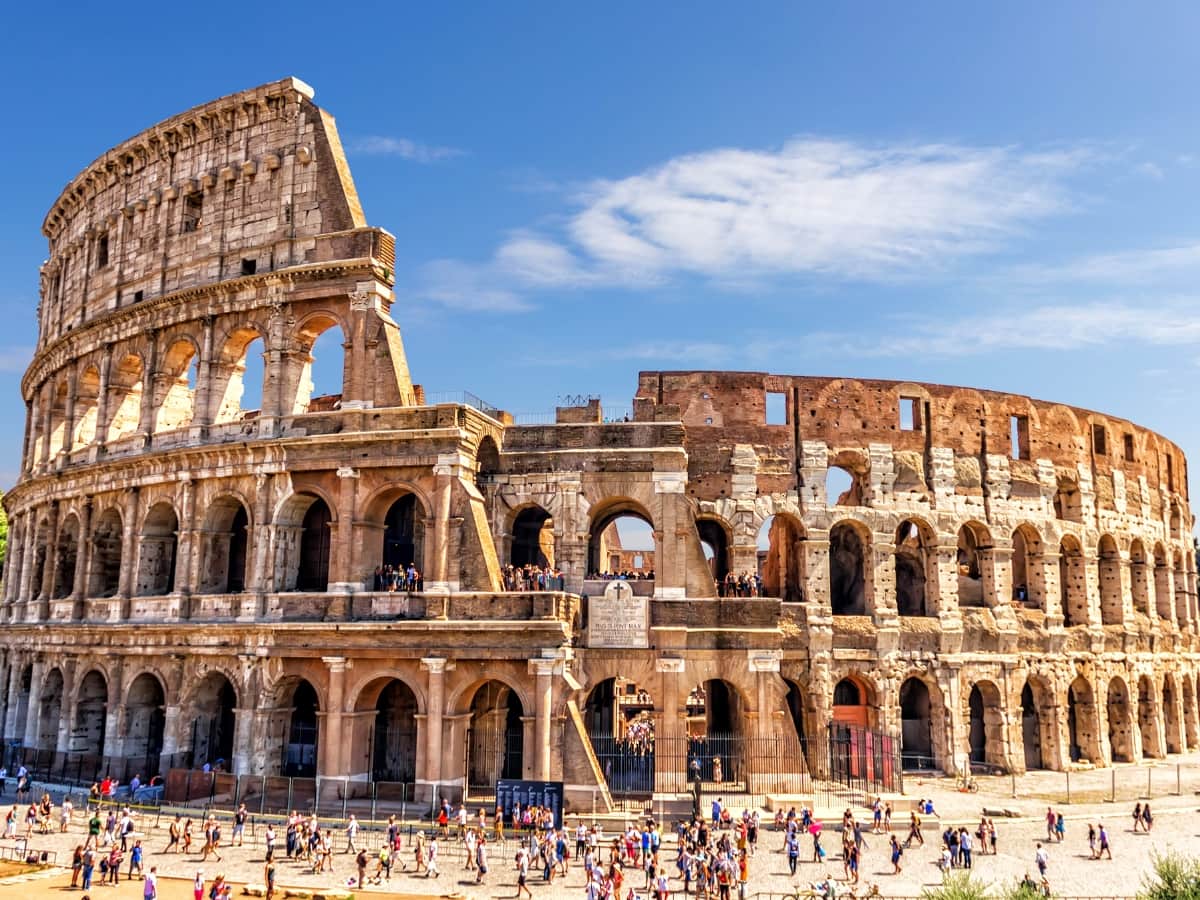 Get your Gladiator on at the Colosseum

Discover the Nucleus of Roman Life

In near proximity to the Colosseum, we highly recommend that next you visit the Palatine Hill and the Roman Forum. Both of these areas were the center of Roman public life and the ruins of various government buildings, temples and marketplaces can still be seen. Once you climb to the top of the hill, you’ll be rewarded with stunning views over the city. Legend has it that Palatine Hill is where the she-wolf Lupa found Romulus and Remus and nursed them, which is Rome’s founding myth. Historians have uncovered evidence that shows humans have been settled in this area since the 10th century BC.

You’ll also feel a sobering realization that it was here that rules, laws, and policies were made that affected the whole Roman empire, which in its heyday, consisted of 56.8 million people and covered 4.4 million kilometers. 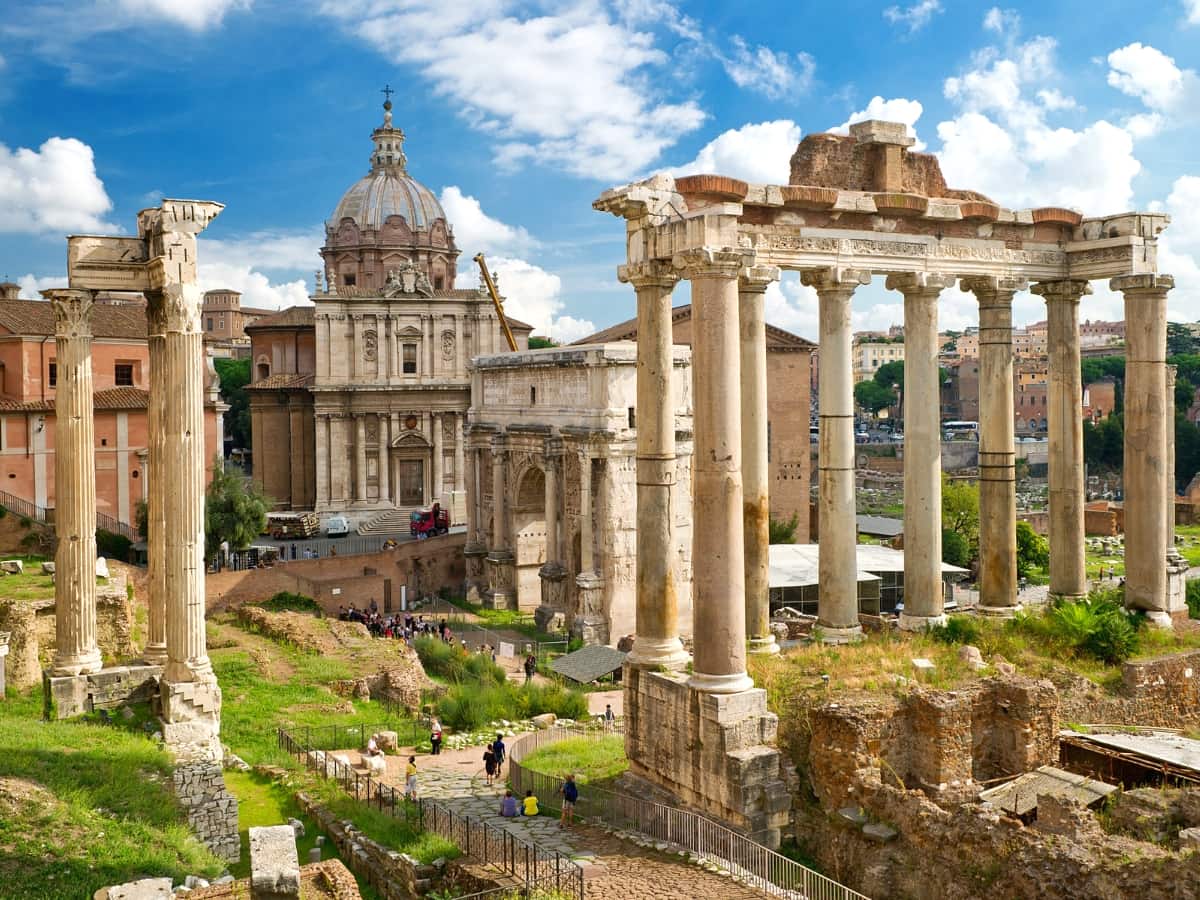 Just under a 30-minute walk away from the Roman Forum is the Pantheon. This temple is 2,000 years old and is still considered a sacred place. No one is quite sure of the origins of the Pantheon. The interior and exterior of the building are considered perfect examples of ancient architecture, and while the identity of the architect is not confirmed, most historians believe it to be Apollodorus of Damascus. An added bonus is the specially designed oculus inside which opens to the sky making it one of the best things to see in Rome on a rainy day.

The Pantheon’s dome is the largest surviving dome from antiquity, and from AD 608, it has been a religious building. 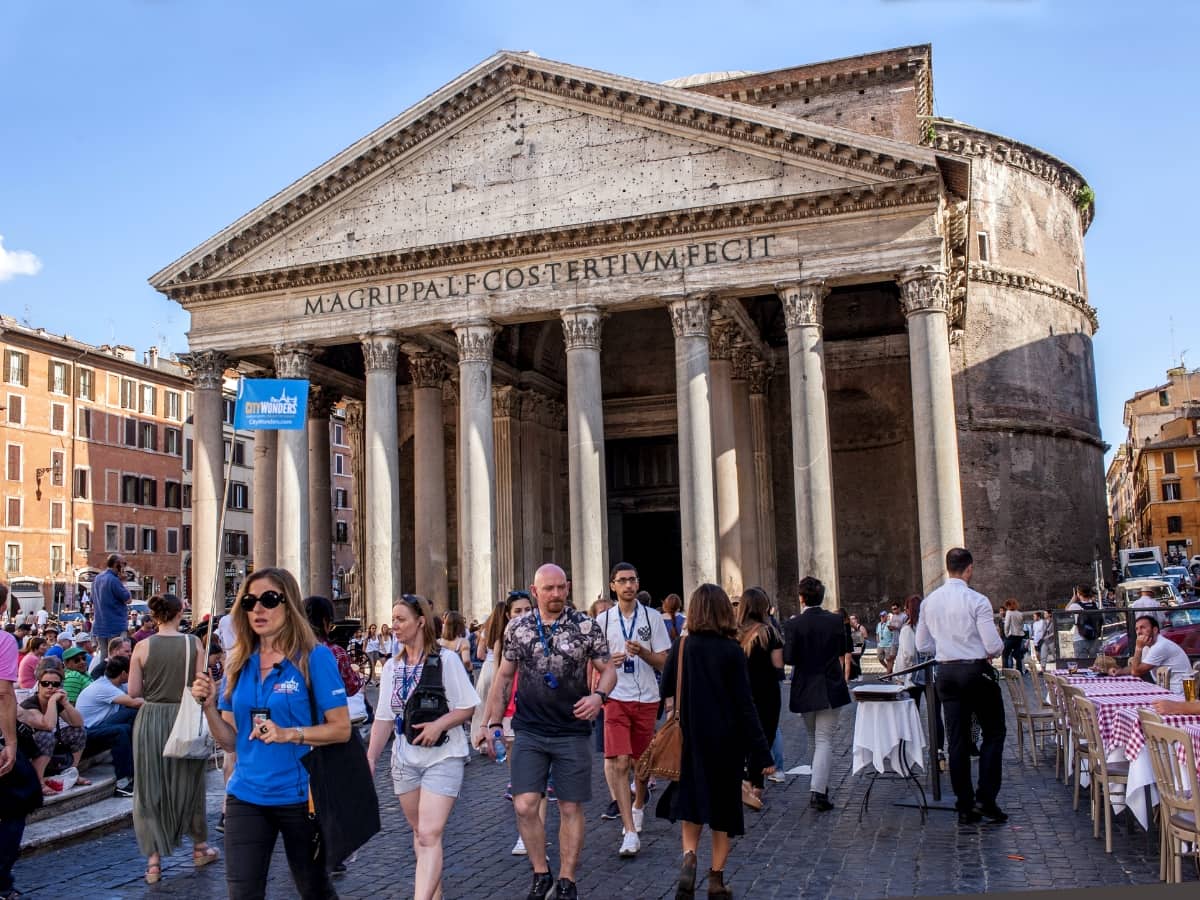 Make A Wish at the Trevi Fountain

Surely one of the most famous fountains in the world, thanks to the director Federico Fellini immortalizing it in his famous film La Dolce Vita, the Trevi Fountain was built in 1732. Designed by architect Nicola Salvi, various statues depict scenes from ancient legends on the backdrop to the fountains. One includes Oceanus being transported by two seahorses. The site of the fountain sits squarely on a water source discovered in 19 BC; one that supplied the city with water for 400 years.

Its beauty hits you squarely in the eye as you walk towards it, and the crowds all jostling to take a photo do nothing to lessen its impact. Being as stunning as it is, there’s no bad angle from which to take a photo of Fontana di Trevi. But, if you have a specific location from which you want to capture the fountain, simply wait until the queue in front of you dissipates. Everyone is usually in high spirits as they bask in the beauty of the Trevi Fountain. Legend has it that throwing a coin in the fountain’s waters will ensure you return, maybe for longer than 24 hours next time! 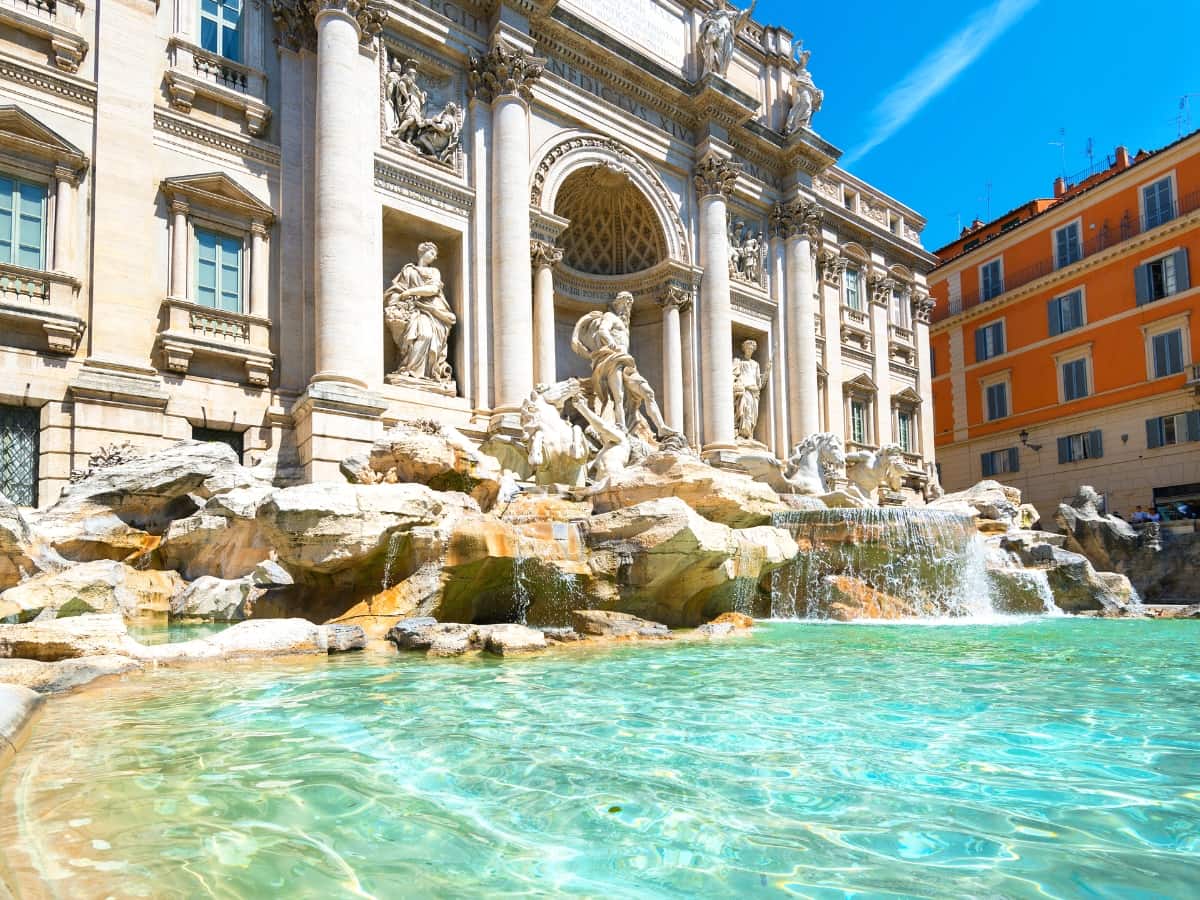 Enjoy a Roman Evening at the Spanish Steps

By now, late afternoon is falling. Hopefully, you’ve had a bite to eat through your day but an ideal way to end your day in Rome is to see the Spanish Steps and then enjoy a lovely meal.

The Spanish Steps, consisting of 174 steps, were built in the 1700s. Today, they’re a favorite spot for young people to mix and Piazza Di Spagna attracts tourists as well as locals. People watching here is an activity that will always be rewarded; there’s lots of la dolce vita going on. The area’s central location and beautiful environment have been a drawcard for centuries. Indulge yourself with a small gelato while reclining on one of the steps and experience Rome at its finest.

Restaurants in this area have to cater for Romans as well as visitors, and that means that you’ll have a choice of some pretty fine eating establishments at your fingertips. So, end your day in Rome by giving yourself the wonderful treat of an authentic Roman meal, such as Cacio e Pepe (a simple pasta dish made with cheese and pepper) and a glass of wine as the sun sets. Bellissimo! 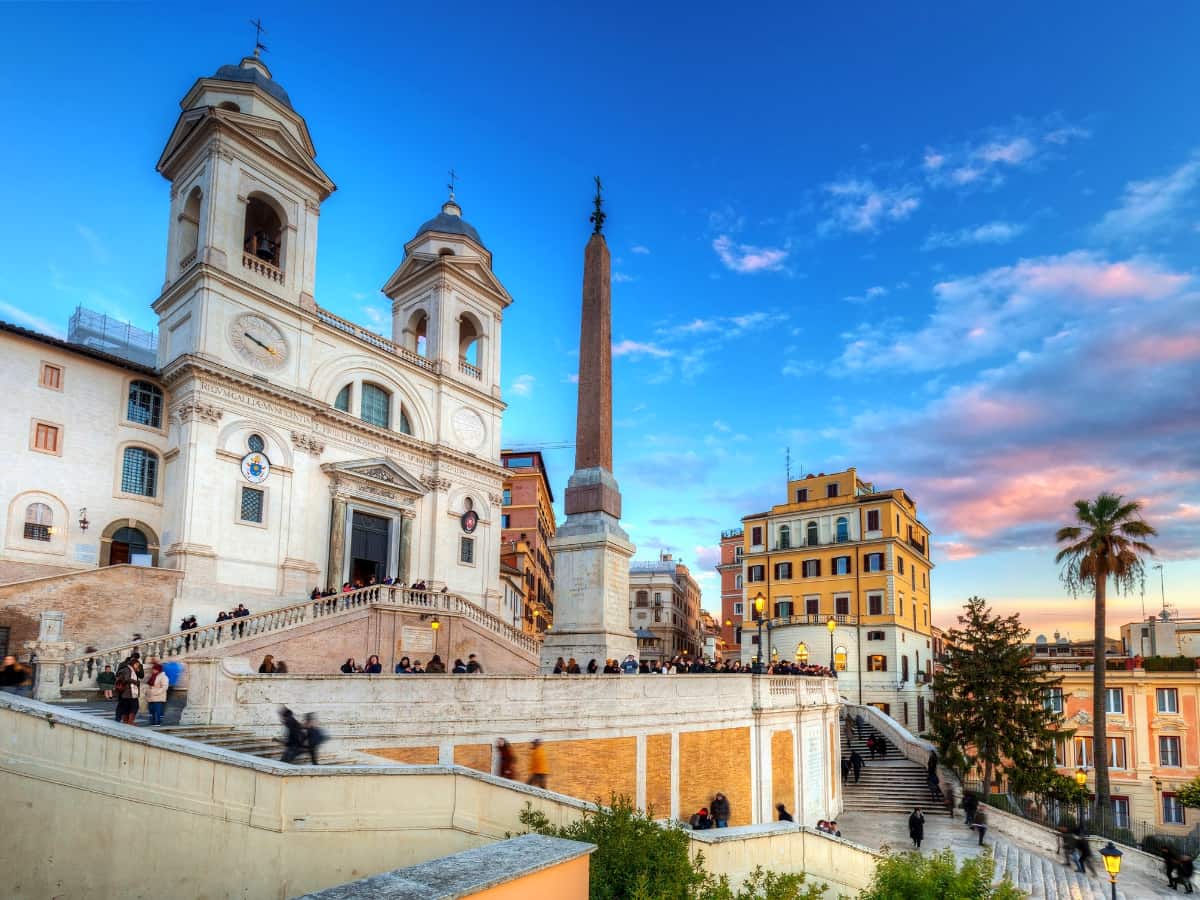