Five Sights to See within Five Minutes of the Vatican

The Vatican – much like the Colosseum and the Roman Forum – is one of Rome’s must-dos. Almost every traveler who visits the Eternal City has the Vatican on their agenda so it’s likely you will find yourself here at some point during your trip. And while you’re here, it’s worth bearing in mind that though the Vatican Museums and St. Peter’s may be the headline attractions, they are not the only worthwhile sights in the neighborhood. Whether you’re between tours and have some time to spare or are done with the Vatican and want to squeeze in something else, these five fantastic attractions, all within five minutes of the Vatican, are well worth checking out. 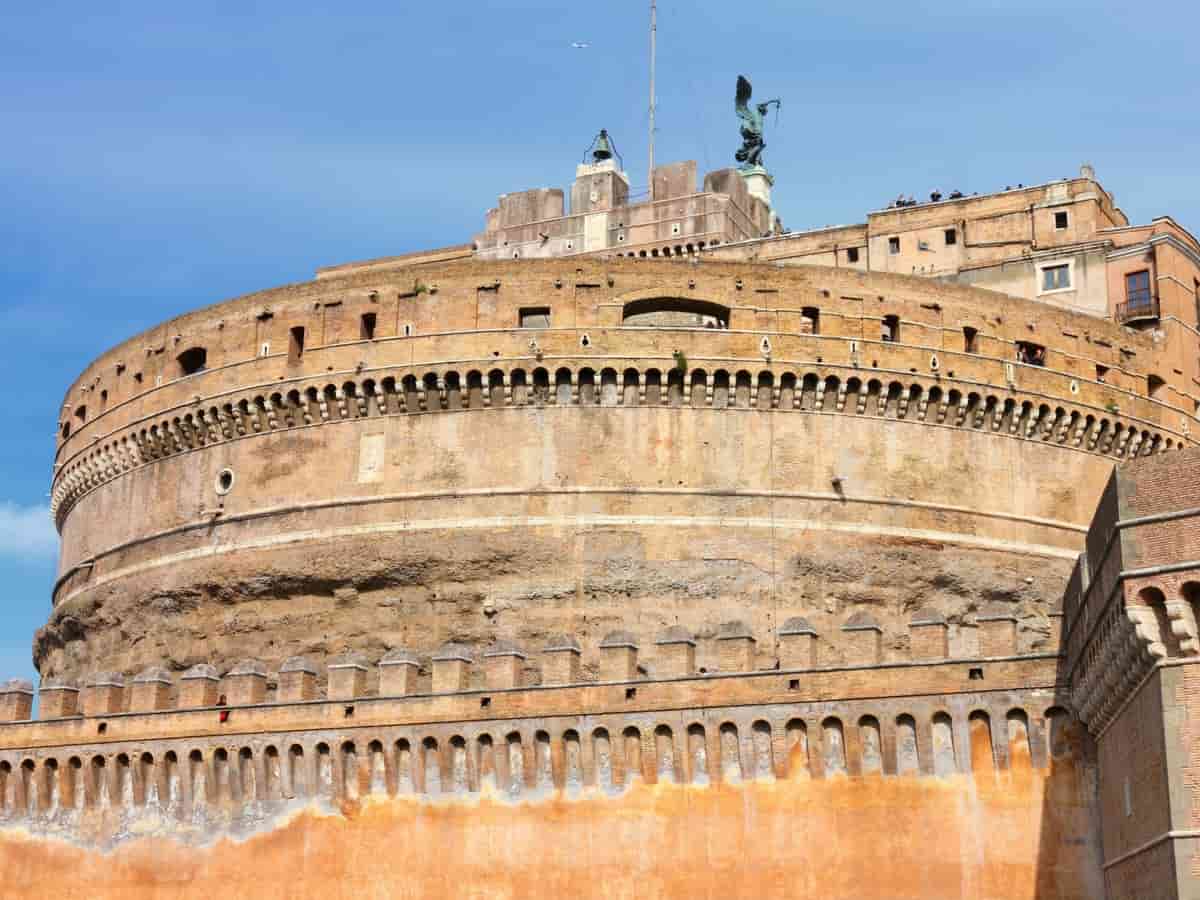 Mausoleum to Museum: the history of the Castel Sant'Angelo is truly fascinating.

Just a short stroll east of the Vatican on the banks of the River Tiber sits this hulking fortress, one of Rome’s myriad postcard-worthy landmarks. Conceived and constructed in Roman times, Castel Sant’Angelo was originally meant to serve as a mausoleum for Emperor Hadrian, though it was soon incorporated into Rome’s defence systems. In the 13th century, the papacy got their hands on the fortress and decided to use it as a place of refuge for the pope in case of danger. You can see the fortress, as well as the secret corridor connecting the castle to the Vatican, which Pope Clement VII scurried up during the 1527 Sack of Rome, on our Angels and Demons Tour. 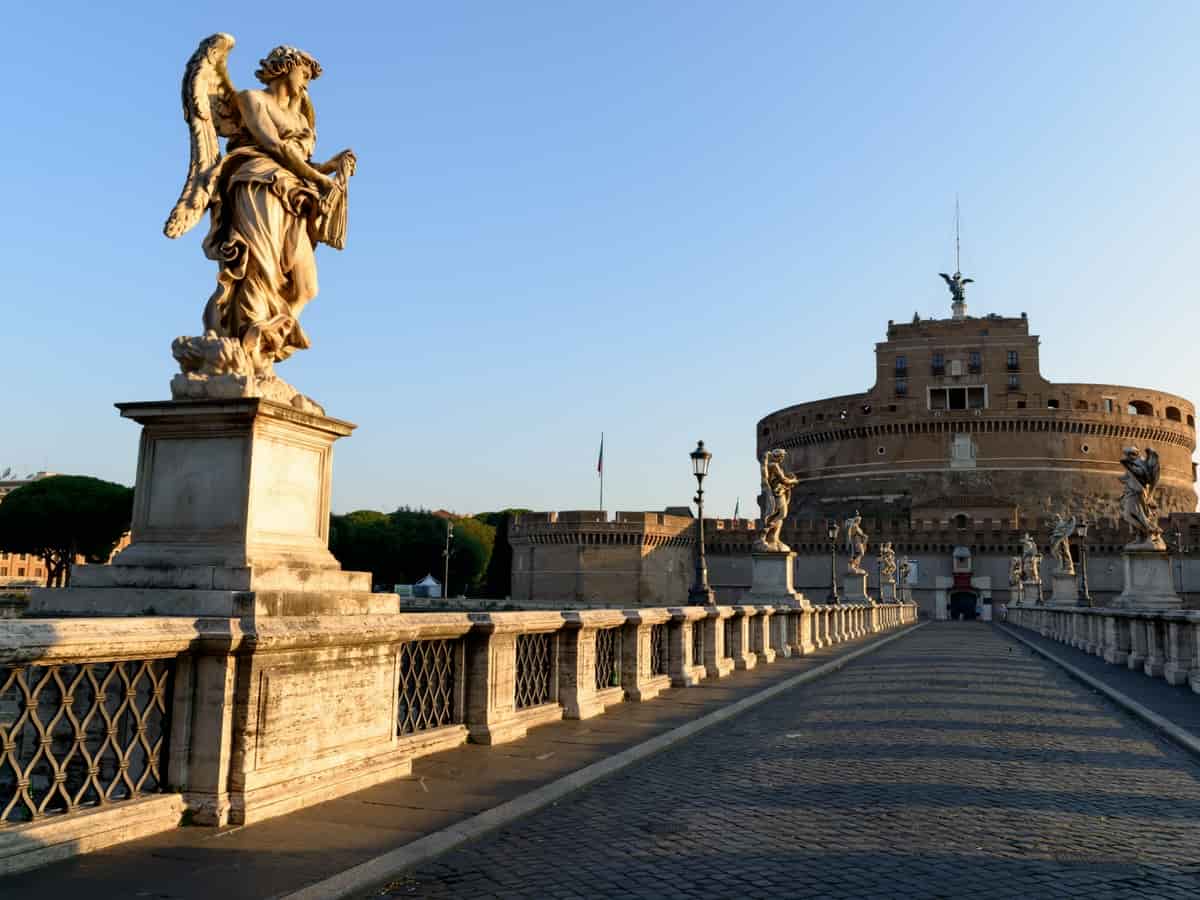 Angels of the Ponte Sant'Angelo, each depicting their own little story, with the Castel Sant'Angelo in the background.

Also worth a quick diversion from the Vatican is the poetically named Ponte Sant’Angelo, meaning Bridge of Angels. Though the bridge has existed in some form since ancient times, it only got its current name after Pope Clement IX commissioned prominent Baroque sculptor Bernini to complete a series of statues for it in the late 17th century. Look closely and you’ll see each angel is holding an object related to Christ’s death: one has a crown of thorns, another holds nails in its hands, while another bears a cross. 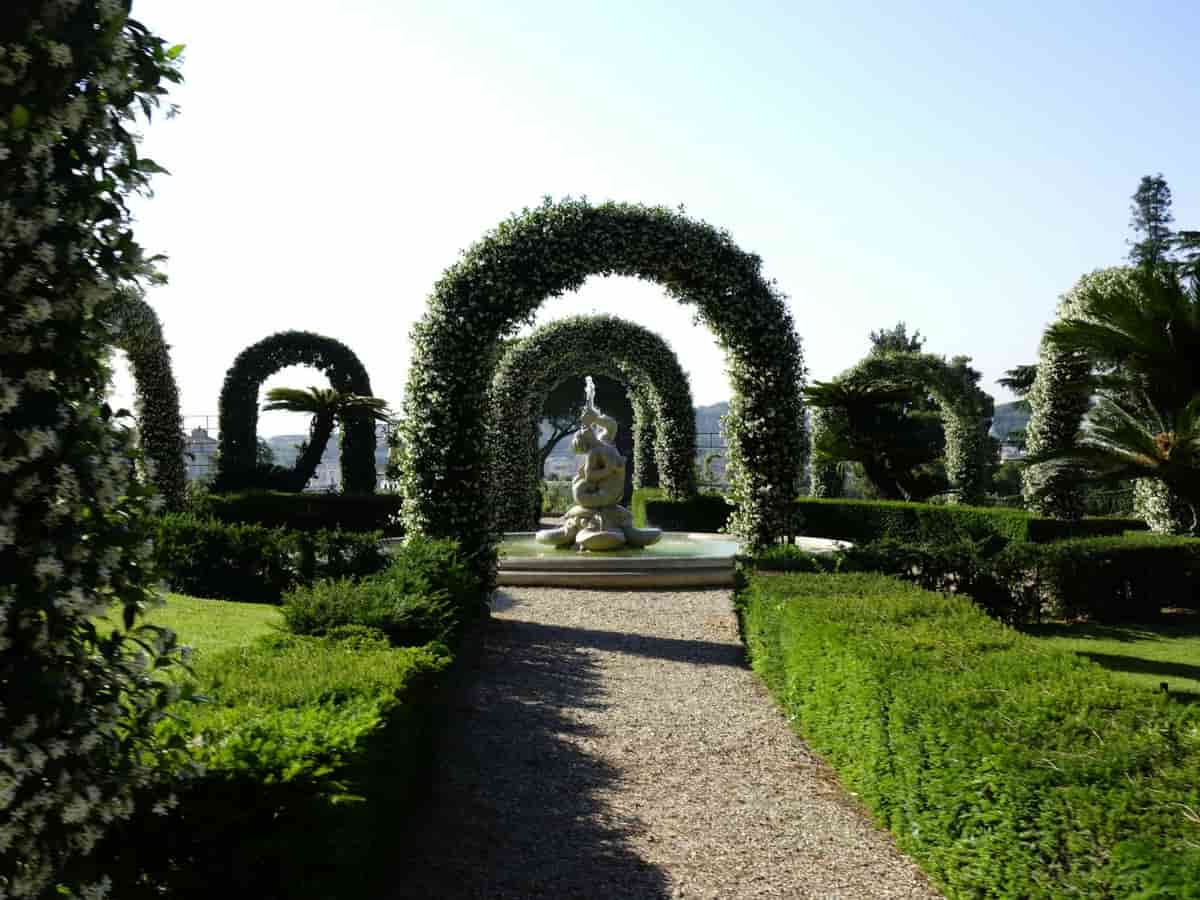 The Vatican Gardens have been a quiet refuge for Popes since 1279.

Unbeknownst to most visitors to the Vatican, who are preoccupied with the masterpiece-jammed Vatican Museums and St. Peter’s Basilica, the tiny papal state actually features 57 acres of lush gardens. The Vatican’s well-manicured gardens contain fountains, fortifications and monuments as well as (a little-known fact) the Vatican’s railway station and the Pope’s heliport. You can only access the gardens by guide tour; get in before the crowds with our Vatican Tour with Breakfast. 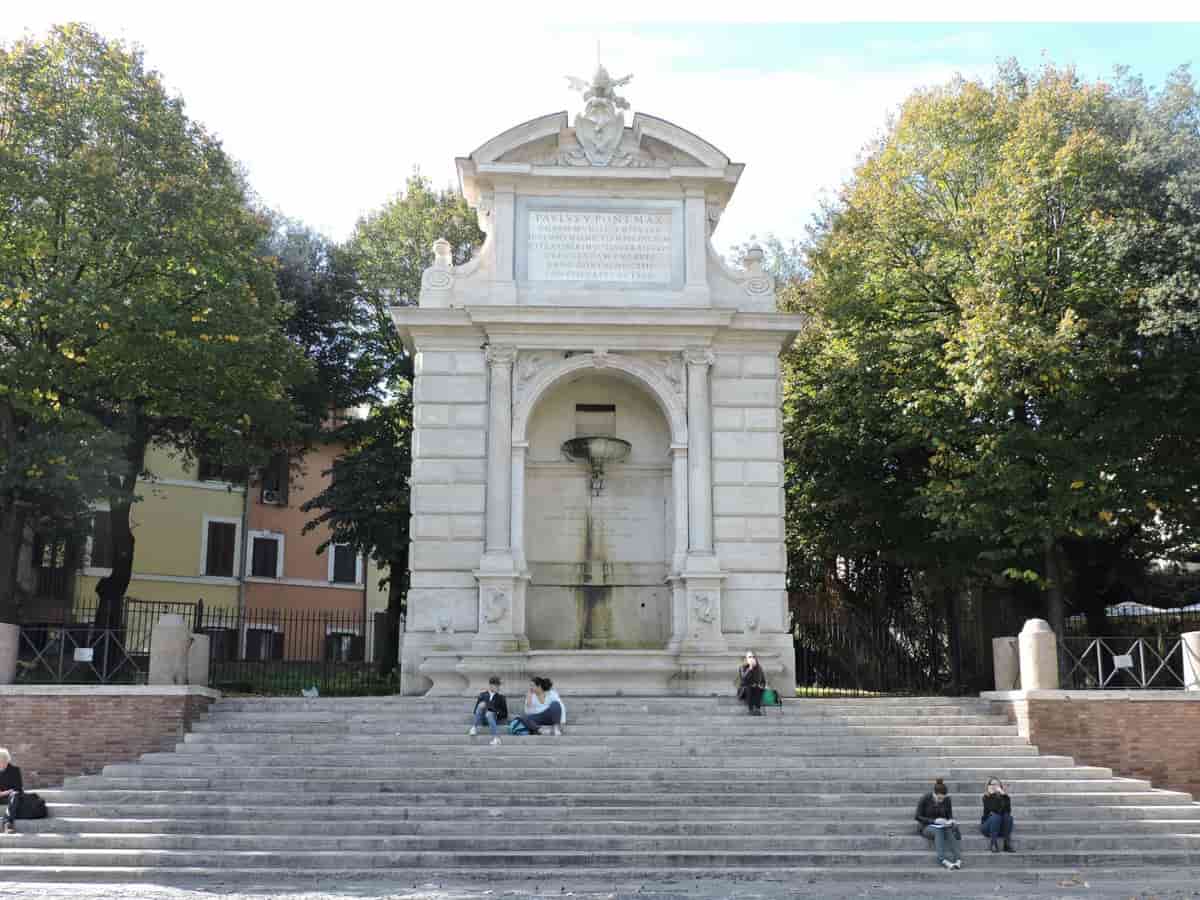 4. Be Spellbound by Trastevere

Just a short hop south of the Vatican is the neighborhood of Trastevere, a much-loved corner of the city. There are no big-name attractions here, just an attractive knot of cobbled, café-fringed streets, where washing lines hang between weathered apartment balconies and tattoo shops, trattorias and wine bars occupy spaces between centuries-old churches and palazzos. Familiarize yourself with this charming neighborhood during our Trastevere Walking Food Tour, which includes a gourmet four-course dinner with wine in a historic private villa. 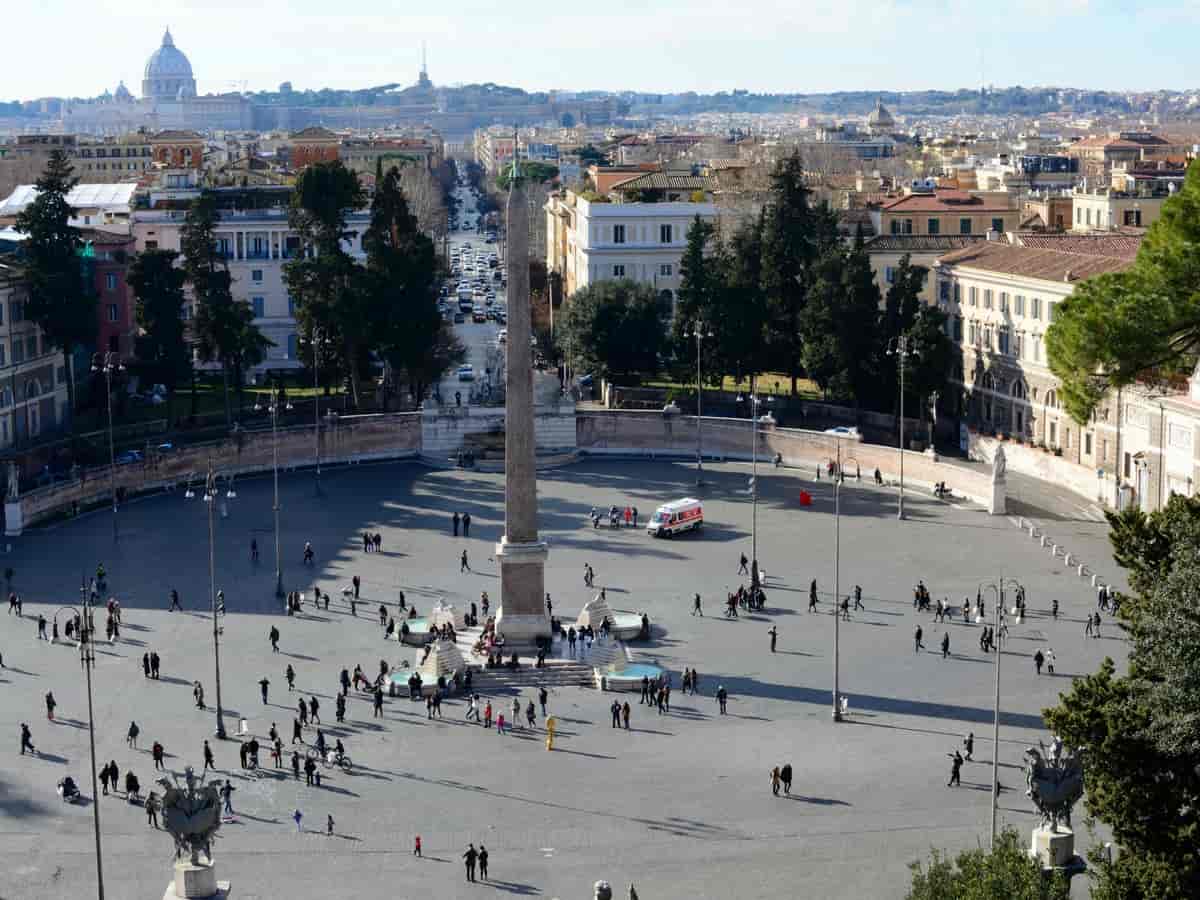 Piazza del Popolo where the Egyptian Obelisk Seti I stands.

Unless you’ve got a Vespa and can zip through congested traffic, getting to this piazza from the Vatican may take a touch more than five minutes. Nevertheless a side-trip here is one definitely worth taking. This large, open square spreads out around the ancient Flaminio Obelisk and there are lots of architectural treasures lining the square’s edges, including the Basilica of Santa Maria Del Popolo, which holds two revered Caravaggio paintings as well as works by Pinturicchio and Bernini. Possibly the most entertaining thing to do here though is people-watch: order yourself a coffee and sit back and observe as the never-ending stream of people stroll by.

Eating Neapolitan in Naples: Where to Go

Best Bars with a View in London