Discover the past on our Notre Dame tours

Take a tour* of Île de la Cité and discover how this settlement founded by the Parisii tribe tells the tale of the delicate balance of power between religion and government in one of the most secular countries in Europe.

Explore the Origins of Paris

Your tour begins on the bridges of Pont Neuf beneath the statue of Henri IV on horseback.

You’ll visit Place Dauphine which the king designed to foster an air of calm in the city after the religious wars and which is still used by Parisians for games of petanque.

From here, you’ll see the Conciergerie and its ominous towers. It was originally the home of the French kings before becoming the city's administration center. It was later used to hold members of the aristocracy during the revolution which spread around the world.

You’ll pass the Palais de Justice where tribunals sentenced Marie Antoinette to the guillotine. Beside it stands Sainte-Chapelle, built to house the Crusader relics which gave the kings legitimacy. Its spire became the model for Notre Dame after the revolution.

On Rue de Lutece you’ll hear about the pagan shrine which lay beneath Notre Dame. You'll discover the saint who tried to bring Christianity to Roman Paris and how he lost his head in the process. You'll hear how a French King and Queen saved Paris from attack and began the close relationship between the monarchy and the church which changed the face of Europe.

As you walk around the closed Notre Dame Cathedral your guide will point out the features of the finest example of Gothic architecture in the world. The flying buttresses support rib-like vaults and high ceilings which were so unlike the small dark churches of the time. Before the printing press, the radiant rose windows, detailed portals, statues of saints and menacing gargoyles brought the bible stories to life.

The cathedral was further immortalized in literature by Victor Hugo and it became the home of relics such as the Treasure of Notre Dame – a ring of gem-encrusted rock crystal containing the Crown of Thorns. As the cathedral is the zero point* from where all French distances are calculated, it has many customs associated with it for travelers. This much-loved cathedral has withstood revolutions, world wars and the recent fire making it a global symbol of heritage at the heart of France.

Leaving the island, your guide will bring you across to the Left Bank of Paris. Known for its intellectual energy and student life this is where you will get the best view of the Lady of Paris before you pass the bookstore “Shakespeare and Co”, featured in the movie Midnight in Paris.

Join us on this 1.5hr incredible journey into the heart of historical Paris and savor the history, craftsmanship, and the legacy that envelope the island and the medieval buildings it contains.

If you are interested in more tours of the city, check out our tours of Paris.

*Please note that the streets around the Cathedral are closed until further notice. Therefore we won’t be able to access the square in front of Notre Dame and see the 0km point. However, your guide will ensure to take you through alternative routes so you can get as close as possible to the Cathedral 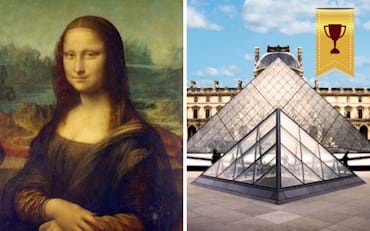